In 1980, I turned four years old and it was right around that time that I had my first memory of understanding that I grew up in Philadelphia Eagle country. Sundays (and the occasional Monday night), were planned around what time the Birds would come on. Weekend chores like mowing the lawn, weed whacking, chopping wood, working on the garden or taking down or putting up holiday decorations were done on SATURDAY, well ahead of any scheduled kick-off.

Family birthday celebrations, Thanksgiving and the Christmas gift exchange were coordinated around the Eagles schedule (printed on a stock mailer from my parent’s insurance company) that hung in the same place on our refrigerator every year. We were taught at an early age that the New York Giants and Dallas Cowboys were NO GOOD and when asked who our favorite team was – we were to reply “I bleed GREEN, baby!” This way of life, these traditions, have shaped me to be the fan I am today. I have fond memories of spending Sundays on the sofa with my dad, or lying on the floor in our Eagles sleeping bags, watching Ron Jaworski lead us to victory under the direction of Coach Dick Vermeil. My old man would grab a box of Ellio’s Pizza from the freezer and toss it into the oven.

We never really had a ‘good set’ of knives while growing up, we had ‘old faithful’, a 10-inch blade with a wooden handle so rustic it looked as if it had been hand-forged and passed down from the early settlers. (NOTE: Old Faithful was replaced several years ago by a set of block knives, but remains in the drawer.) He would lay that Ellio’s rectangle down on the cutting board as my brothers and I looked on and say, “Strips or triangles?” and cut us each several pieces, accompanied by a handful of potato chips. We were always jealous that he got to have an ice cold soda with his… 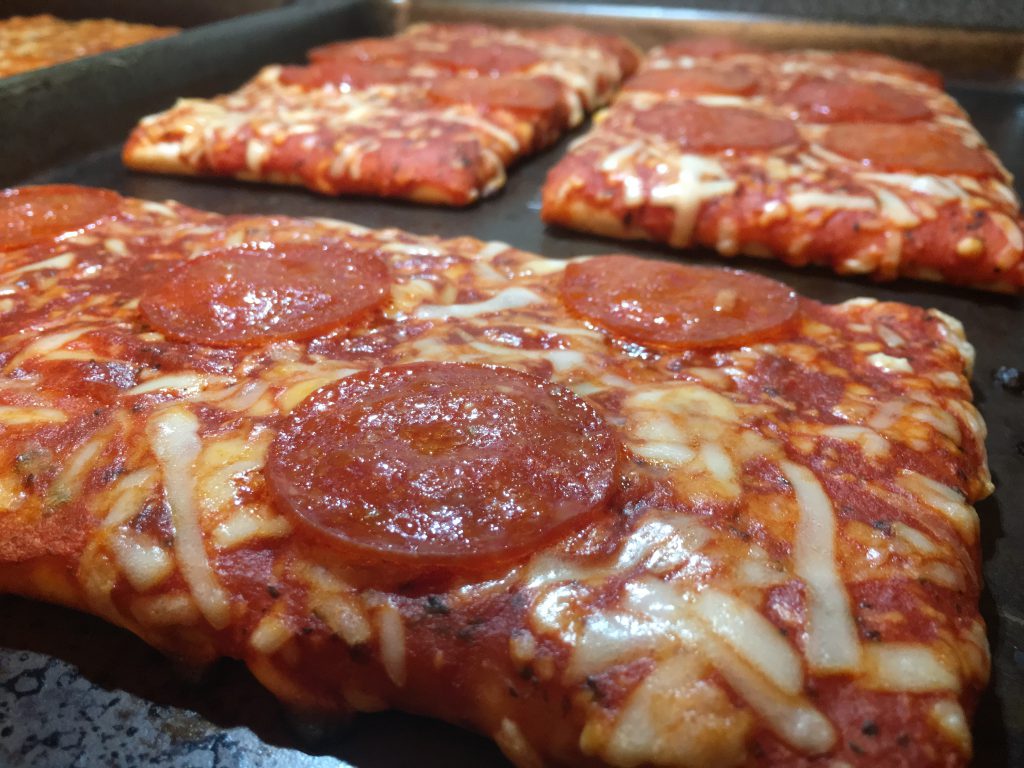 Eating Ellio’s Pizza while watching football on Sunday afternoons was a tradition where I grew up, just outside of Philadelphia. And even though I’ve since moved a few thousand (Los Angeles) and most recently, hundred (Coastal Virginia) miles away, my dad still continues the tradition with my mom by his side. I’m excited for this childhood tradition to come full-circle and have the ability to share it with my OWN kids. 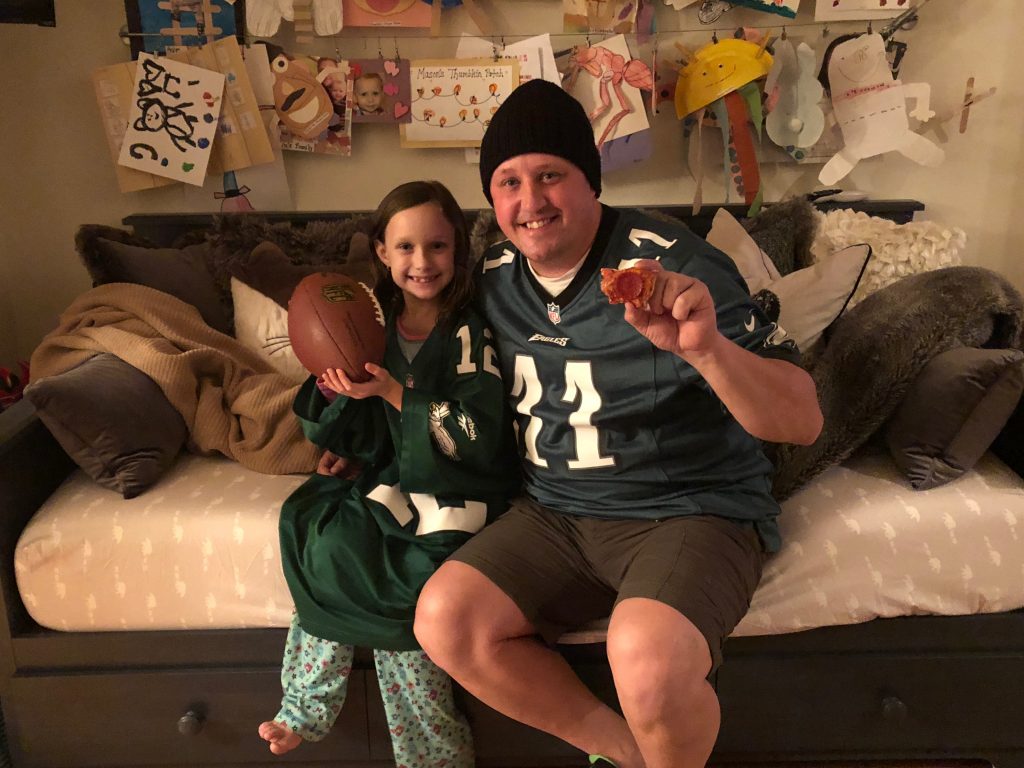 Even if I get a little bit fancier than the standard ‘Strips or Triangles’ these days with cut-outs for the Liberty Bell, The United States and little oinkers that represent tossing around the pigskins. 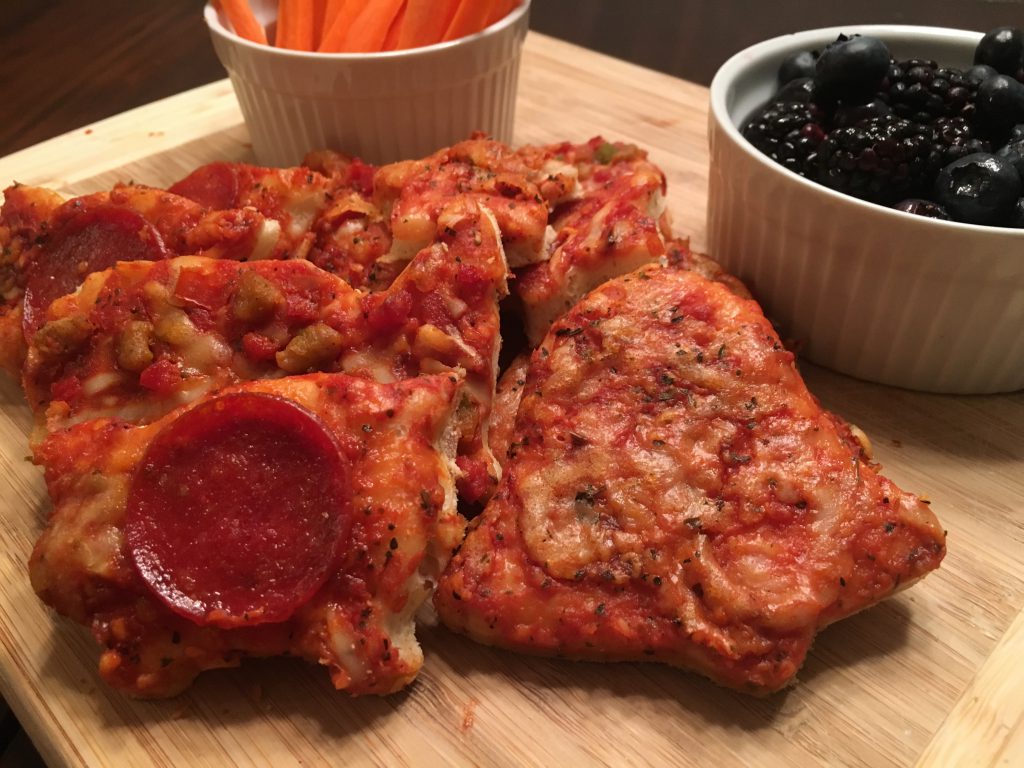 My Eagles have had their share of ups and downs over the last few decades. And while I’ll always be a fan, my way of showing support may have wavered from time to time… as illustrated below, a few years ago down in Tampa Bay. 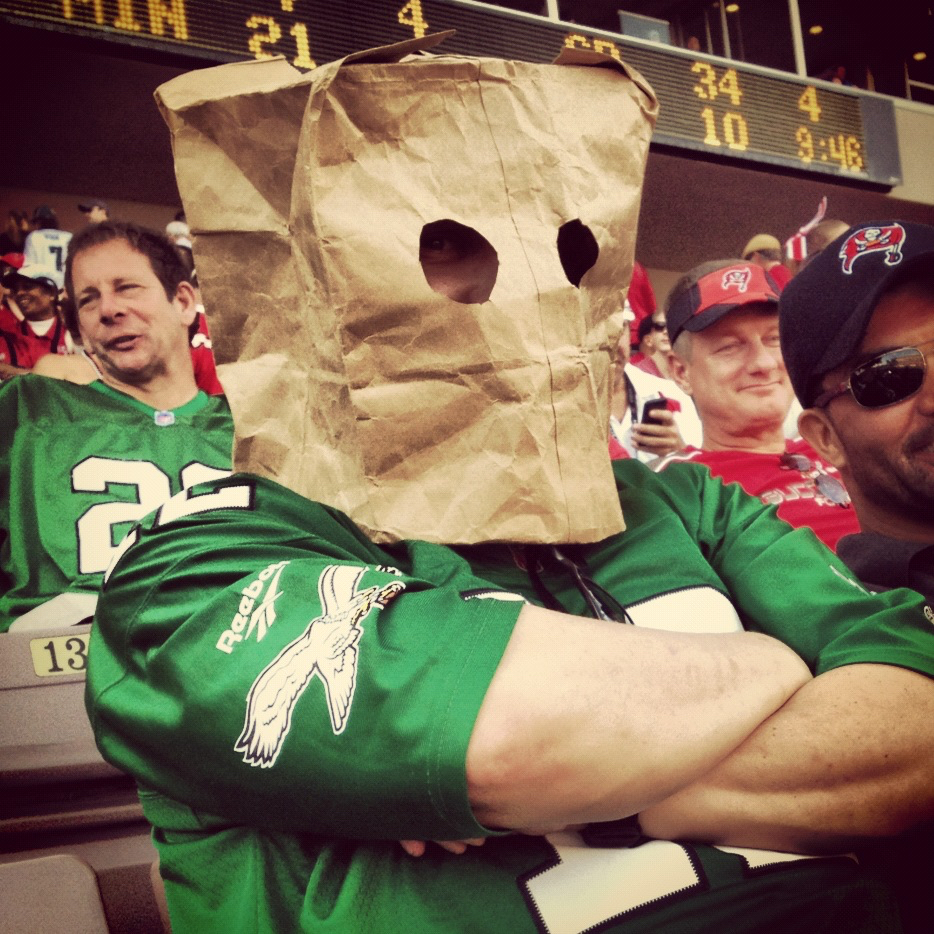 If you’re a true fan, you need to stick by your team through those tough times and never leave their side. The return on loyalty is so much greater.

I’m sure that over the last 60 years, Ellio’s has had its peaks and valleys, but that’s never phased me. They’ve always been consistent in my eyes AND evolved (much like my team) over the years. Ellio’s has expanded from the ‘old faithful’ pies to now boasting six different original crust flavors like Cheese, Extra Cheese, Supreme, Five-Cheese and Italian Sausage and Pepperoni. PLUS, they’ve introduced a thicker, Sicilian-style crust in Five Cheese and Pepperoni for those times when you want extra cheese and a thicker crust. All of their pizzas use the freshest ingredients with 100% real cheese and no artificial flavors.

And while Ellio’s has beefed up its own line-up, my other hometown favorite has done the same. Carson Wentz has proved to be anything and everything that Philly fans have wanted and needed. He’s led us to a 10-2 record, tied for best in the league. 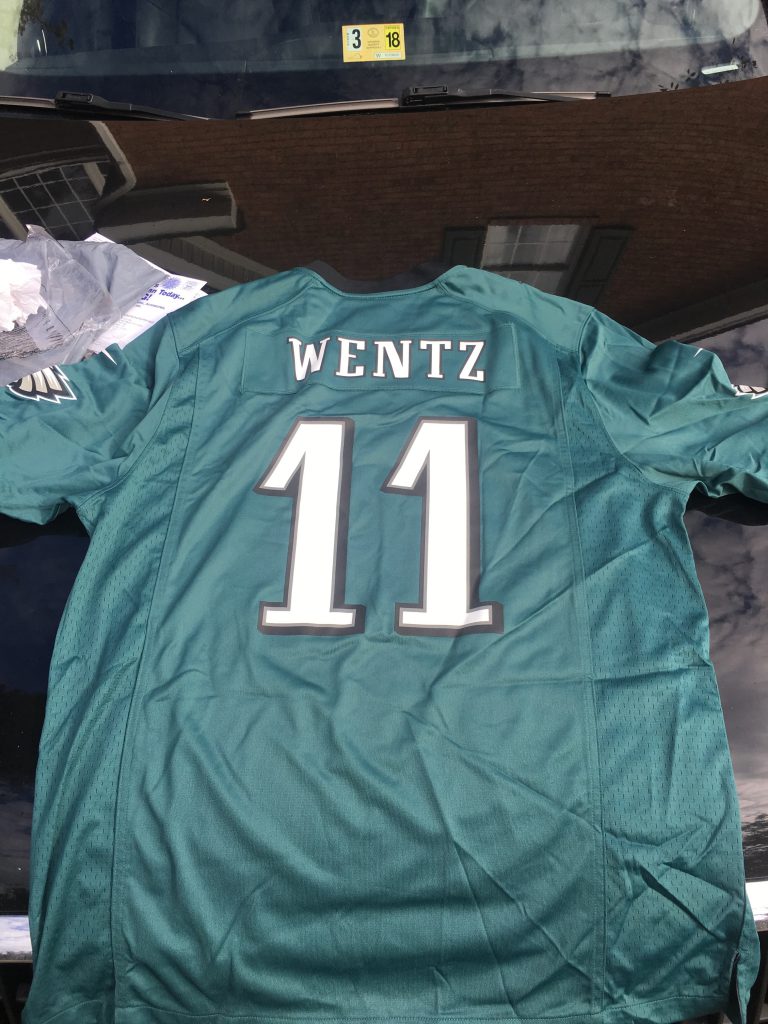 With Ellio’s in the oven as my good luck charm and my superstitious trinkets in place before kick-off, I have faith in Wentz that he’s going to lead our boys to the Promised Land and give us our FIRST Lombardi trophy.  And as my kids are wearing jerseys with names like Jaworski, Cunningham and McNabb, I’ll be serving up Ellio’s in MY new jersey…and I’ll cut them any way they want them.

EDITOR’S NOTE: This is a sponsored post on behalf of Ellio’s Pizza, however the nostalgia and rolling traditions are all mine. 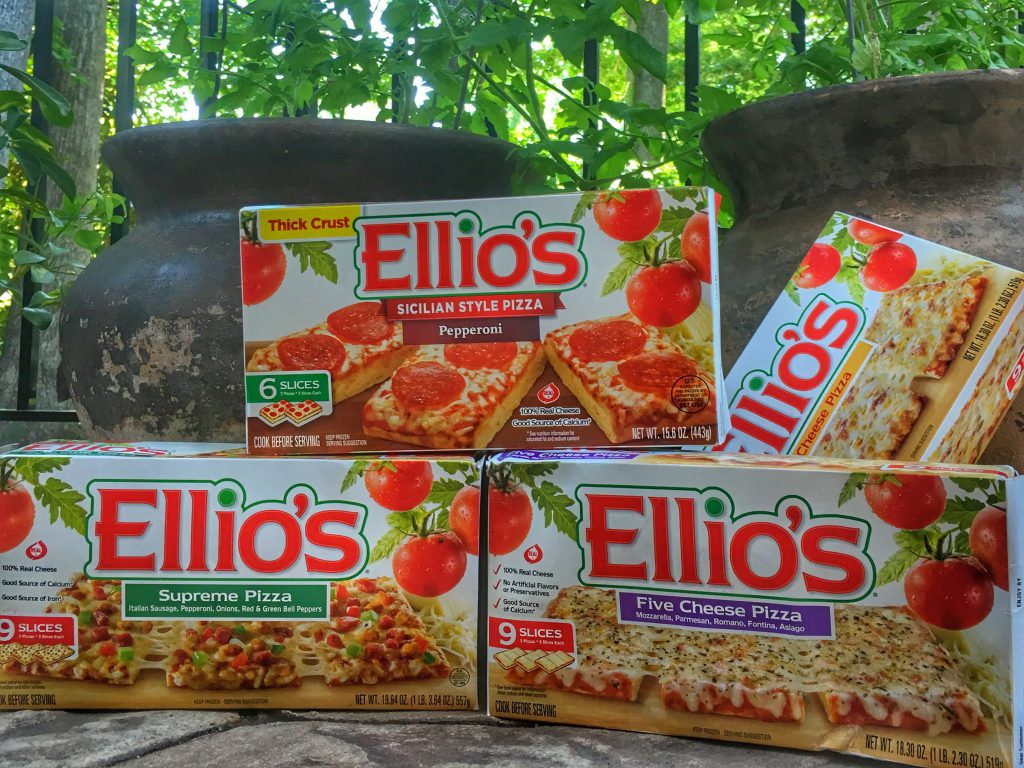 To learn more about a brand that started simple in the 60’s, on the rectangle cafeteria trays of America, check them out HERE, on Facebook, Twitter and most recently, Instagram!

Check their store locator at the top of the Ellio’s homepage here to learn where you can purchase Ellio’s Pizza near you.

This is a sponsored post on behalf of Dr. Oetker USA LLC. I received compensation for this post, however all opinions stated are my own.