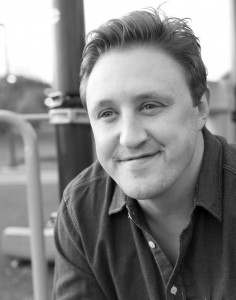 ADRIAN – As a child, I remember waving good-bye to my Mom from the school bus on my first day of kindergarten, going fishing with my Dad on the weekends and spending summers at the Jersey Shore.  I collected Legos, joined the Boy Scouts and knocked my front tooth out chasing a fly ball.  I was baptised in my parents church and became an older brother twice.  I touched the Liberty Bell and made the front of the local newspaper planting a tree on Arbor Day.

As a teenager I worked on a farm and rode endless miles on my BMX bike. I ran cross-country, got into my first fistfight and learned a second language.  I got my drivers license, became an editor of my high school yearbook, kissed my first girlfriend while wearing braces, wore a varsity jacket and went to the prom.  Shortly after, I left for college, pledged a fraternity and toured with Phish.  I broke my nose twice and was mugged in Mexico.  I gave the eulogy at my best friends funeral and crawled out of a burning apartment that took everything I owned.

I left Pennsylvania at age twenty-one after totaling my truck on a snowy highway.  I spent four days on a one-way train from Philadelphia to Los Angeles and learned how to surf in the Pacific Ocean.  I bought a 1969 Volkswagen, lived in a warehouse and bought a dog.

I’ve stood on the Hoover Dam, climbed a 10,000+ foot peak and walked miles in waist-deep snow in the Smoky Mountains.  I’ve slept at the base of a Sequoia Tree, worn a tuxedo to the American Comedy Awards, shaken hands with Buzz Aldrin and smoked a cigar with Dave Matthews.

I worked for Adam Sandler for 7 years and flipped a jet ski at my bachelor party.  I’ve booked comics on ‘The Late Late Show’ for CBS, spent a year working for Chelsea Handler and was married 30 stories above Boston’s North End.

A few years ago, I endured the loss of my 1-year old niece, killed by a careless driver.  In 2011, we picked up and moved our family from LA to DC, a new place with no friends.

For the last eight years, I’ve been experiencing my biggest challenge as an unexpected, full-time stay-at-home Dad, taking care of my 8 year-old daughter, Ava, 6 year-old son, Charlie, 4 year-old son, Mason and we have a baby girl on the way in April of 2018.  Over the last few years, I’ve written and published a comedic memoir for Penguin Publishing, produced ‘Modern Dads’ for A&E and have another book debuting in April of 2018 titled ‘We’re Pregnant, A First-time Dad’s Pregnancy Handbook’. After having Dad or Alive optioned for TV once before by Happy Madison & Sony Pictures, I’m back at it again and in negotiations to develop another property for the small and/or big screen. JEN – As a child, I remember playing school in my parent’s garage, going to Brownies, collecting waterbugs at the creek and watching every episode of All My Children with my mom.  I babysat constantly, collected Nancy Drew and Sweet Valley Twins, played the flute a grade ahead, and had my beautiful pink coat trashed by a bully the first day I wore it.

As a tween, I lost a brother during pre-term birth, loved and supported my parents, and decided I was destined to be a mom.  I won three international awards for videos I produced, hosted our school’s news magazine show, and had a crush on a douchebag named “Alan G” who spit in my hair.

In high school, I drove my mom’s Ford Aerostar (I will never own a mini-van), wore braces with hot pink rubber bands (did I mention I will never own a minivan?), played on the tennis team and learned French.  I interned for Aaron Spelling, won a theatre scholarship, and was accepted into a prestigious film program.

I remember my mom leaving me at college, feeling true independence for the first time and becoming a new person.  I highlighted my hair, started working for The Florida Lottery and became a barista at Aristotle’s Coffee Garage.

As an adult, I’ve moved across the country twice, met my best friends, raised three Boston Terriers, worked on Emmy-Award nominated shows, and was at the final season taping of Friends.  I’ve worked at Comedy Central, created a show with Susan Lucci (talk about coming full circle), met my husband in a bar and never stepped foot into the Pacific Ocean even though I lived on the beach for 11 years.

I’ve become an aunt six times, lost my baby niece to a careless driver, grieved as a family and explained heaven to my then two-year old daughter. I’ve grown three amazing lives in my own belly with another on the way.  They are by far my biggest accomplishment.

But now I’m experiencing my biggest challenge–I’ve become a working executive wife and mom, developing and producing reality TV shows.  I pump during conference calls, in edit bays, and on Acela rides to NYC.  I show up “just in time” for play groups, gym class and pediatrician visits, while negotiating a constant stream of new development deals.  But as they say, “you can’t have it all” so some things have had to change…  I’ve given over reigns of the bills, grocery shopping , cooking and housekeeping (partially to a housekeeper) and taught my husband how to accessorize our daughter.  I’ve made mistakes, had huge successes and ginormous failures and I’m truly happy in my own skin. I’ve realized that as much as we try to make it look easy–it sure as hell ain’t. 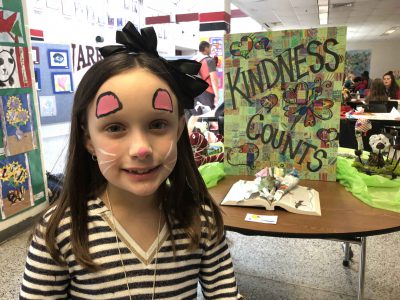 AVA – Ava has spent most of her eight years under the cover of a flowered hat or headband.  When she was six weeks old, the dog ate her belly button while dad was napping.

She started walking at ten months and her first word was Dada.  Her interests have evolved from lipstick, Buzz Lightyear and collapsing her body while screaming in the middle of the grocery store to earrings, nail polish, Shopkins and taking pride in being the ‘big sister’.

Her hobbies include getting her little brother Charlie in a headlock and pretending to ride Mason. She occasionally adores her younger brothers, but is anxiously awaiting the little sister she’s been praying for. She loves to defy her mommy, which allows daddy to occasionally swoop in and play the hero, until she then defies daddy–causing both of her parents to pull their hair out in clumps. She’s reading and writing like a champ…is a great singer and has the coveted artistic genes from my wife’s side of the family.

She’s in second grade and loving it.  She thinks she has ‘Frozen’ powers in her hands and after a rash of pocketing toys from school, has her parents worried that they’re raising a kleptomaniac.

Ava hopes to one day ‘go to work and do the emails’, just like mommy. 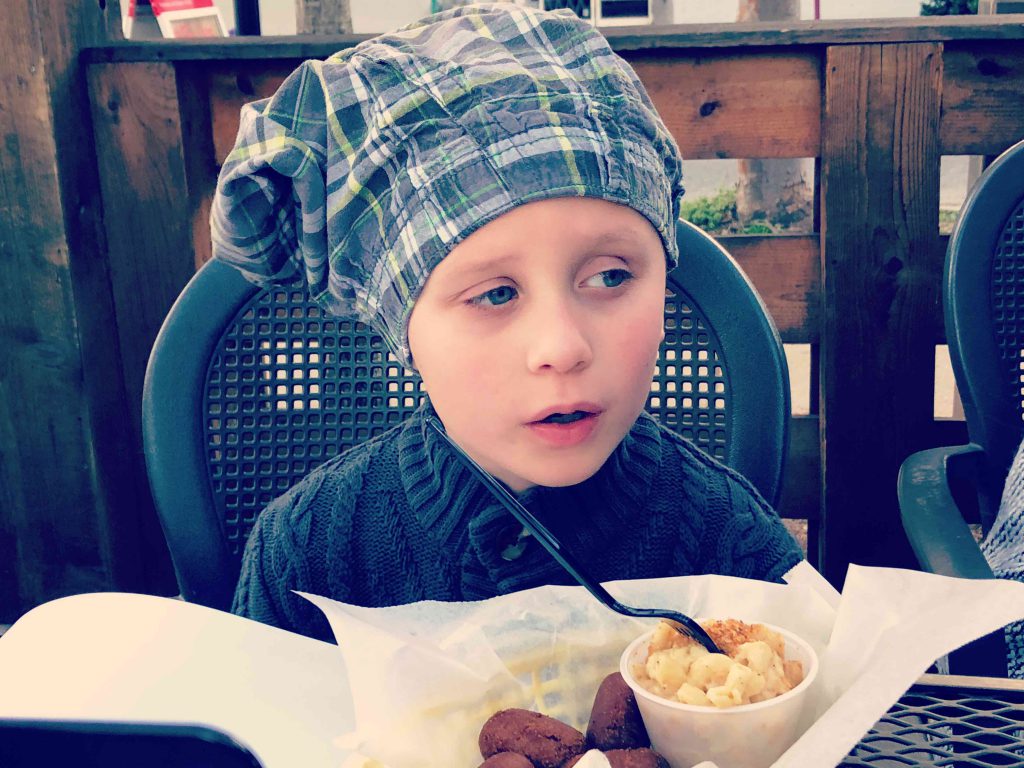 CHARLIE – Charlie spent his first three years allowing his big sister to speak for him. Coming into his own at the ripe age of 6, this kindergartener determined that ‘enough was enough’. Mom and dad need to work extra hard with this one on ‘screen time’ so that he stops waking up in a cold sweat at night yelling about Diamond Steve or Nightmare Freddy. Charlie also inherited the art genes and has recently taken to drawing former presidents.

He likes robots, karate and is extremely excited about his transition from underwear to boxers – even though Dad has told him that it’s not life-changing. His long butt crack has made the news and he frequently laughs after passing gas. He will do anything for salami and loves to tune out the voices of his parents.

He enjoys donuts, his iPad and finally grew out of wearing socks on his hands while going out to family dinners. 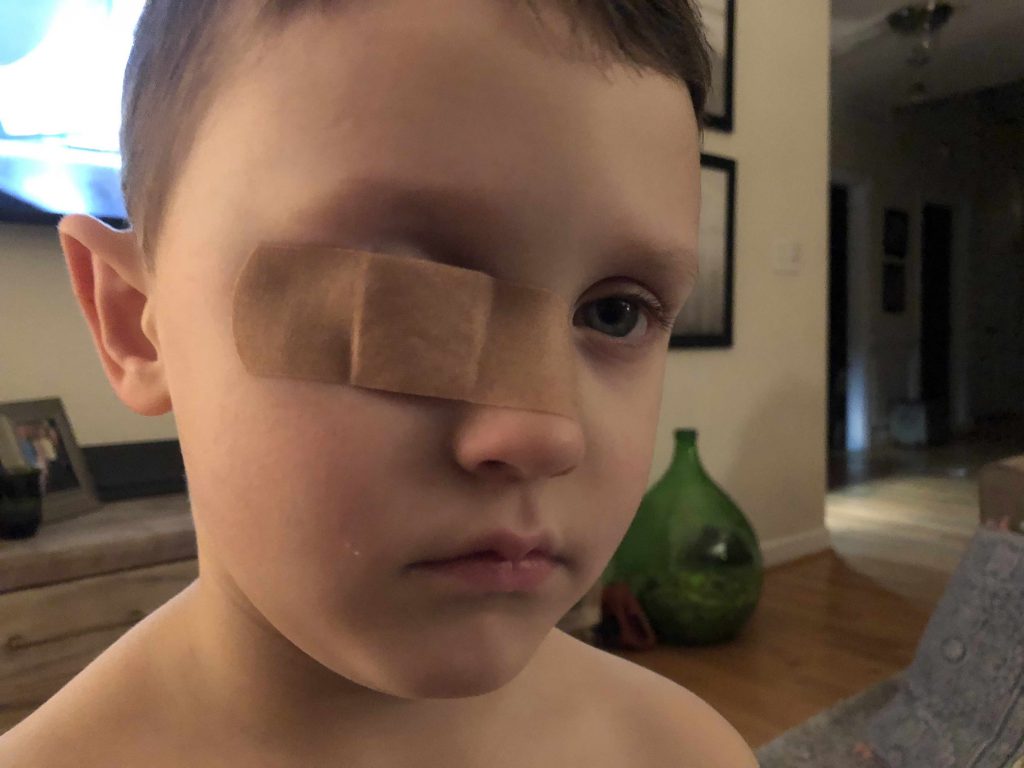 MASON – Mason is a ripe 4 years of age and loves to build Legos. He’s the only kid that gets himself dressed in the morning and is raring to go to school (pre-k). He’s an explorer and a gentleman. He’s the most caring member of our family aside from mom. He loves to help cook and tossed diapers to the wind at age 2. He enjoys telling secrets and infiltrating his parents bed in the middle of the night. He’ll also make sure that everyone has a blanket when it comes to Friday ‘movie night’. 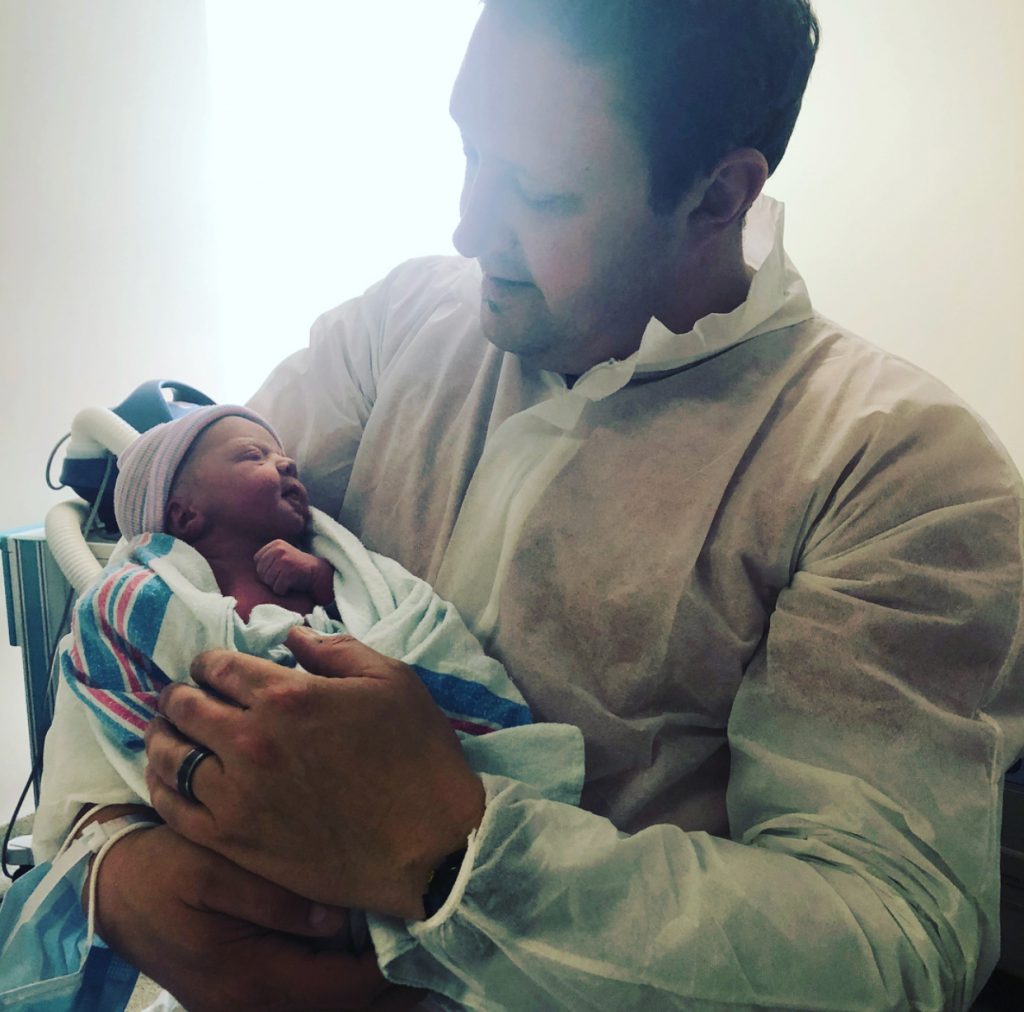 EVELYN – Born in April of 2018, this little doll isn’t even 6 pounds yet. She sleeps all day (wish I could) and every time dad looks at her, he’s reminded that he’ll be 60 at her high school graduation.