I know it’s been a long time since you’ve heard from me here. I’ve probably only posted twice over the last year and while I regret that – sometimes people need to pull back, regroup and evolve. And for those loyal followers (old and new) that thought I had forgotten about the blog and brand that I started over a decade ago – tough shit – I just renewed my trademark and plan to get you caught up on all the juice over the next few weeks. Writing about your life and putting yourself on display begins to wear you down after ten years. Plus, my kids are coming to an age where I need to be more conscious about the digital footprint that has included them, but let’s save that for a future post…

I woke up this morning to my wife and four kids wishing me a happy 45th birthday. This last year has been a kick in the ass for many of us – struggling to survive – financially, physically and most important – mentally. Unless you’ve followed me on Facebook or IG, you may not know that we made a move from the coastal country of Virginia to Music City, bought a house and settled in Nashville, Tennessee – less than a year before COVID hit. 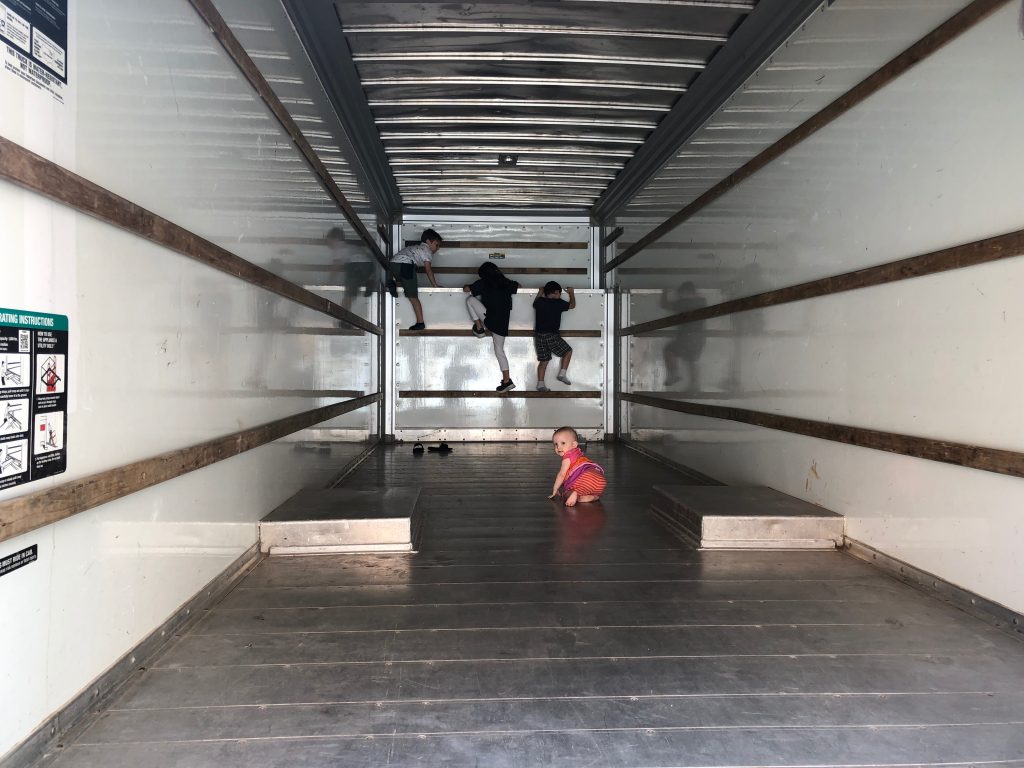 We decided on Nashville for no particular reason other than its simple inherent beauty and the plus that it’s a burgeoning entertainment hub – without the hassle. We now live between two massive lakes, surrounded by rolling hillsides and wonderful neighbors, farms, and people that seem to love waking up every day with a dialed-down pace, stopping to say ‘good morning’ or offer a hand with whatever you’re involved with. Maybe it’s just that I’ve had more years in a complicated city like Los Angeles than that of the south, but after six moves between four states and two coasts over ten years – we’re in a place that finally feels like home. 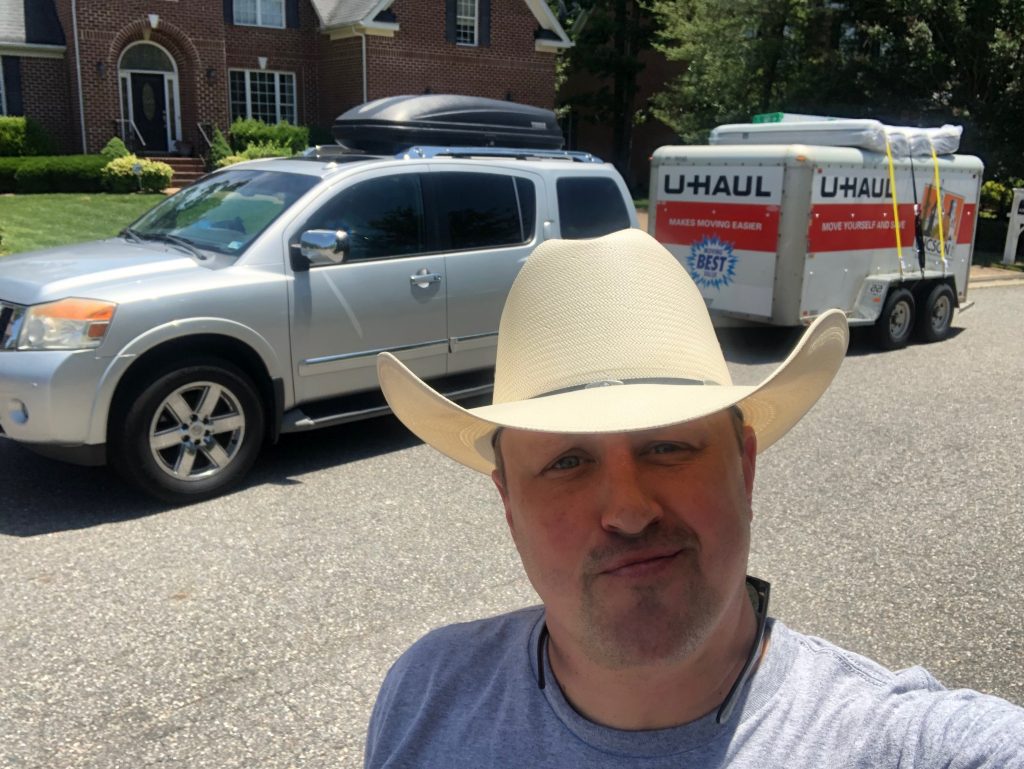 Upon moving here, I had an opportunity to come on board as a Senior Executive Producer for an internationally syndicated country radio music morning show, hosted by an old friend. This was an opportunity to step out of the house for the first time in over nine years of being a full-time stay-at-home dad and actually work with folks again in a physical capacity. It also paired perfectly with the role-reversal that my wife and I were embarking on – her taking a step out of the office full-time to work from home as a TV development producer and spending more valuable time with the kids, on the heels of our last little baby. 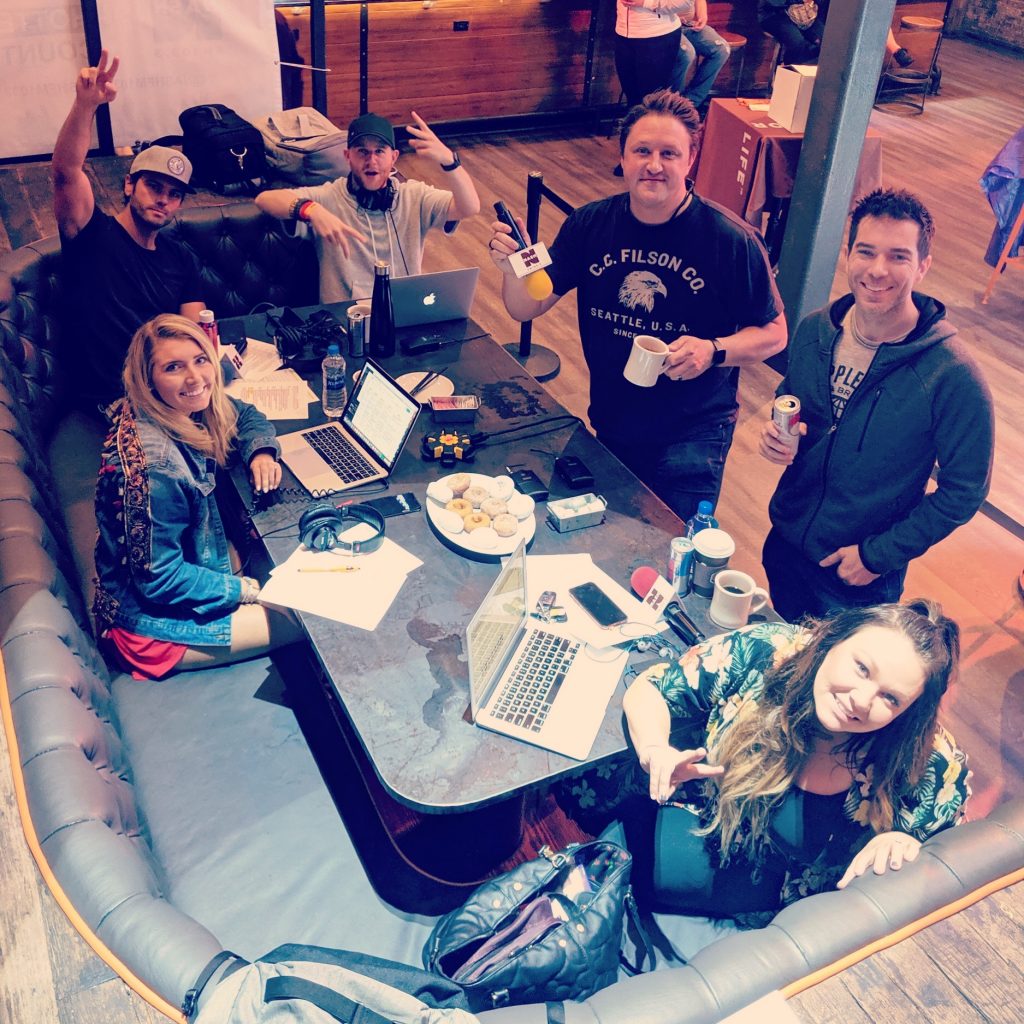 While my skill sets lie in comedy, TV, publishing and blogging – why not throw myself into the fire of another entertainment medium? It meant waking up at 2:45am each morning to be on-air by 5am, but I was willing to trade that in for the social component of working outside of the house and camaraderie involved with managing a team again. 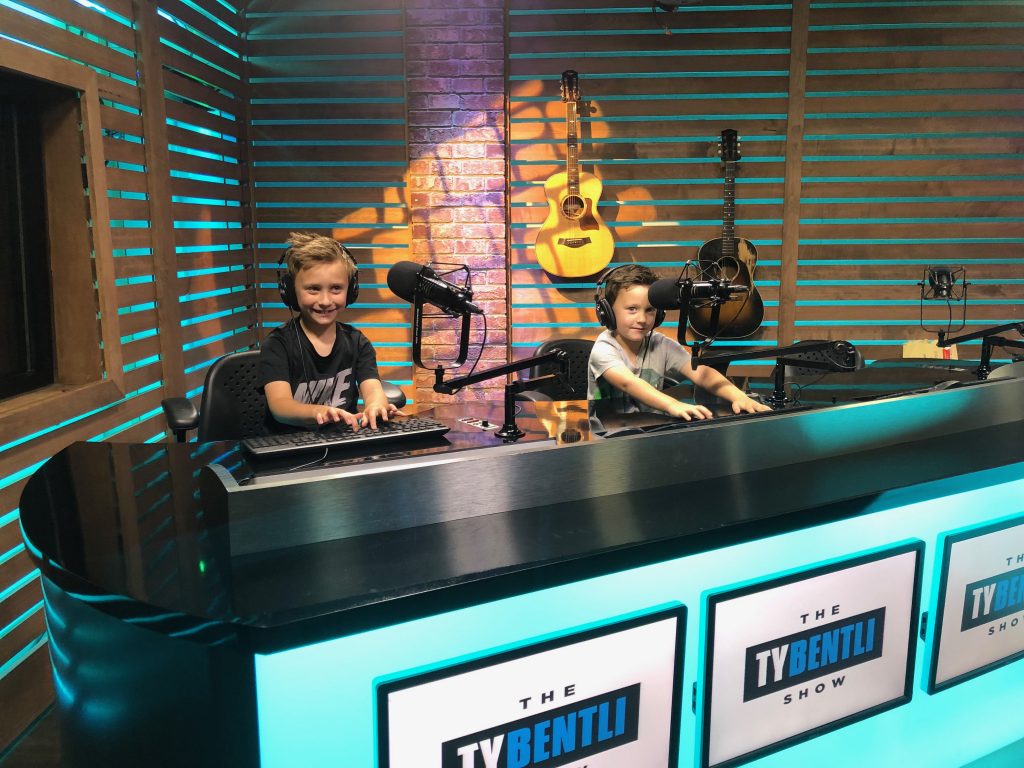 And an added perk included being able to work with talent like Carrie Underwood, Garth Brooks, Miranda Lambert, Jason Aldean and so many more… 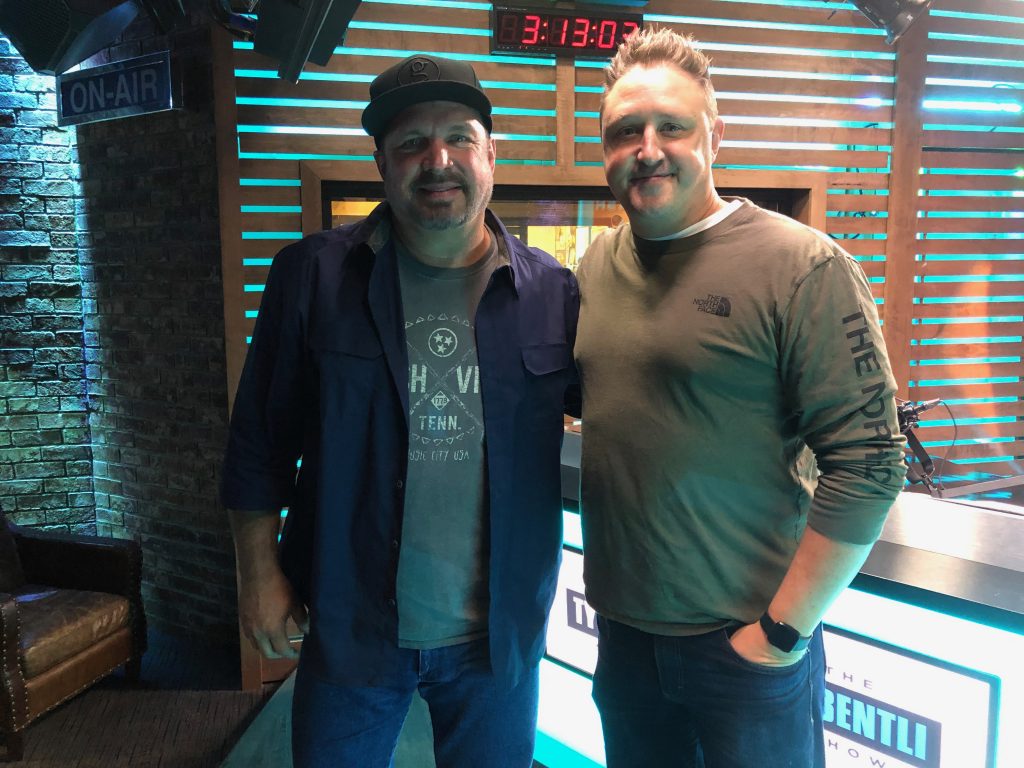 That streak continued for many months until the end of February when our lead host had departed for an opportunity that was quite simply to incredible to pass up. A few days later, an unexpected act of nature hit our small town: an EF-3/4 tornado ripped through our county in the early morning of March 3rd, 2020. I was already in bed, but our Emergency Weather Radio (daughter and I are weather geeks) started blaring and at 12:30am, I began getting texts and calls from colleagues that lived in East Nashville (just west of us in the storm’s path) as the twister ripped through their neighborhoods, barely missing our radio tower.

Our family had endured the earthquakes and mudslides of Southern California, but this was something completely foreign. As my wife and kids huddled in our back bathroom wearing bike helmets and eventually lying in the bathtub – a final warning from the local news station could be heard from the TV before the power went out and everything went black. Our local tornado siren screeched through the neighborhood along with ‘immediate shelter’ alerts on our iPhones as I stood on the front porch in a dead silence. You’re welcome to criticize me for not being in a place of safety, but there was something that didn’t sit right with me about not being able to see what was coming. As lightning struck the ground – it illuminated a massive funnel cloud not more than a mile or two away, headed straight for us. 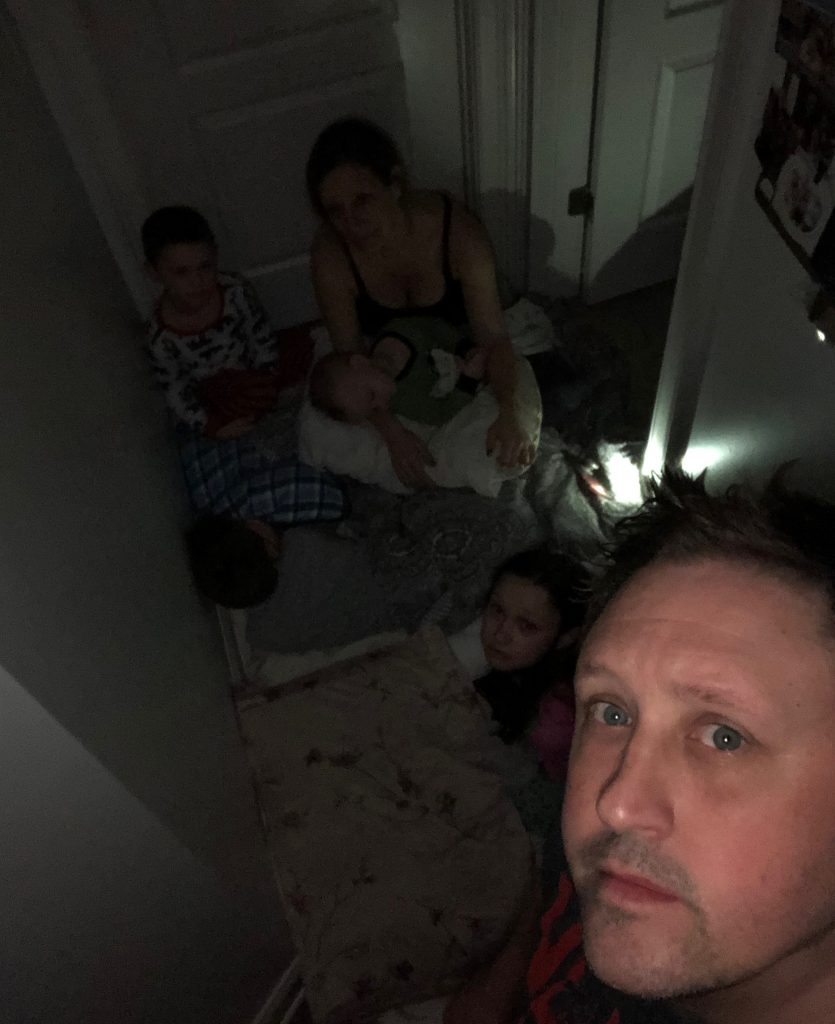 The wind quickly accelerated from a dead stop and I slammed the front door and ran to the back of the house, sliding into the hallway while telling my family that whatever was happening – was going to be in the next five minutes. When it was all said and done, the tornado had skirted just north of our home, running along Interstate 40. It had destroyed part of our middle school, an elementary school, a private school, along with many homes up the road. All told, packing winds as high as 165 mph – over 600 homes and businesses were damaged or completely destroyed and dozens  were dead. As I drove towards downtown Nashville to get to our studio, I passed a half-dozen tractor-trailers on their side in the middle of the Interstate, with drivers crawling from the windows. I informed Metro police that I was essential personnel – showed my media credits and let them know that we were doing our part to get vital news out to local residents. We shifted our light-hearted International morning show content on-the-fly to focus on local stories and support community activists who were trying to help those that were affected. Friends, neighbors and struggling musicians who we worked with were left homeless. 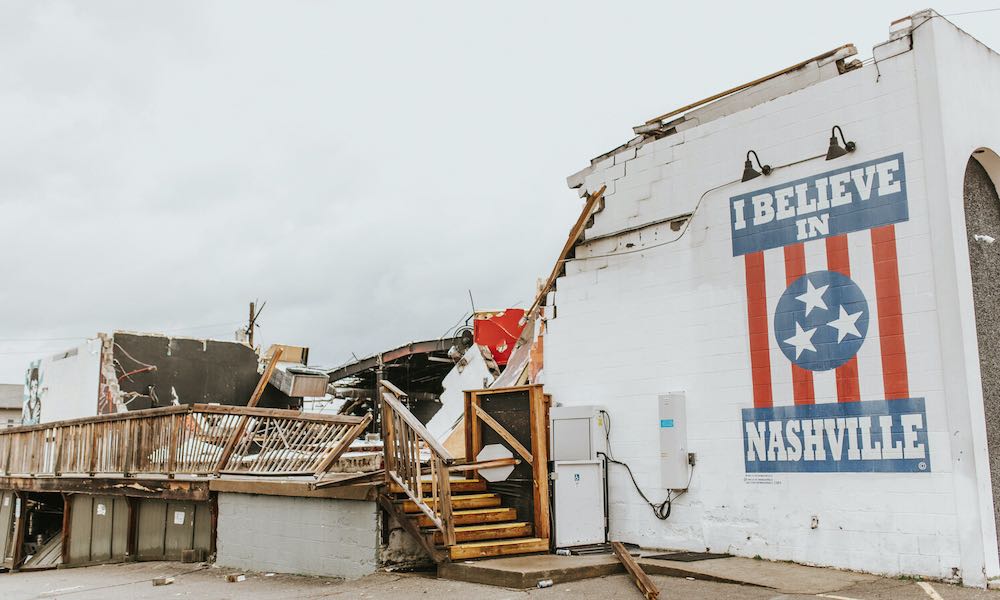 A little over a week later, COVID had ramped up to become a National concern and within days, we were asked NOT to return to our studio downtown after sharing equipment and being exposed to the virus by an engineer from another radio show. I continued to run the show for almost two months from my home office until we were inevitably and ultimately cancelled, #thankscovid. All of this was happening as my wife and I (like many of you reading this) learned to adapt to finding the balance between virtual and home-schooling… with three of our four kids (Evie is still too young for school) now at home.

But there was a light that peeked its way through the shadow of gloom – I got a call from an executive at United Stations in New York City who wanted to create a weekly syndicated country music morning show and was curious if I’d be interested in writing it, as well as directing talent through the scripts. I wasn’t sure if it would come together, but in August of 2020, he called reached back out and gave me the green light on ‘Backstage Country’. Since then, I’ve been writing a show for a different country artist each week and meeting them downtown at our studio to work with and direct them through the week. Working with folks like Tim McGraw, Darius Rucker, Maren Morris, Luke Combs, Morgan Wallen, Garth & Trisha, Luke Bryan and Thomas Rhett amongst so many more has been incredibly medicinal over what was probably the most troubling year many of us have experienced. 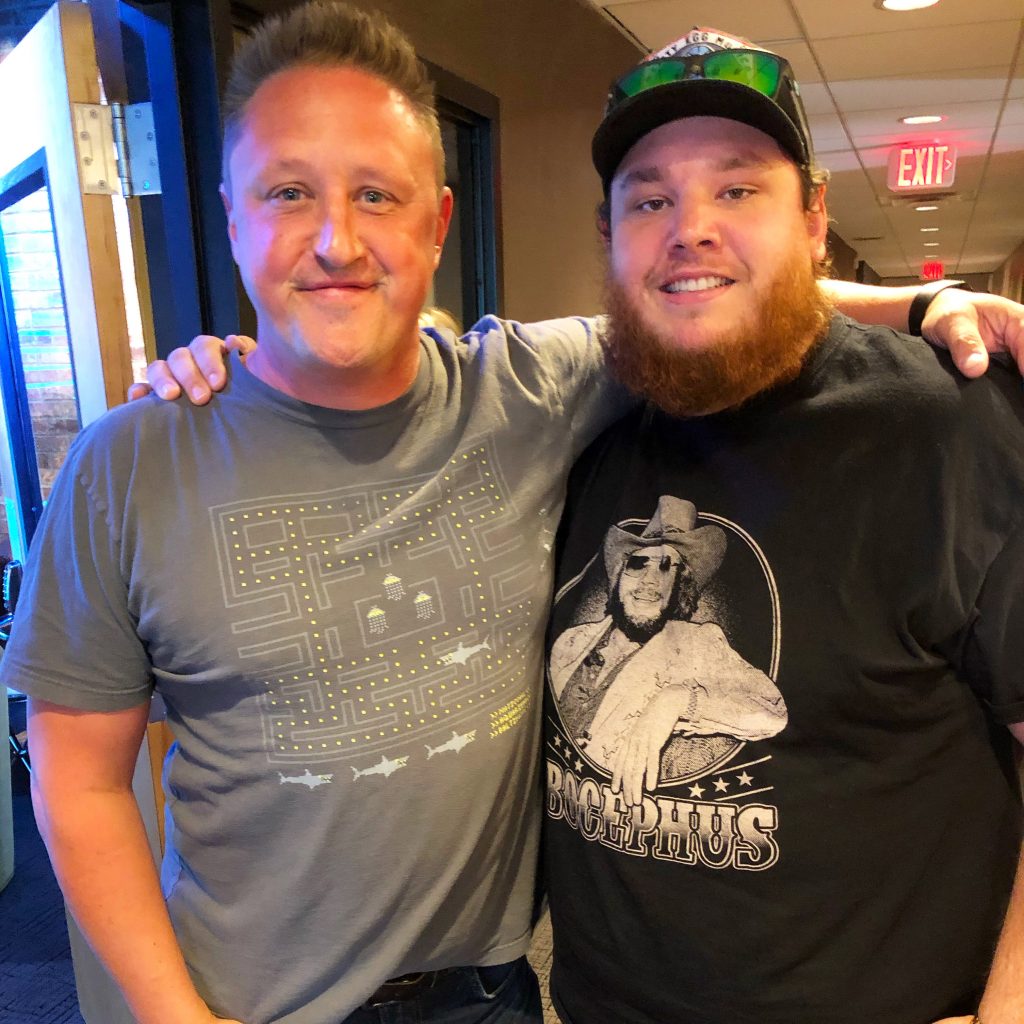 After a year of dodging COVID while committing to the best practices we could, last month I started to feel (what I thought was) a Man-cold coming on. For the first two days, I tried to power through it, avoiding playful criticism from my wife about my “shitty immune system” and my inability to function with a cold, but it quickly seemed like something more. I tested positive, along with my wife and three of the four kids. Thankfully, Ava (our oldest) tested negative. She had been diagnosed with Lupus just before our move to Nashville and with that, comes a compromised immune system. Also thankfully, her diagnosis comes with a daily regimen of Hydroxychloroquine (helps reduce flares), which we think helped keep her safe. 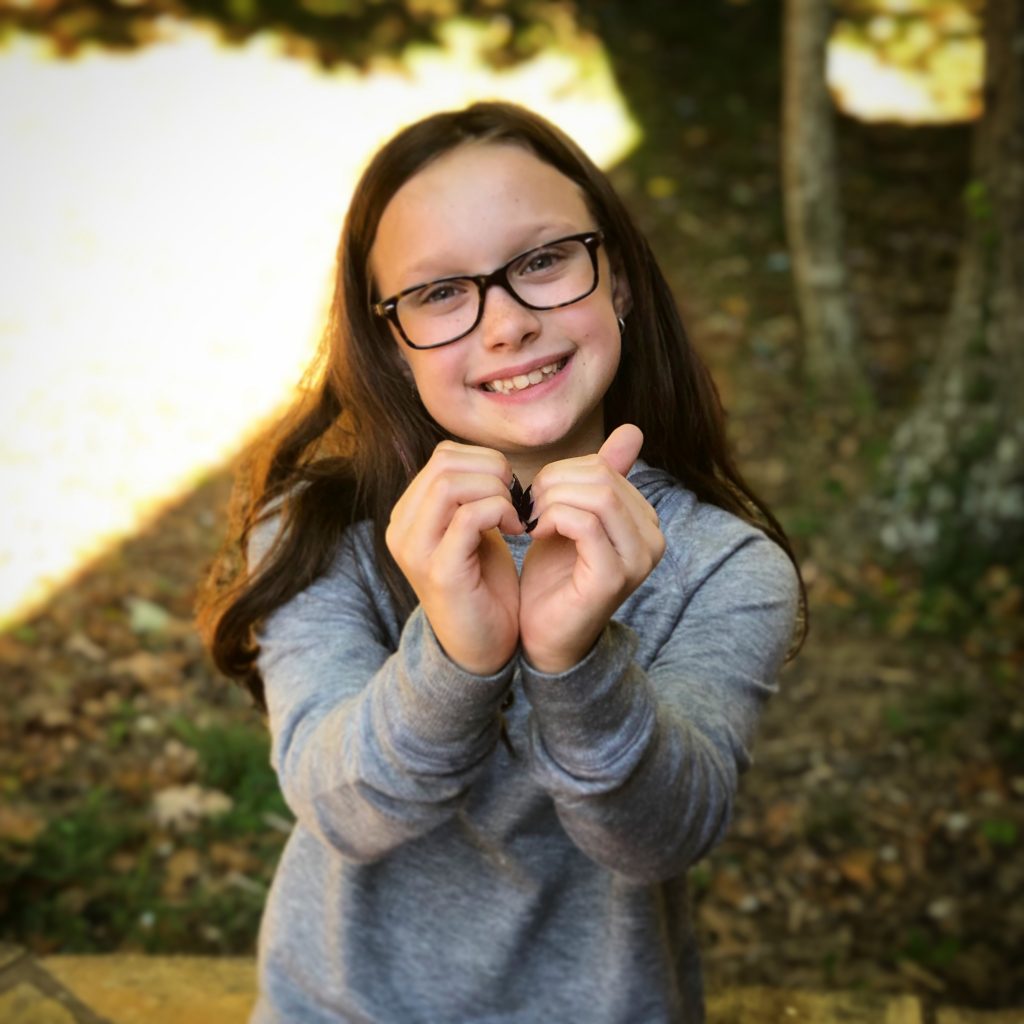 SIDE NOTE: There are literally, four blogs coming after this to go into more detail about all of these moderate bombshells. So we observed our 2-week quarantine, peeked through the blinds and voyeuristically observed neighbors through our Ring cameras as they dropped meals off on the front porch (again: the south brings amazing neighbors!) and we eventually made it through to the other side…

Judging by the numbers and social media posts, I know that many of you have either had COVID or had family members who have contracted it and I’m not making light of that. Our experiences were very “typical” and mild, but we know that some aren’t as lucky as we were. For that, we are so sorry.

But today is a new one – today I turned 45 years old. If I’m lucky, it could mean that I’m only halfway through my time here on Earth – but perhaps I have less time than that idea guarantees. I’m closer to 50 than I’ve ever been before and that tends to inspire some thought behind whether or not I’m where I want to be. Whether or not I’ve created something that can be left behind for my kids to be proud of. I guess I’ve done a fair share, more than most but less than many?

In the ten + years since I started ‘Dad or Alive’, I’ve partnered with countless incredible brands and am currently working on a sixth book, with a TV show in development with a major production company. My ‘We’re Pregnant! The First-Time Dad’s Pregnancy Handbook’ is quickly closing in on a quarter-of-a-million copies sold with over 5,800 global reviews. 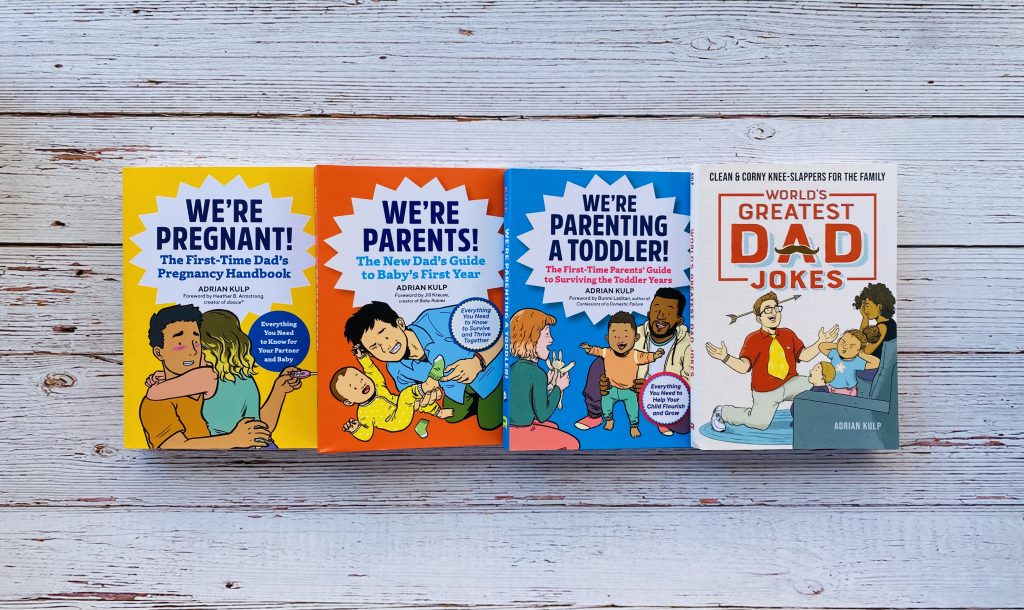 But I never started this blog to make money or find any degree of success in the publishing world or blog landscape – I started the blog as a creative outlet. I started the blog as vessel to share the unknown fears of parenting and commiserate with others in real-time, all while not taking ourselves so seriously and having some laughs along the way. 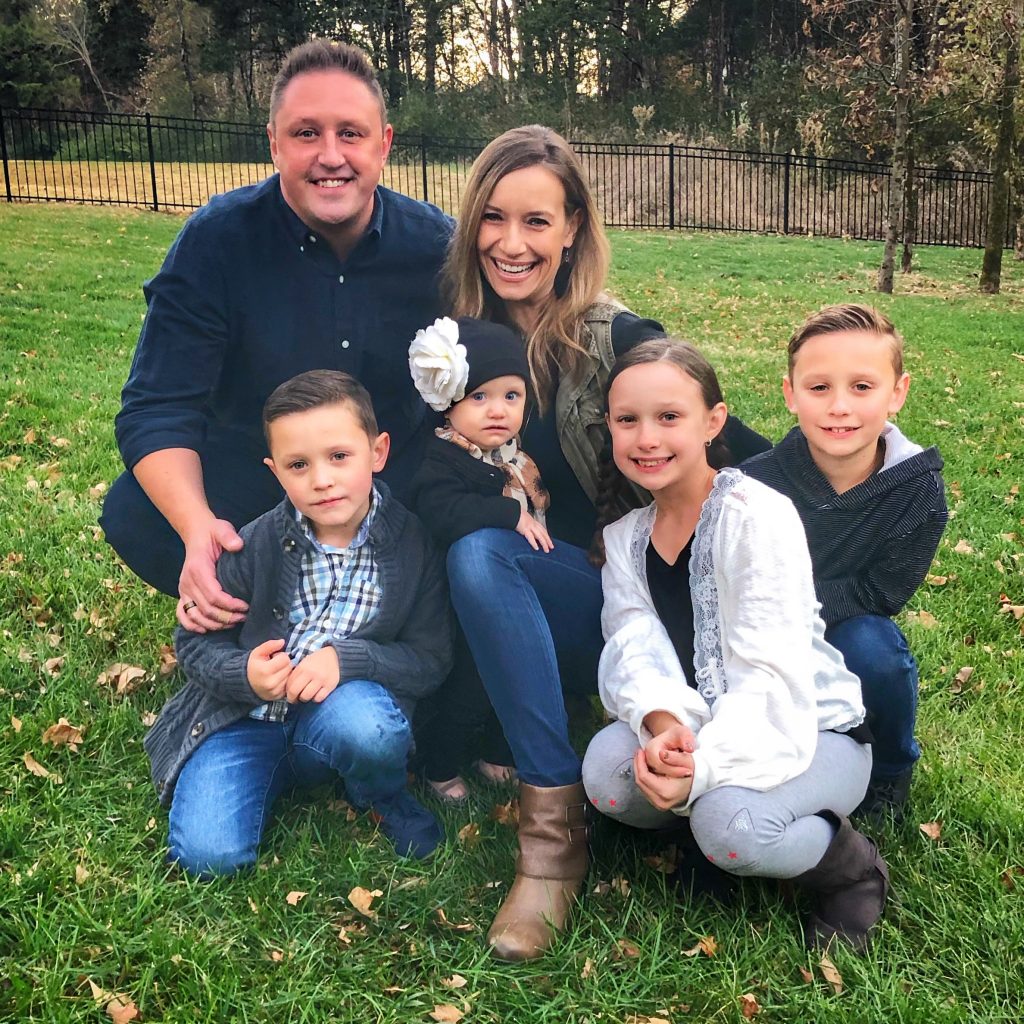 So that’s the renewed pledge that I make to myself today. Parenting hasn’t stopped for me – I still have four kids 11 and under. The tough shit is still up ahead and I’m more terrified than ever. So I hope you stick around for the good, the bad and the ugly…

Until the next article–stay safe.