In our last stain-fighting adventure, we talked extensively about my son, Charlie, the ‘Captain of Filth’. He is also known locally as The Stain Whisperer or sometimes The Commodore of Crud. His uncanny ability to find the grit and grime is unparalleled.

But he’s not the only clown in my circus. And he’s certainly not the only one that can dribble toothpaste down their brand-new shirt before school or manage to sit in bird poop on a park bench, ruining yet another pair of pants.

With all of the money we shell out as parents to keep the young tribe looking spiffy – there’s a certain amount of attention that we pay to their clothes. If we can’t manage to stop them before the damage is done, we’re forced to head to the laundry room to break out the Carbona and use their arsenal of 9 different Stain Devils to bring their clothes back to life.

If the kids weren’t enough to handle, there’s also the pets…

Jen and I had our Boston Terrier, Cooper, since we first started dating. He recently passed away last year after 13 years of standing by our side and slobbering on our pants… 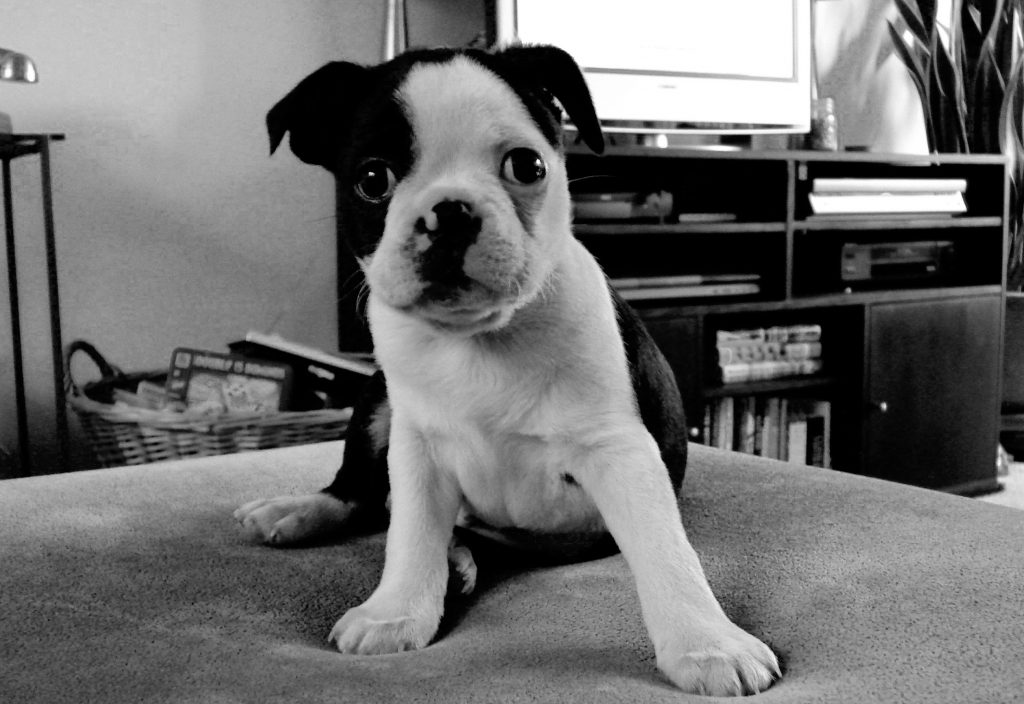 This had been my second tour of duty in taking a care of a dog through his or her lifespan. As his health began to fail, I’d be lying if I said that there wasn’t a small, selfish part of my brain that hadn’t thought about what life might be like without constantly going for walks at midnight in the cold December air or cleaning up vomit or diarrhea from the bedroom carpet.

It was right around that time that we inherited a 30-gallon fish tank from my in-laws. It was also around the time that I foolishly promised Charlie (Captain Filth) a tortoise for graduating from kindergarten – only to find out that the Russian Testudo that I had purchased has a life expectancy of 25-50 years. And then there was Ava (or oldest), begging and pleading with me to get her a cat. I held firm on this one. Each and every night, she had thrown herself at me, almost in tears about how much she would love, care for and look after a kitty. I had strong reservations about the fact that the nostalgia would wear eventually wear off and I’d find myself, once again, thrust into the role of ‘animal caretaker’ for an extended period of time.

For weeks, I refused to budge. The guilt was coming from all directions, including my wife. The sentiment was that I wouldn’t want to be the one that she resented for always saying no. It was a combination of this rhetoric and the repeated pleading that eventually caused my collapse.

And on July 4th weekend last year, not only did we get one cat, but OF COURSE, we ended up with two. WOULDN’T ONE GET LONELY, DADDY? 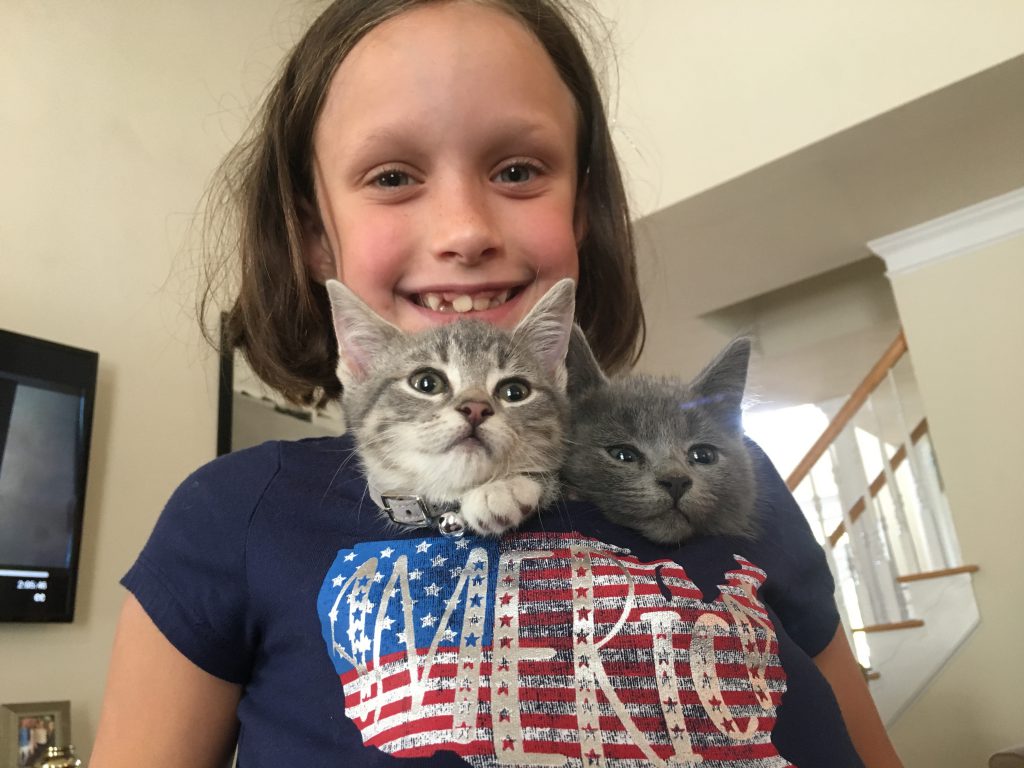 So here I am, The Greatest Showman, standing in the center ring with my cavalcade of kids and animals…all making the biggest mess they can.

I’ll admit that the fish, turtles and cats have been arguably less work than our beloved Cooper – but they still have their days.

So I’m now tasked with taking long parades around the house on weekend mornings, armed with my Carbona Pet Stain & Odor Remover. Whether it be removing the old stains (and ODOR!) from man’s best friend, or the turtle ‘drippings’ or cat barf that occasionally adorn the playroom – their formulas aren’t just for clothing, but fabrics and bedroom carpet. In fact, it’s brush top applicator actually helps you get ‘into’ the stain more fully to clean it. 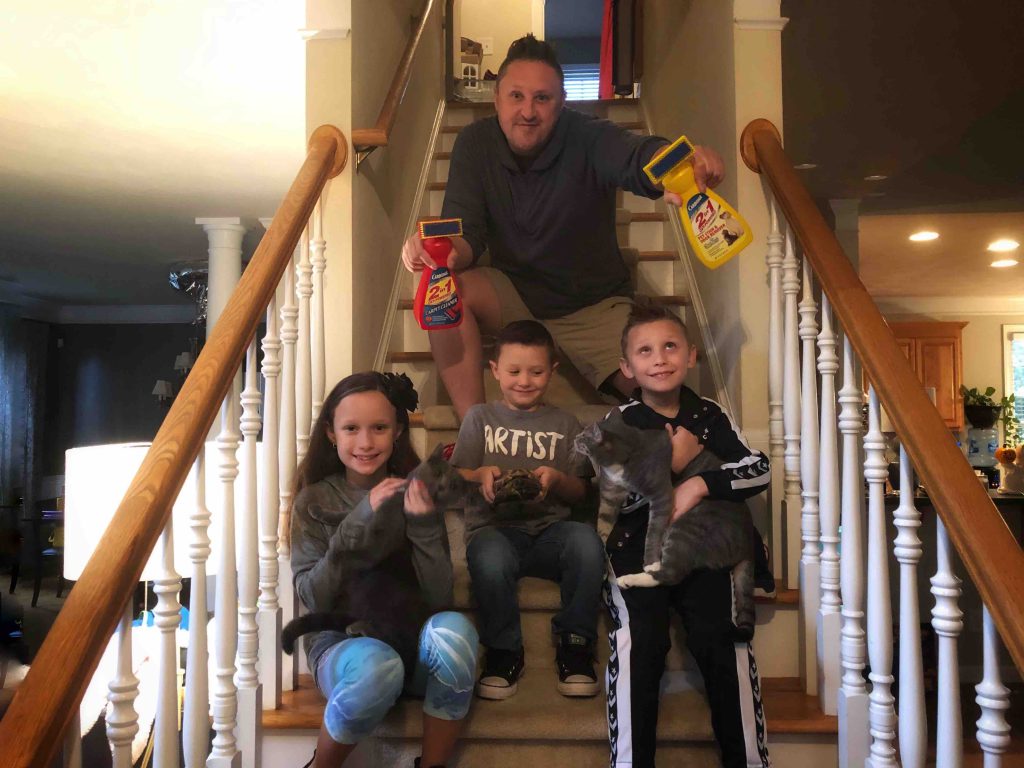 I’m not sure where I got the idea that things were going to calm down for me when I became a parent, but I’m always reconsidering my expectations and I’m happy being the Ringmaster for this wild bunch. No matter how dirty they are.

EDITOR’S NOTE: This was a sponsored post on behalf of Carbona and their #lifeunstained campaign, however, the cheesy stains are all ours. For more on Carbona and their amazing stain-lifting wizard powers, check them out HERE, on Facebook, Twitter and Instagram.