A little over thirty-five years ago, on a cool Pennsylvania morning in the month of June, I threw on my blue and white Lower Milford Elementary school windbreaker, waited for the school bus to come down Spinnerstown Road and hopped on. I had finally graduated from pre-K and was now at the ‘big kids’ school, fairly intimidated, but nonetheless – excited.

I had no idea that it was Arbor Day, no knowledge of its historical or environmental impact, yet I was somehow selected from my class to pick up that flathead shovel and cover the roots of that Hemlock in front of everyone, including the local newspaper. 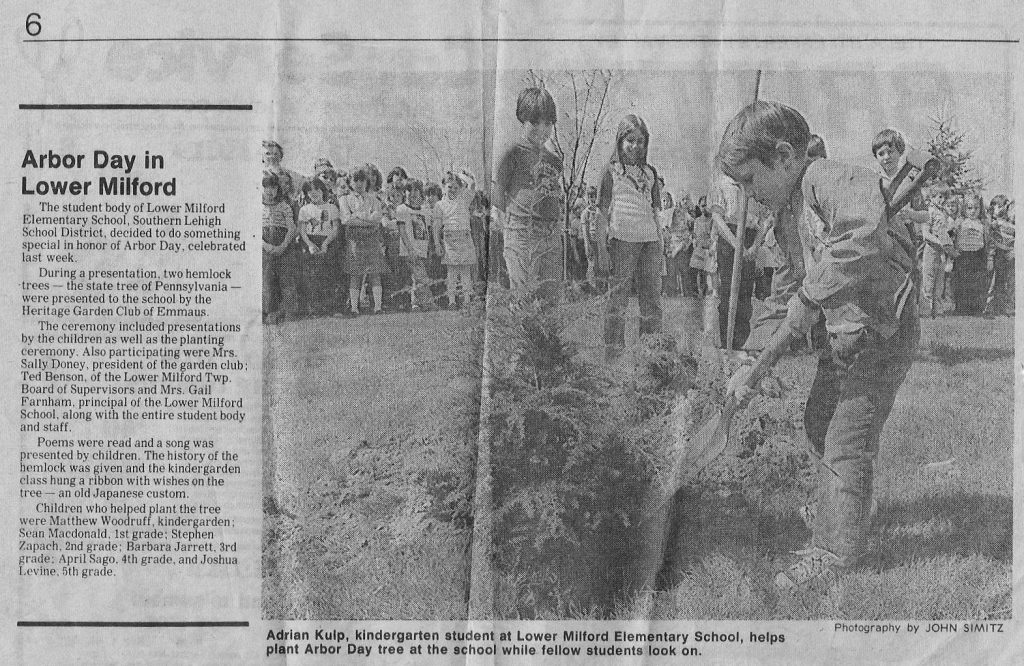 If I had to pinpoint a moment that inspired my love for nature, this was it.

Years later as a teenager, I chose to work on a farm instead of in retail, delivering pizzas or sorting cards at the local baseball card shop. There was something about this moment that spoke to me.

The hemlock that we planted that day was the state tree of Pennsylvania. It was gifted to our school by a local garden club. We learned about its history and hung a ribbon on it with our best wishes as it continued to grow long after we were gone.

Last year, I had the opportunity to partner with Vitafusion and as I worked on dropping 30 pounds from the ‘dadbod’.

I was pleasantly surprised to hear from them again a few days ago – learning that they had extended their own branches to embrace a project that has been in my heart since 1985.

Vitafusion has committed to a multi-year partnership with The Fruit Tree Project as it kicked off earlier this week (6/6) at Dewitt High School in the Bronx and will go on to plant over 10,000 trees across the country through 2017 and beyond.

This long-term partnership has different ways that everyone can get involved. Even if you don’t live near one of the planting locations, you can visit the Vitafusion Facebook page and help spread the word by sharing or liking information about the campaign – and don’t stop there – tell them where you’d like to see the next planting site!

Why fruit trees and not any other type of tree?

With a nutrition gap in low-income communities, the focus of the Fruit Tree Project is to cultivate and sustain over 10,000 nutrient rich mature fruit trees and remove over 2 million pounds of carbon dioxide annually.

I hate to say it, but only about 1 in 10 Americans get their recommended daily amounts of fruits & vegetables. IMO, that’s pretty sad.

By planting fruit trees around the country, we’re hoping to provide communities with access to fresh fruit and sustainable nutrition, as well as supporting improved surrounding air, soil and water.

With this campaign in mind, my daughter and I took a sunset walk last night. I watched her run far ahead from me, find the biggest and tallest tree in our neighborhood and offer it a hug. 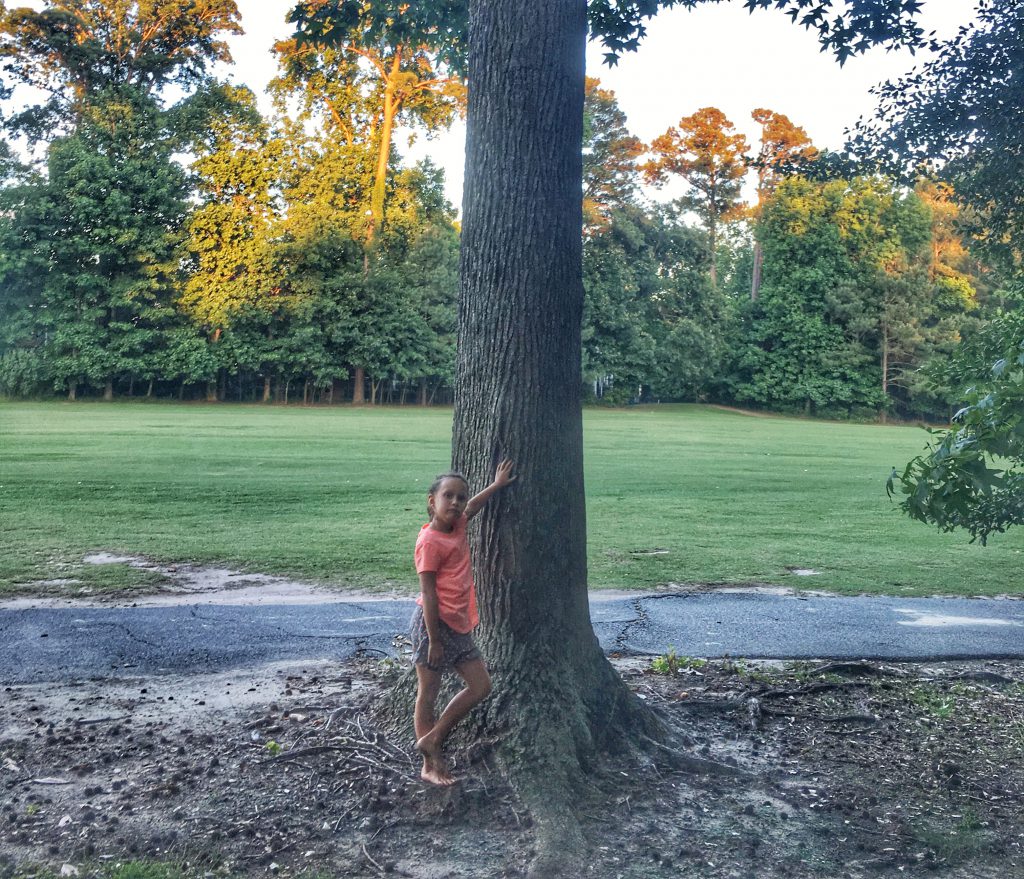 It nearly brought me to tears.

I’ve never once taken the time to lecture her about the value of grass, shrubs and trees, nor does she have an exclusive knowledge of my relationship with the outdoors… 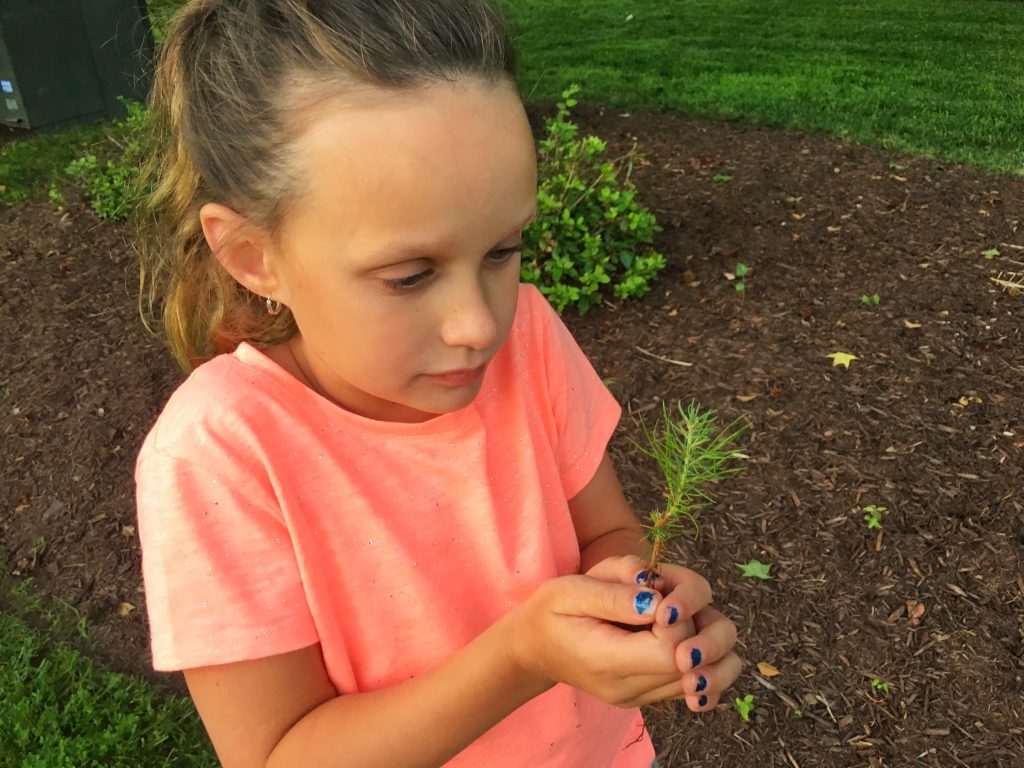 I feel blessed to see that this inherent feeling lives in her heart and it gives me hope for the generations behind me.

It’s this inherent love that will sustain us as a culture.

EDITOR’S NOTE: For more information, check out Vitafusion and The Fruit Tree Project and give them a peek on Facebook and Instagram!