Back on a hot and humid summer afternoon in rural Pennsylvania during the mid-1980’s, my dad slowly crawled up the driveway in his work truck, a drive he did every day – but there was something different this time. The old man had always been home between 4:30 and 5pm and we anxiously awaited his arrival in anticipation of tugging at his well-worn carpenter pants soaked with concrete dust from laying brick all day, begging to play catch. It was way after dinner this night, nearing the 7 o’clock hour – which was odd.

My mom asked us to stay inside as he pulled up next to the house, clearly she knew something that we didn’t.

As he opened the back door, in ran a Golden Labrador Retriever puppy. 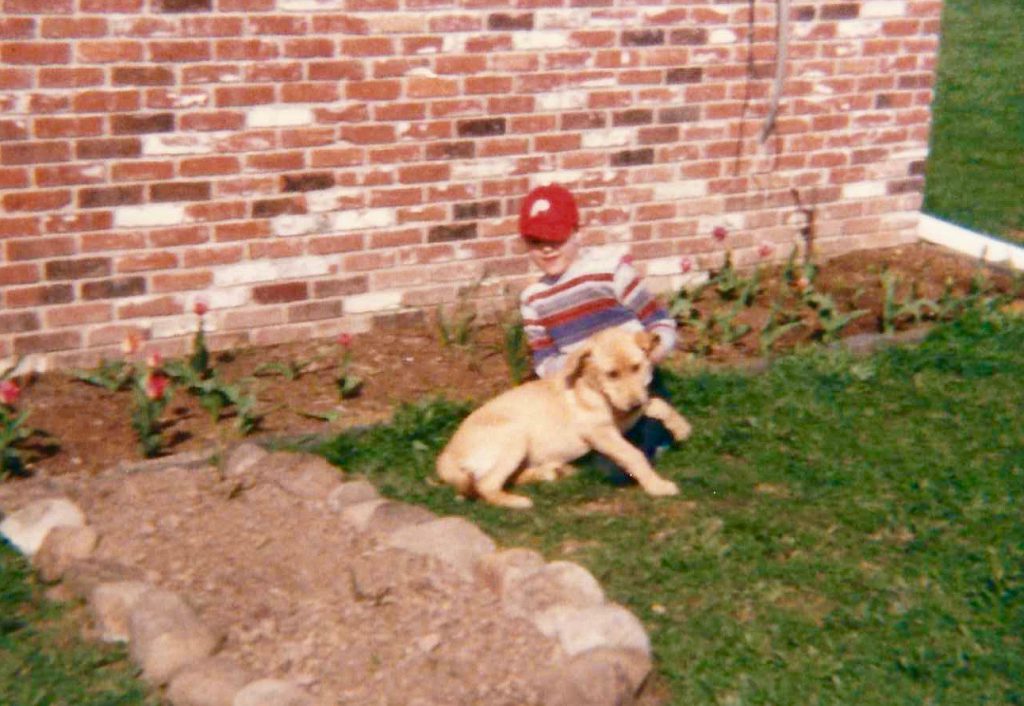 We lived in the country and it was only fitting and a matter of time before we had a dog…. and here she was.

With my brothers being so young, Cara quickly became my best friend and it was my job (and part of my allowance) to care for her. She lived outside, next to the house. As a father-son project, my dad and I built her a small mansion and kennel, lined with cedar-chips, old towels and blankets, completed by an outdoor space where she could ‘sun’ when we weren’t home, the ground lined with Pennsylvania blue slate.

I don’t know how many times I cursed the air above me as my mom came home from the grocery store in her station wagon and I had to lug that 25-pound bag of dog food up to the house, nor the sun rising at 6am on cold winter mornings outside of Philadelphia (we’d bring her inside when it started to get too cold even though her house was warmer than ours!), when I had to walk out in my PJ’s to deliver that bowl of Purina and warm bowl of water. But the lady and I quickly formed a bond. She was loving, loyal, protective, playful and never left my side for almost 14 years.

On a rainy Saturday, late in the spring of 1994, after qualifying and competing with my team at the Penn Relays in Philly, we pulled up the driveway in my mom’s Ford and I saw my father standing next to her kennel with a shovel… I’ll never forget jumping from the truck in my track suit, running up the hill to see tears in my father’s eyes. It’s a memory that will never, ever fade. Cara had passed.

We gave our beloved dog a proper country burial and lined creek stones around her grave under the tree she always used to take naps in the shade. We all stood together and down in the center, gently laid the collar that bore her name. To this day, over twenty years later, it remains pristine.

In the years that have past, my wife and I got our own dog, a Boston Terrier. His name is Cooper.

Last month, I had the opportunity to finally meet with the family behind a brand that’s been with MY family since Cara and I ran wild through the creek beds and countryside of Lehigh County: Purina.

This would be my first time visiting Missouri.

Purina was our go-to dog food brand for Cara and I didn’t really think twice about using the Beneful brand for our new little buddy.

I arrived in St. Louis a day early and had some free time on my hands. After checking into my hotel room, I peeked out the window to see the lights shining brightly over the Cardinals’ Busch Stadium.

I’d never had the opportunity to see a game there and thought I’d take a stab at buying a cheap $6 ticket from the kiosk out front and watch them take on the Colorado Rockies. As I stood there, looking for the best possible seat for the cheapest possible price, I was approached by two young guys who had an extra ticket in a dugout box, ten rows off the first base line for $30.

So far, for a huge baseball fan, this trip was starting off on the right foot.

After the game, as I walked back to the hotel, I went to the roof and caught this image. 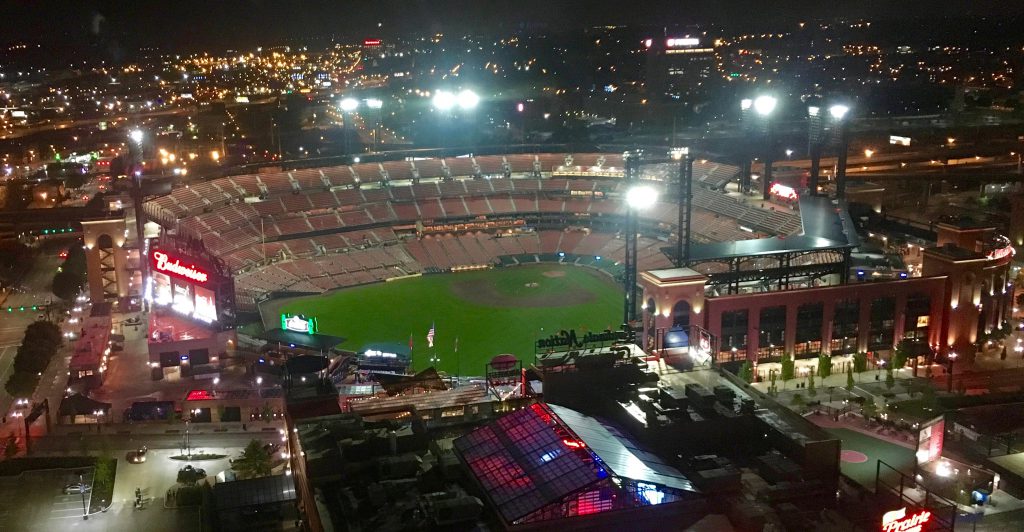 As I walked through the Hilton at the Ballpark, I noticed that the halls were lined with historical team relics, pictures that paint a history in St. Louis.

As I laid down in bed that night, I began thinking about our trip to the Purina headquarters the next morning, where I’d meet up with 9 other bloggers (some already acquaintances) and the team behind the Beneful brand.

As we walked through the halls of Purina… 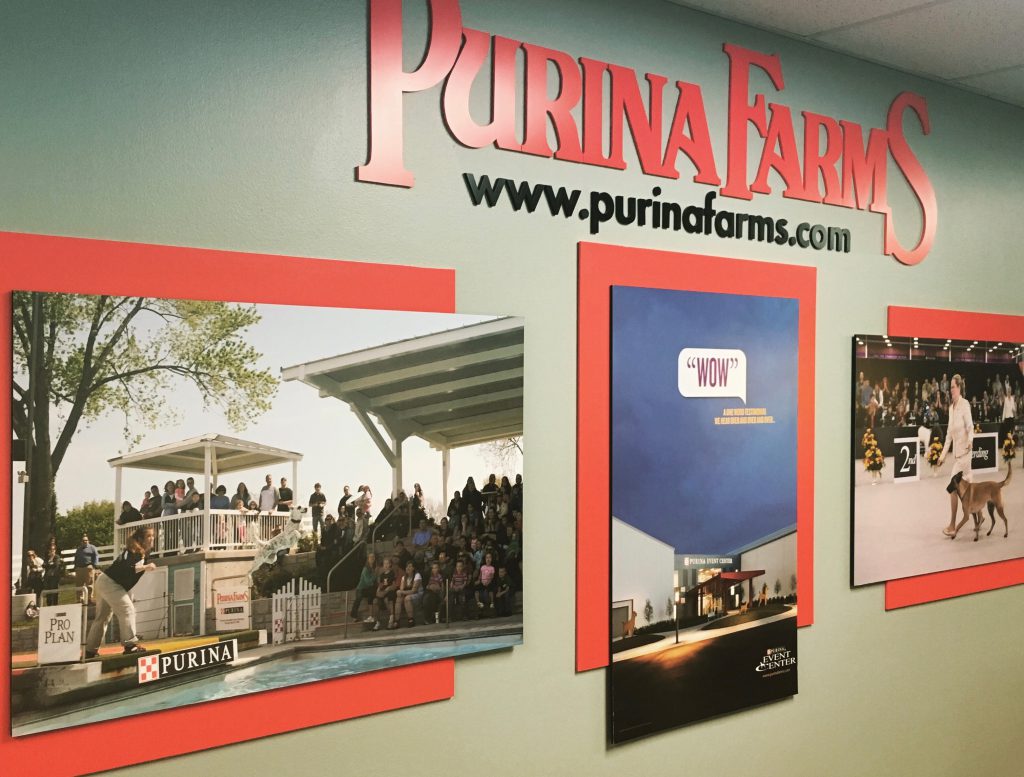 …the pictures on the walls, once again, painted a historical picture.

Purina was founded in 1894 as a farm feed business by a man named William Danforth. In my opinion, it’s incredible to see an American-born company that has evolved, survived and sustained itself here at home for over 120 years – there’s something to be said about that.

In 1926, the same year that the Cardinals won their first World Series down the street, Purina first introduced Dog Chow through their invented extrusion technology. They’ve since grown to employ over 10,000 people – over 7,000 jobs here in the United States across 20 factories, 16 sales offices and 2 corporate headquarters – if Mr. Danforth could only see his ‘little’ farm feed company now.

As I met with the executives, brand team and experts (food scientists) behind the brand – I did have a few questions. My main concern was the rumor of a recall that happened a few years ago. A forum that surfaced (for me) on Facebook, talking about how Beneful was causing their dogs to experience seizures and because I didn’t have the time to research or contact the brand, I became one of those people that immediately discontinued feeding it to my dog.

In one of my next posts, I’m going to explain and dispel the banter – pet owners, you’ll want to hear this…

As we wrapped up our session for the day, we looked forward to the next morning, where we’d find the opportunity to give back to the St. Louis community – landscaping and adding new features to the Soulard Frenchtown Dog Park as part of the Beneful Dream Dog Park Project. 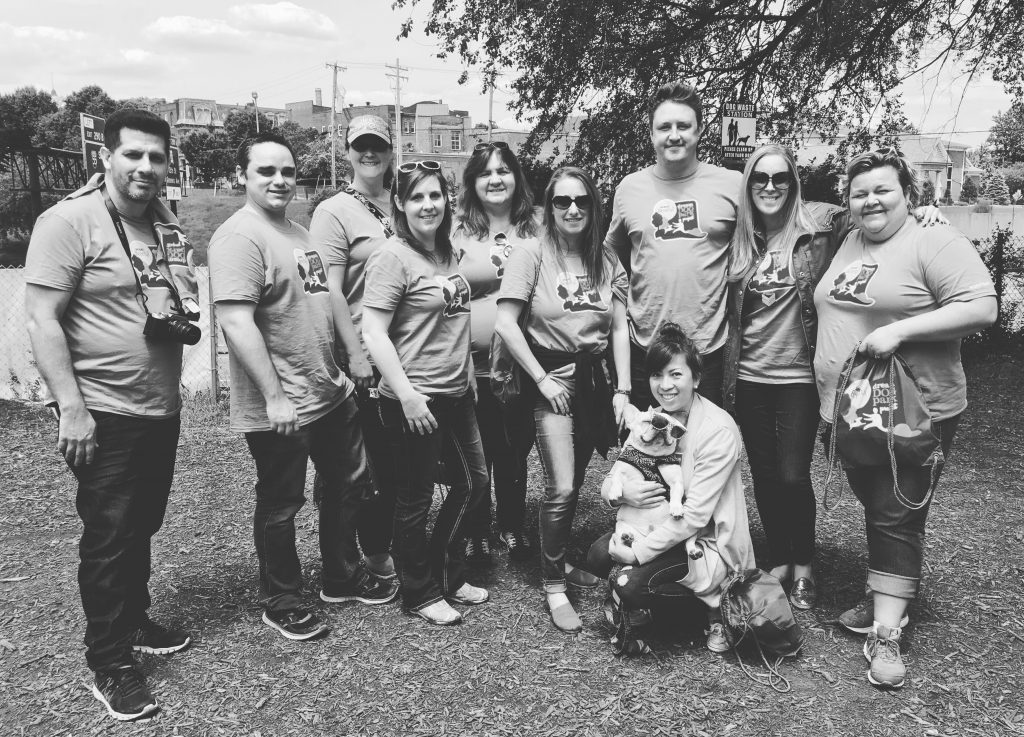 We may not be as gritty as the 1926 Cardinals, but we pulled weeds, planted shrubs and landscaped with the same passion they played ball. More on this, next time….stay tuned!

EDITOR’S NOTE: This was a sponsored trip and post by Beneful, however, the thoughts, story and explanation of my journey are all mine. To learn more about the Beneful brand, check them out here, on Facebook, Twitter or Instagram!