Growing up, my brothers and I always eagerly anticipated the arrival of the Sears Christmas Wish List catalog. That thing was massive, heavy, and filled with all kinds of amazing toys… we would fight over it, trying our best to be the first to circle the G.I. Joe Aircraft Carrier or Star Wars figurines… we each used different colored markers and pens and competed to see whose lines were darker and thicker, as though that was some indication of how badly we wanted a particular toy or game. 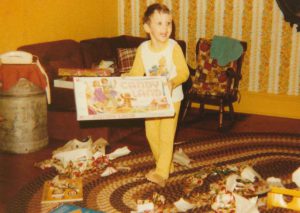 Sears was this company that was iconically 100% American… they’ve been around for over 125 years and although their brand may have taken a hit or two in the past several decades, they’re fighting back in true American spirit.

So… this week we’ve been sick with an amazing viral biphasmatic fever that manifests itself like the flu—except it’s not the flu. It’s a friggin’ virus so there’s no amazing antidote to cure it. It’s awful. High fever, body aches and a whole host of other fun diddies… because the circus was sick I didn’t want to go out somewhere to grab my wife a Mother’s Day gift. I decided to take a chance and use this new service that Sears just launched called Sears In-Vehicle Pickup. You can order an item via their app, and within five minutes of completing it, it’s ready for pickup at the store of your choice. This is genius for me because I don’t want to breathe on anyone, nor do I want anyone’s rugrats breathing on me.

We all know that I’m a creature of “waiting until the last minute” in almost any given situation. This week was no different. Juggling three kids under the age of six, myriad deadlines for different clients and a wife who is neck deep in a project of her own, I found myself sitting in front of my computer on the Thursday before Mother’s Day with not a single creative idea on the horizon.

My wife loves shoes. And perfume. And jewelry. She’s pretty easy to buy for, but I hate giving her something so commercial on a day that is dedicated to her having given me something so precious and unique (EDITOR’S NOTE: seriously, most days they are monsters, completely, but occasionally I can describe them as precious and unique—like when they’re sleeping.)

I bit the bullet and ordered my wife some Marc Jacobs perfume, which she will love–I know she will love it because she told me she would. I popped the kiddos in the car still in their pajamas (and me in my housepants and a three day-old t-shirt with something dried on the left shoulder that I swear is dog crap), and drove down to try my hand at this quick order service. 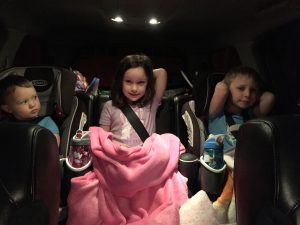 In a word—GENIUS. Worked like a charm. I didn’t even have to get out of the car and I had what I wanted signed, sealed and delivered.

So yes, to those of you asking, even though I can hop online and buy a Mother’s Day gift, I want to support Sears. I appreciate this American brand and their ability to change with the times.

EDITOR’S WIFE NOTE: This is a sponsored post in conjunction with Life of Dad and Sears. Full disclosure here… the sexy, charming and totally under-appreciated wife wrote this post as Dad or Alive was garbling words from the sofa his deathbed–and when I told him I’d love some more Marc Jacobs for Mother’s Day, he replied “who the hell is this Marc Jacobs and what does he have that I don’t?