Back in 1994, I remember packing up for college and begging my parents to take the family computer. I NEEDED that computer.

I was going to move out of their home 3 1/2 hours away and put my nose to the grindstone along with a few thousand other ambitious freshmen. I pleaded with them, telling them that the cold weather and hilly campus would make it too difficult to hike to the library in the winter elements and that, if I had that trusty computer, I’d be warm, comfy and educated within the confines of my cozy apartment.

They obliged and I commenced the unscrewing of port inputs, blowing away the Dorito dust from the keyboard and embracing the arduous task of wrapping the cord around the monitor and nearly breaking my back while shoving it into the front seat of my truck with a bath towel wrapped around it as protection. The processing tower also rode up front, with a basketball and several t-shirts protecting it from a potential crash.

That PC eventually died in an apartment fire and I’m not even sure that I ever did anything on it but play ‘Leisure Suit Larry’.

In the end, I wound up having to trudge through several feet of snow to get to that aforementioned library and master Windows 95 in order to do research, type papers, left click and right click this and that and send my professors emails, asking for that ever-dreaded term project extension.

I carried my PC knowledge (and evidently one of the same bulky monitors) into the beginning years of my career in the entertainment industry.

It didn’t last long before my company decided that they were going over to the dark side – MAC.

I’ve been using Apple products for the last ten years and thought I’d never turn back.

That is, until Dell reached out and sent me their latest and greatest.

I have to admit, my initial impression was great. All XPS notebooks ship in recyclable, compost-friendly packaging, including highly renewable bamboo. As far as the actual laptop goes, this is Dell’s greenest laptop to date. For those of you ecological junkies out there, they avoid materials like cadmium, lead, hexavalent chromium, mercury, some phthalates and they’re all BFR/PVC-free.

Meanwhile, I’m pretty sure my elementary school was packed to the rafters with asbestos, covered in lead paint and whenever I faked an illness, the school nurse jammed a glass tube of mercury into my mouth, so I’m also happy about this.

Once I had the backpack of components out of the box… wait, hold on, I’m getting ahead of myself.

Let’s back up and explain what this little dandy came with.

Aside from the actual notebook itself, which comes inside of a custom-designed sleeve with a cord-pass through, this particular XPS came with the Dell Power Companion (normally sold separately) that can allow you to execute in-bag charging to your XPS, phone & tablet. It also was packaged in a premier backpack that touts itself as TSA checkpoint-friendly (easy-access sleeve) and includes your power adapter and USB 3.0 to HDMI/VGA/Ethernet/USB 2.0 conversion adaptor.

Once I actually pulled the notebook from that sleeve, the first thing to blow me away was it’s weight.

2.6 pounds. I’m guessing that PC that I took to college weighed closer to 26 pounds.

I’m pretty sure that my plate of brisket burnt-ends that I had for lunch yesterday weighed more than this notebook.

The next thing that I noticed was how sleek this thing looked. The top cover and base are precision cut from a single block of aluminum, much like my chest and abs (no picture included because I’m lying) before I got married and had kids. 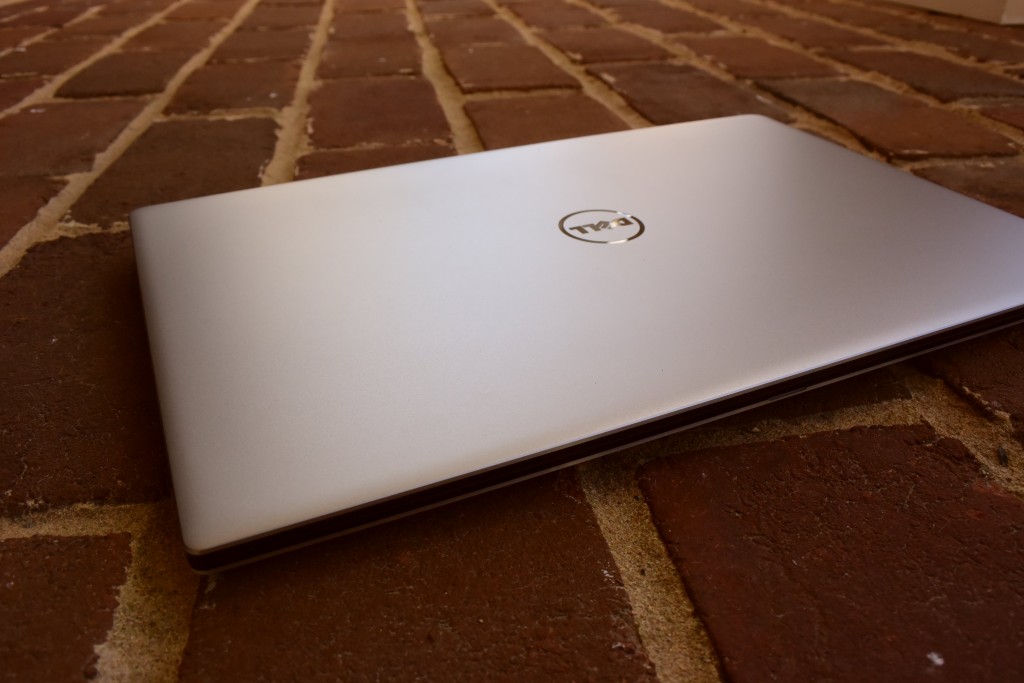 And when you pop it open – you’ll notice that the carbon fiber palm rest is strong like aluminum, and thin, but feels cooler to the touch. The QHD display is edge-to-edge Corning Gorilla Glass (something I’ll need with my circus of offspring) and bonded to the display back for added strength. 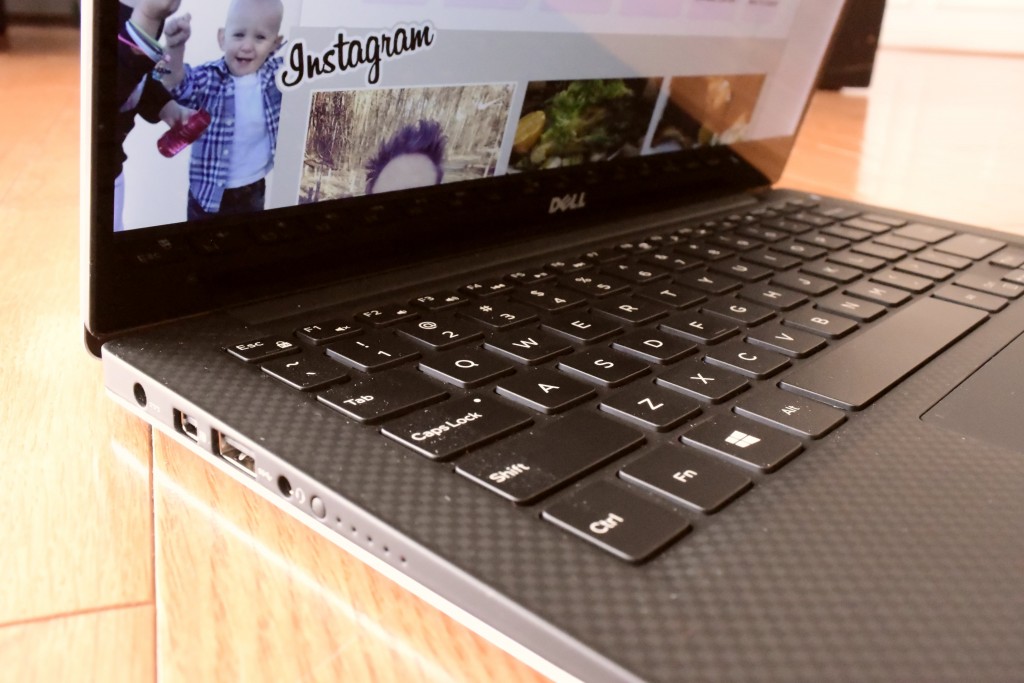 What is a QHD display you might ask? Don’t sweat it, I already did.

The notebook has an ultrasharp Quad HD+ display which boasts an incredible 5.7 million pixels. High resolution means whatever you’re doing, your image is precise and clear.

In this instance, on vacation, cruising through the Gulf of Mexico – I couldn’t pick which image was more enjoyable. Did I mention that the bezel on this display is only 5.2mm on the top and sides? It’s almost non-existent, like my pants in this picture.

One of the coolest features in my opinion, is that the display is a touchscreen. I’m fairly picky about my touchpads and sometimes get impatient, using my big ogre fingers to maneuver the tiny arrow to click OK. This way, I can just touch the screen and IT’S ON.

There are two other things that I’ve noticed about this notebook. It’s fast, yet maintains it’s stamina – unlike me. CUE SYMBOL CRASH.

Seriously though, it’s equipped with a 5th generation Intel processor and with Rapid Start Technology, the XPS 13 boots from cold in only a few seconds. And the one GIANT thing that I noticed when I took this on vacation to Mexico two weeks ago, was that I never even plugged it in. On a full charge, the XPS can go over 15 hours of run-time AND with the Power Companion, up to 22 hours. That kind of battery life serves me well. I hate dragging my cord to Starbucks and having to spend 20 minutes scouting for a seat near an outlet. I don’t have 20 minutes to mill around – I’ve got three kids under six. If I’m lucky enough to get a little bit of time to myself, with the XPS, I can just roll in, sit down and get to work.

I think this thing is incredible.

Dell and Intel have put something forward so amazing, it’s hard to deny.