Unfortunately, I’m not Lieutenant Steve McGarrett and this post has nothing to do with Hawaii, except for the fact that I feel like I deserve a trip there after somehow stringing together almost 60,000 words to form a continuous, cohesive story for the first time in my life.

When I sold a book to Penguin Publishing a little over a year ago, I was pretty excited.  It was cool to nonchalantly say ‘yo, I sold a book’ to friends and family.  I acted as if I had it in the bag, it was no sweat, like velcro shoes.  Man, was I naive.

I’ve handled some difficult shit in my time.  Literally…shit.  I’ve pitchforked stalls of frozen cow dung in single-digit temperatures, sorted filthy recycled plastic in a country warehouse and pushed countless wheelbarrows full of concrete in the blazing hundred degree heat of an east coast August.  While those jobs were physically demanding, writing this book was draining for me both mentally and emotionally.

As some of you already know, before I became a stay at home dad, I worked in comedy.  I loved the art of storytelling and crafting a joke and had a massive amount of respect for the stand-up comedian.  To this day, I think one of the hardest things to do is peel, wash and dice up your life and put it on platter for everyone to smell, taste and either spit out or keep eating it until they’re full.

Since I started my blog, I’ve pretty much been an open book.  I’ve talked about my journey of becoming a father, along with the joy and pain of being a stay at home parent.  For anyone who cared to tune in, with a little effort, it was right there waiting.  But this time it’s a bit different.  This time it’s all out times ten.  You don’t have to ask for someone’s wifi password, find your phone or sit down at your computer to log in, it’s more physically tangible.  It’s a book.  It’s something you might get for Mother’s or Father’s day as a gift (wink), it’s something you might see at the library or left behind at the bus stop.  It’s all over the place.

I have to admit that I’m a little nervous.  I’ve put myself in a position to be judged on everything.  For over a decade while I worked in Hollywood, I was always the one judging.  I was always the one giving advice or telling you that something needed work or wasn’t funny. 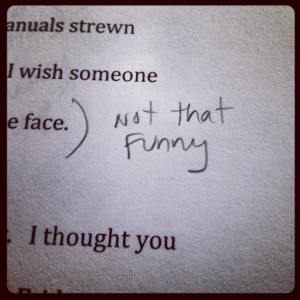 It shows the pride, joy and confidence of being a bread-winning father and how nothing is ever certain.  It talks about losing your footing, picking yourself up and dusting yourself off when the chips are down…and adapting and evolving to a situation you didn’t see coming.  It talks about my own depression and insecurity…..but also reinvention.

And it just so happens that a little girl was the glue that kept it all together. Reliving these memories as I tried to put them together in a story that was not only personal but funny, was a lot harder than I had first assumed.  Looking back on the year it took me to write this, I feel lucky and fortunate to have had the opportunity to share.

The day I found out that the publisher wanted to use a picture of me and my kids on the cover of the book is a day I’ll forever remember.  The cover says a lot.  Not only to the sympathetic parent, but also to me.  It reminds me of a quote I once read…

“You’ll never leave where you are until you decide where you want to be.” 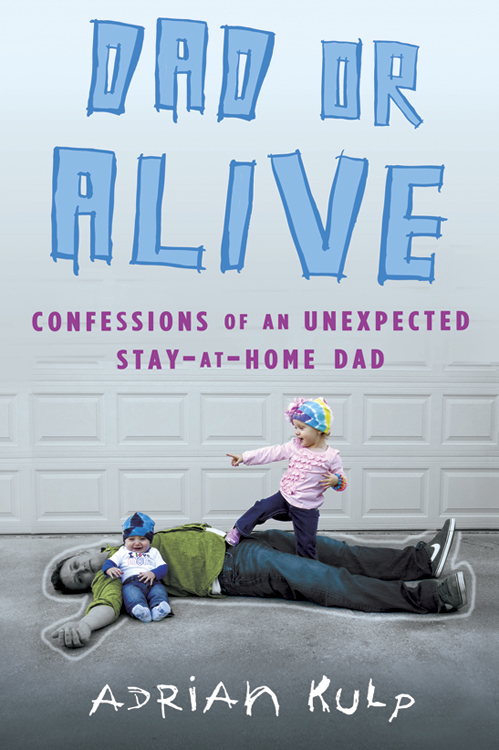 Despite what anyone thinks after reading this book, it reminds me how far I’ve come and how proud and lucky I am to have these amazing children.

It doesn’t officially hit the shelves until May 7th, but it’s currently up for pre-order.

If you’re an expecting parent, I’ve given you a glimpse of what the first year might be like from a guy’s perspective.  If you’re already a mom or dad, maybe you can sympathize with my struggles and find some humor in my journey.  And if you’ve already raised your kids and you’re looking forward to retirement or the prospect of grandchildren, this could bring you back and get you excited to move forward…

Thanks to everyone…family, friends and followers who have supported me along the way.  Order your copy now and I’d be honored if you shared it with your friends!