This story was contributed by our good friend Amy over at @cb4m – ENJOY!

Damn that Morgan Freeman–the whole world is bucket list crazy.  Walking through any airport bookstore, I’m bombarded with thousands of things I should be doing, seeing, reading and eating before I die.

Too many things!  Can’t be done!  Time is precious, sure, but is turning life into an epic to-do list the way to enjoy it?  I’m officially over bucket lists.  If you ask me, bucket lists have jumped the shark.

Instead of pressuring myself to see the world, run a marathon or win a Grammy (as a mom to a toddler, I consider it a victory when I leave the house with clean hair), I thought I’d let myself off the hook on some of my least favorite activities.  So here they are:

10 things I’m simply not going to do anymore:

1. Go to Ibiza, or any other place where I’m supposed to take Ecstasy, wear a glow necklace and bounce frantically to seizure-inducing rave “music.”  If I wanted to relive an episode of my youth, it would involve a large pizza, a six-pack and my old metabolism. 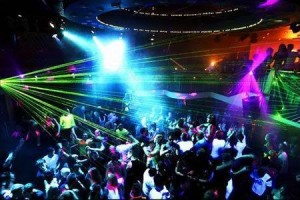 2. Wait in line to return anything that costs less than $10.

3. Deep clean.  I’m cool with organizing and tidying, and I’ll do the bare minimum to keep stickiness at bay, but as long as I can pay someone else to scrub the toilet bowl, I will.  Life’s too short to do things I hate on a regular basis.

5. Use condoms.  Don’t get me wrong–they’re important.  I’ll probably install a dispenser in the bathroom when my kid’s a teenager.  But I’m monogamous now, and this is my reward.

6. Do a shot because someone else demands it.

7. Pee or God forbid poop in a port-a-potty. The joy of hearing festival music is not worth the assaults on my other senses.  Should I ever agree to attend Coachella or Lollapalooza again, it’s going to be VIP or not at all.  Screw Burning Man. 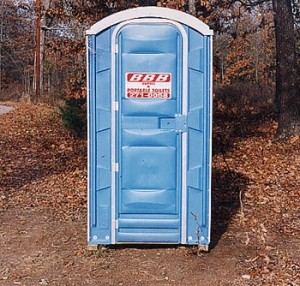 8. Obsess about my body.  In the next decade, when it looks even sloppier, I’m just going to reminisce about how comparatively rocking it was 10 years ago, so I might as well try to appreciate it now.

9.  Go bungee jumping, sky diving, jet skiing or anything else that might leave me less functional for my family. 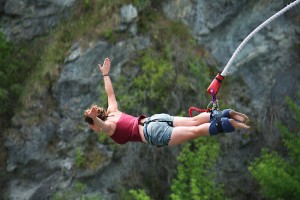 10.  Make a bucket list, no matter how tempting that might be, what with all the free time I’ve just cleared via items #1-9.

What’s on your Anti-Bucket List that you never want to have to do again?   Leave a comment and consider it crossed off. Amy writes the blog Carriage Before Marriage about being a mom to a toddler while still planning her wedding to her fiance/babydaddy. Her misspent youth involved far too many porta-potties, raves and jet skis–just don’t tell her daughter that when she’s a teenager.  You can follow Amy on Facebook HERE and also check out her Twitter feed – @cb4m.