As road weariness, saggy eyebags and a dead-leg set in, I opened the moon-roof to put my hair in the wind, a little Hunter Thompson, Fear and Loathing style.  Instead of acid and filter-tipped cigarettes, the hallucinogenic properties of the Diet Cokes and beef jerky had me listening to this cloud.  It was luring me into the next state. 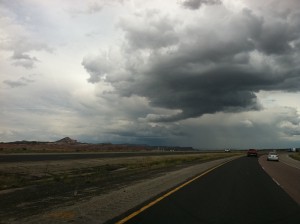 Welcome to New Mexico.  I had only been through this state once on my way to Los Angeles via train, back in 1997.  I don’t remember much, thanks to Bloody Mary and her dumb friend Heineken, the only two drinks Amtrak would serve. Something told me that we were about to be enchanted.  I wasn’t certain whether or not it was the landscape behind the welcome sign, or the Aquafina bottle half-filled with piss at it’s base, but we were in for a real treat. 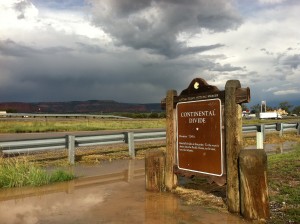 We moved past the road-tinkle cocktail and I’m pretty sure we saw this off of the highway.  The sign indicated that at this particular point, rain would either run to the left or the right, into the Pacific or Atlantic oceans, respectively.  I’m no meteorologist, nor an expert on geography, but it seemed to me that the water just kind of sat there, forming a large muddy puddle. 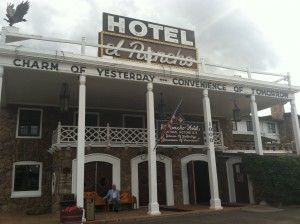 We galloped into Gallup (see what I did there) and decided to stop at the El Rancho Hotel, which has a reputation of being ‘home of the movie stars’.  Coming from Hollywood, I was intrigued and thought it might be nice to piss on the same urinal cake as Jack Benny and Burt Lancaster.  The El Rancho has some serious history behind it.  It was built in 1937 and is currently owned by Armand Ortega.  He’s on the bench in this picture.  He came over to our table, sat down and chatted with us for awhile. 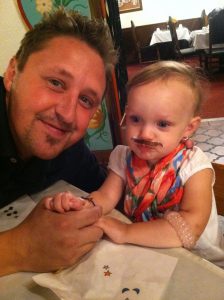 This is a picture taken from the dining room after Armand left us, to use the ‘owners table’ to conduct business.  It makes me smile every time.  Not Armand, my daughter.  After our fill of ‘new’ Mexican food, we started to feel that, if we were going to arrive at our new home by Thursday, we needed to hammer.  Plus, my wife wants me to wrap up this blog series, she thinks people are bored of the reverse Griswold.

SO.  I drove across the rest of the state, smacking my cheeks and sticking my head out the window, to stay awake, but more importantly, to release the dog-fart airlock that was making me cross-eyed. We approached the Texas border and I pulled over for this shot, while a Dodge Ram, which had been riding my ass for the last twenty miles gave me the Texas welcome.  High beams and the ole’ fuck you through the gun rack out of the sliding back window as he ripped past us. 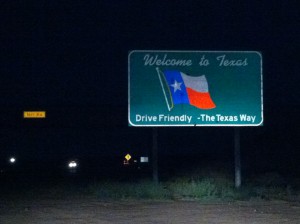 As we moved towards our resting point for the evening, Amarillo, I noticed a town named after me.  Was I delirious?  Was this a sign?  Did I have business off to the right? 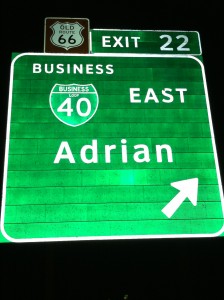 We basically picked a name out of a hat to determine where we were going to stay in Amarillo.  The Drury Suites sounded fine and we made a reservation from the road.  Online reviews said it was fine, while the comments just advised us not to let them put us on the 6th floor.  It was half-smoking, half non-smoking.  My wife disregarded the comments, thinking it would be a long shot that they would do that, especially since we reiterated several times that we had a newborn and a toddler and needed a crib.

She never mentioned this caveat to me after she hung up with reservations, so I pulled up and moved everything inside our room.  ON THE 6TH FLOOR.  It smelled like the back of a cab in Vegas.  I distracted Ava from the ‘whats that smell’ game by giving her these links that she thought were bracelets.  Kid is a sucker for jewelry. 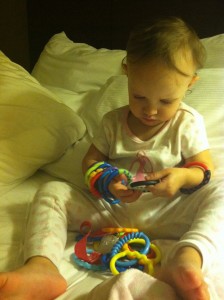 She kept squeezing them higher and higher up her arm and I was just waiting for them to make the jump past the collar bone and give us a long-neck Ava. 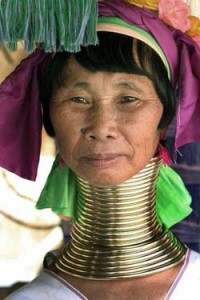 The next morning, instead of smashing this novelty hotel horse with a tire iron, I put Ava up there, so I could use her ‘sour grapes’ face to publicly slam this hotel chain. 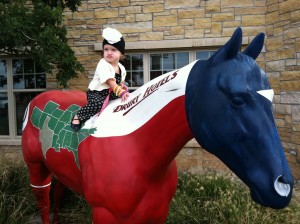 We wrote them a complaint and got a free night in the Amarillo Drury Suites!  How awesome.  Another night in the second-hand cancer pit.  You guys are the best.