When my wife and I first started dating, we talked a lot about our expectations for the size of family we might have. I grew up with two siblings, so the number ‘3’ seemed natural to me. She, on the other hand, always envisioned ‘5’ as her magic number. As we all know, marriage is full of compromise, so we settled on 4.

‘Settled’ probably isn’t the best word to describe where we ended up. We’re ‘Grateful’ and feel ‘blessed’ to have finally completed our family, as it wasn’t always the smoothest road. With our first three kids, getting pregnant barely took one ‘date night’. My potency probably should’ve been documented by the top medical journals. After Mason was born, it took us over 20 months of trying to conceive, before we finally got the good news.

As a lot of you know, my wife suffered a miscarriage during that pregnancy towards the end of the first trimester. Unfortunately, a lot of couples go through this emotional experience, sometimes multiple times and rarely do we opt to talk openly about it. My wife shared her experience on the blog in ‘The Light that Shines Through the Darkness’.

It took both of us a long time to find peace with that moment, and another 8 very long months trying to conceive afterwards. After over two years of trying, we were worried that every month that went by with a negative EPT meant that we were both getting older and the reality of having one more baby started drifting further away.

It was on Labor Day (ironic enough?) of 2017 that we finally saw a positive result on the pregnancy test. I’ll admit that that first trimester was one of the most nerve-wracking and anxiety-ridden times of our lives. We approached each and every day with optimism, but I’d be lying if I said that there wasn’t a little piece of me (or her) that was fearful of the other shoe dropping. It was only after we had gotten past the first trimester, that we released the breath that we’d been holding in for weeks.

At that very same time, I got a phone call from a publishing house in Berkeley, California. They were vetting writers for an idea they had. In looking across the literary landscape, they had identified a lack of resources for the expecting father. Yes, there are a handful of great books out there, but clearly they felt like there was room for one more. I spent an hour on the phone with them, explaining how I came to write this blog. I detailed my experiences as an expectant father and how that lack of available resources brought me to create ‘Dad or Alive’.

We hadn’t even told our families about the baby yet, but I felt compelled to tell them about our latest journey, struggle and eventual success. Perhaps it was some sort of divine intervention or just shit luck – that I’d get the opportunity to write a book about pregnancy, all while living through it on the other side of the page.

A few days later, they called and gave me the assignment. In a little over 8 weeks, I delivered a draft of ‘We’re Pregnant, The First-Time Dad’s Pregnancy Handbook’.

In the months following, I worked on a marketing campaign that ran parallel with the efforts of an incredible team of execs, creatives, artists, illustrators and one hell of an editor, Kim.

With both ‘buns’ in the oven – all we could do was sit back and wait for their delivery. 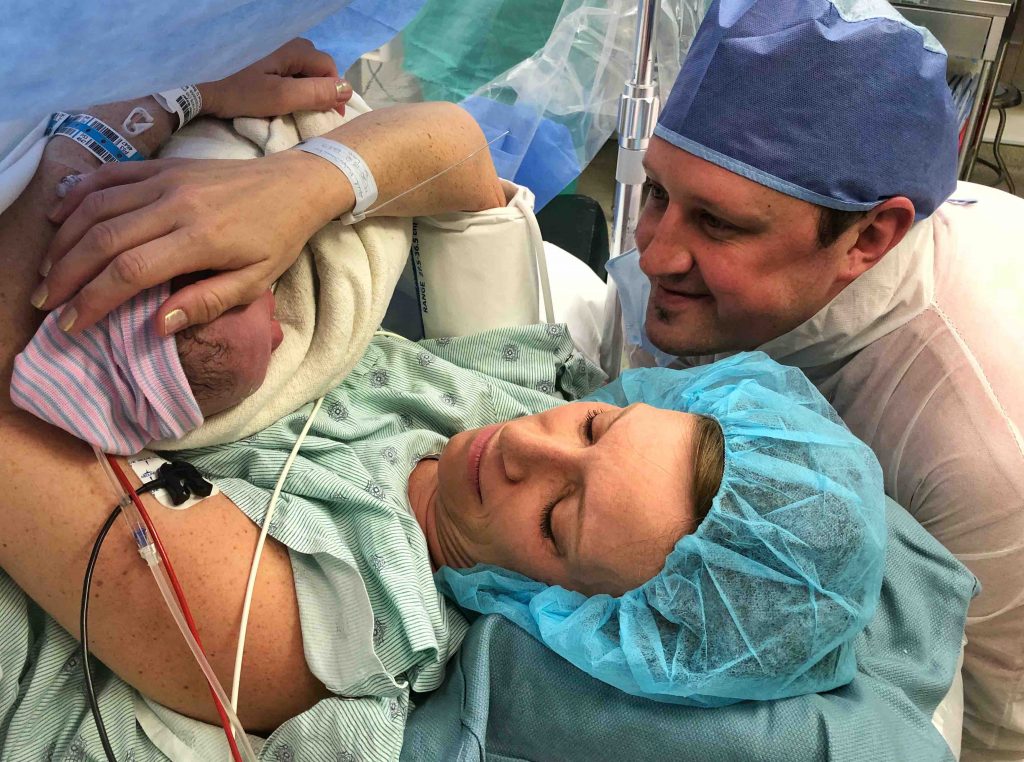 As luck would have it, the birth of our child and the debut of my book would occur in the same week. On one hand, the timing couldn’t be worse. I’d be publishing social content at a feverish pace, working multiple angles to help increase exposure – all from the questionable hospital wifi of labor, delivery and recovery. On the other hand, the timing couldn’t be better. I’d have no lack of pregnancy and baby content to use as a way in to talking about the book.

So which one arrived first? 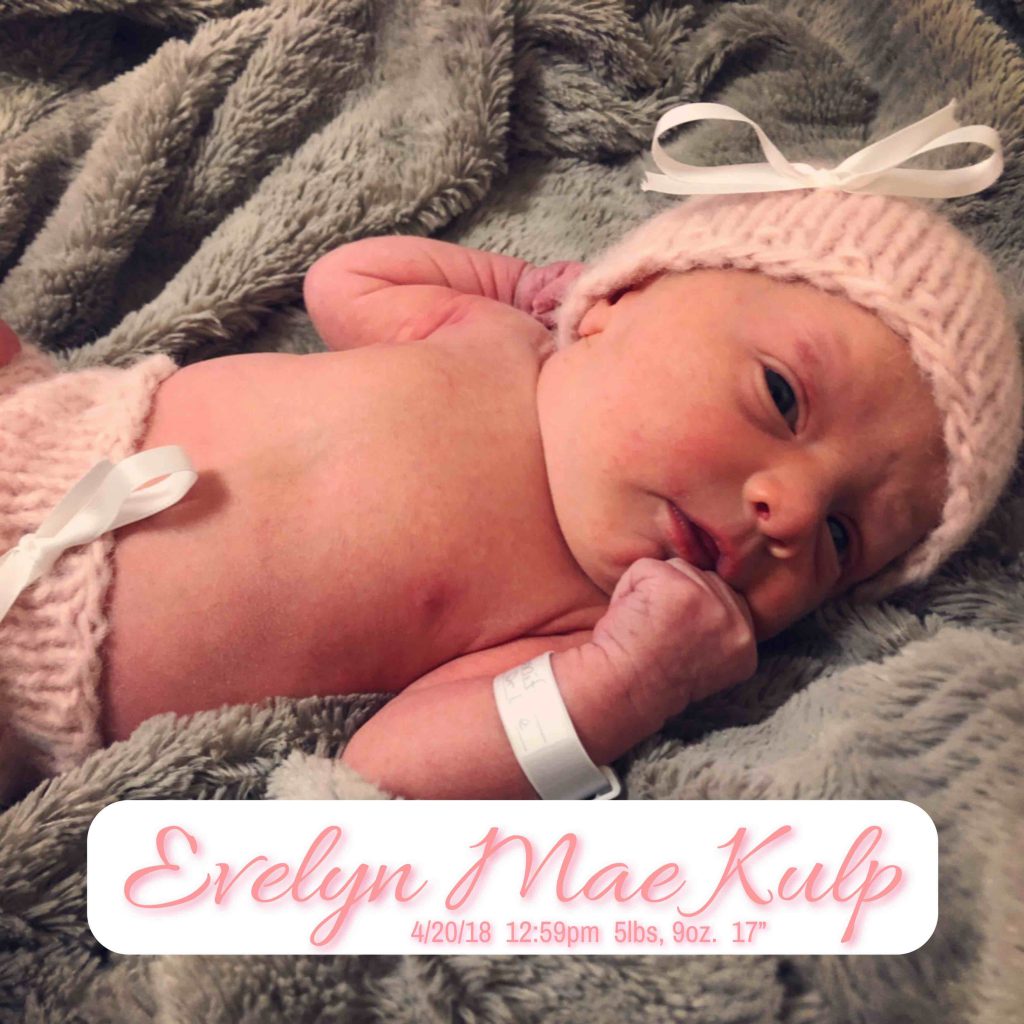 After spending the weekend in the hospital with family in town to visit and celebrate, we pulled into the driveway at home on Monday morning. The very next day, the book was born and delivered to the doorstep of everyone who had made a pre-sales order. Thanks to everyone that supported my efforts! This book is a solid resource for every expectant dad. I break down all 40 weeks of pregnancy and include mom stats, baby stats, not-to-miss appointments and include simple and thoughtful calls-to-action – little things that dad can do to feel more connected to those nine months. It’s also got a glossary AND checklists at the end of each trimester, so if you pick up the book late in the game – you can dive right in and catch up. And last but not least, it comes equipped with full coverage of the fourth trimester – those three months of transition from the hospital to the house…buy the book HERE …

I’ve literally done all the homework for you, the only thing you need to do is freshen up, head out for date night and practice conceiving!

If you don’t take my recommendation… 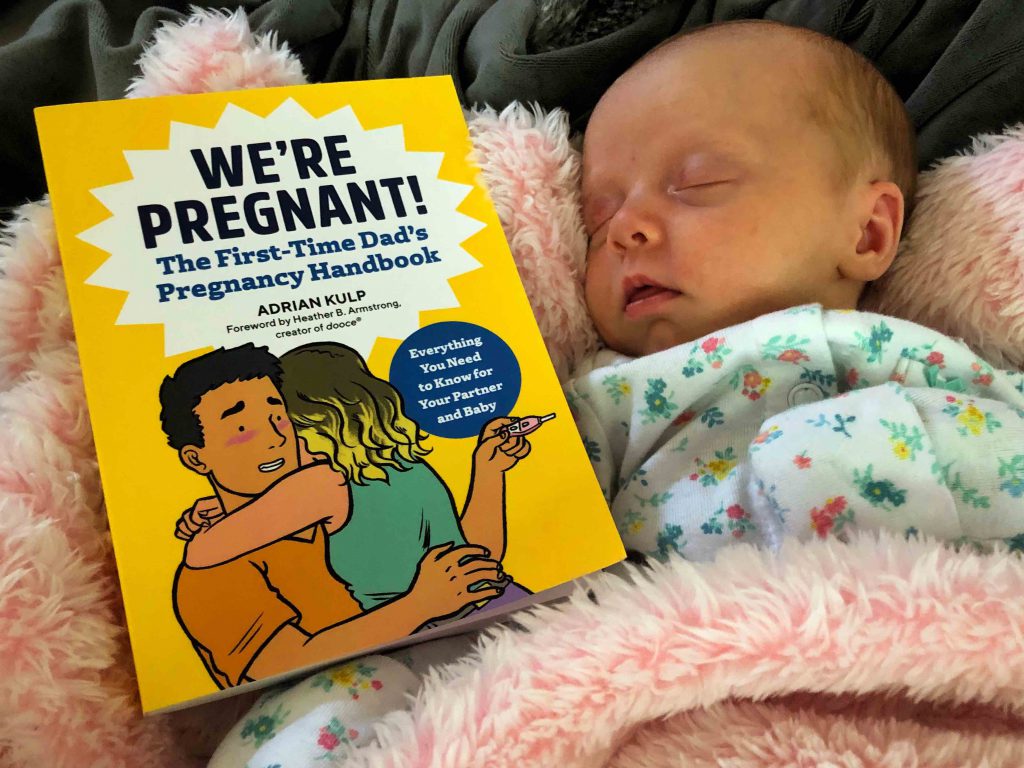