It’s funny, what you remember from your childhood.

On this Father’s Day, I was lucky enough to spend it with my dad, as he and my mom drove down from Pennsylvania on Friday. 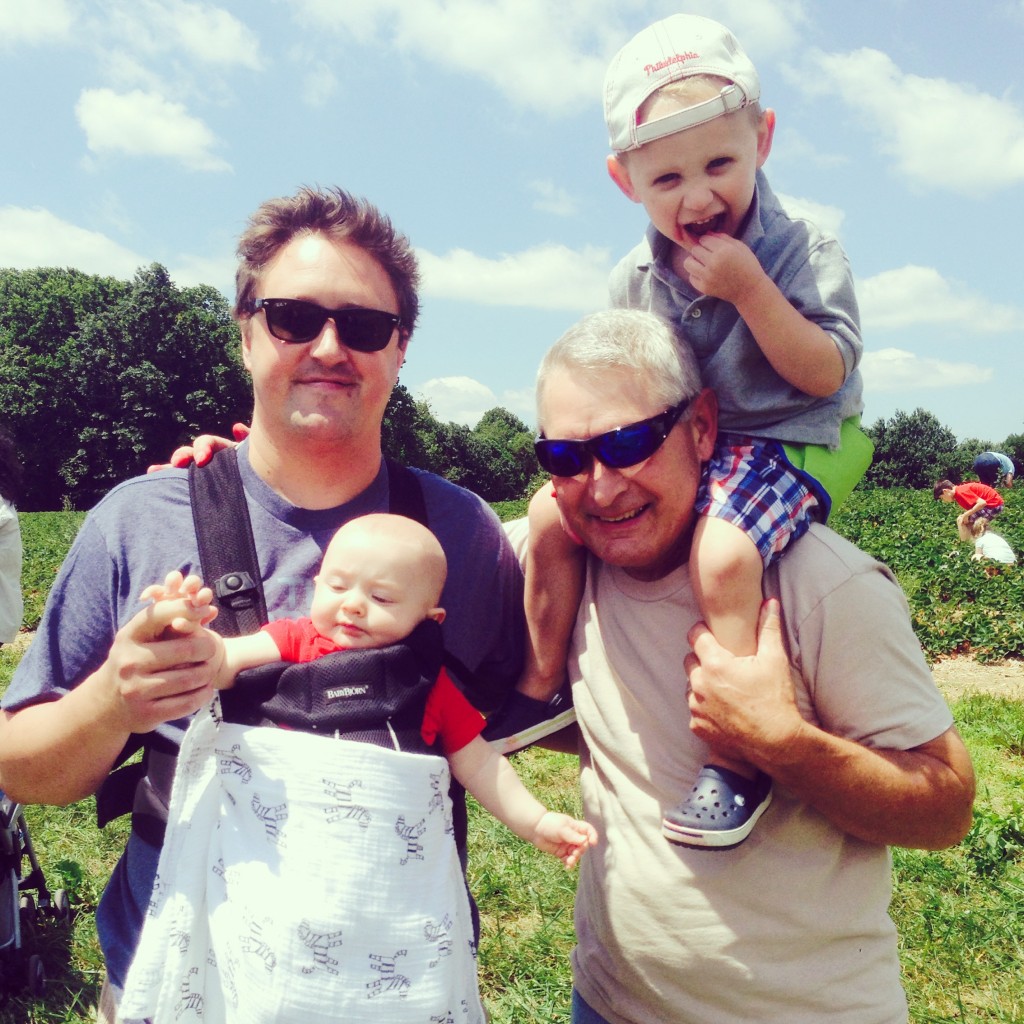 Jenny and Nana ran a few errands in the later afternoon and my dad and I had a rare chance to hang out. We drove to Black Hill regional park, which is only about ten minutes from my house.

My old man is a bricklayer by nature and a fisherman by choice and I wanted to get his thoughts on Little Seneca Lake. I don’t get a lot of time alone anymore, hell, I rarely have any time by myself unless I’m barricaded in the bathroom with a plunger angled against the tile floor holding the door shut… but that’s okay.

It’s Father’s Day weekend and it was cool to be able to drive with him over to our local watering hole, like he’s done for me so many times on his home turf.

He was commenting on how nice the park was maintained and that “I’d be a fool not to come over here to throw a few casts” while, in my head, I replayed one of the most memorable moments of my adolescence, when I was 15 1/2, on my driver’s permit and he was teaching me how to drive stick.

He took me to a back road on the outskirts of Lake Nockamixon and stopped dead, in the middle the road.

Rite of passage, let’s do this thing.

My old man had specifically planned to take me, me alone, onto our back roads and teach me how to commandeer a 2-ton pick-up truck.

Little did he know (maybe he forgot) that I first learned how to drive a tractor around the age of thirteen on the Yost farm, where I worked as a farmhand… but it was different – the stick was between my legs (cool it, I’m not gonna work a dick joke here) and it was just off a main highway, not a field… with other people’s lives at stake.

These were big moments and I remember them vividly.

Dads are their own breed.

Dads have their own way of doing things and I, for one, love that distinction.

We may not be the most patient, level-headed, orthodox guys sometimes… but we get the job done and get it done well.

Earlier this month, after a 60 hour-week with the kids solo and balancing my second job as a writer at night, I woke up on a Saturday morning refreshed and positive.

For some reason I was thinking about how my dad used to make us corn fritters in his green hospital scrubs (my mom was a nurse and jacked these, go’head and try and come after her) on weekends.

I remembered this moment. 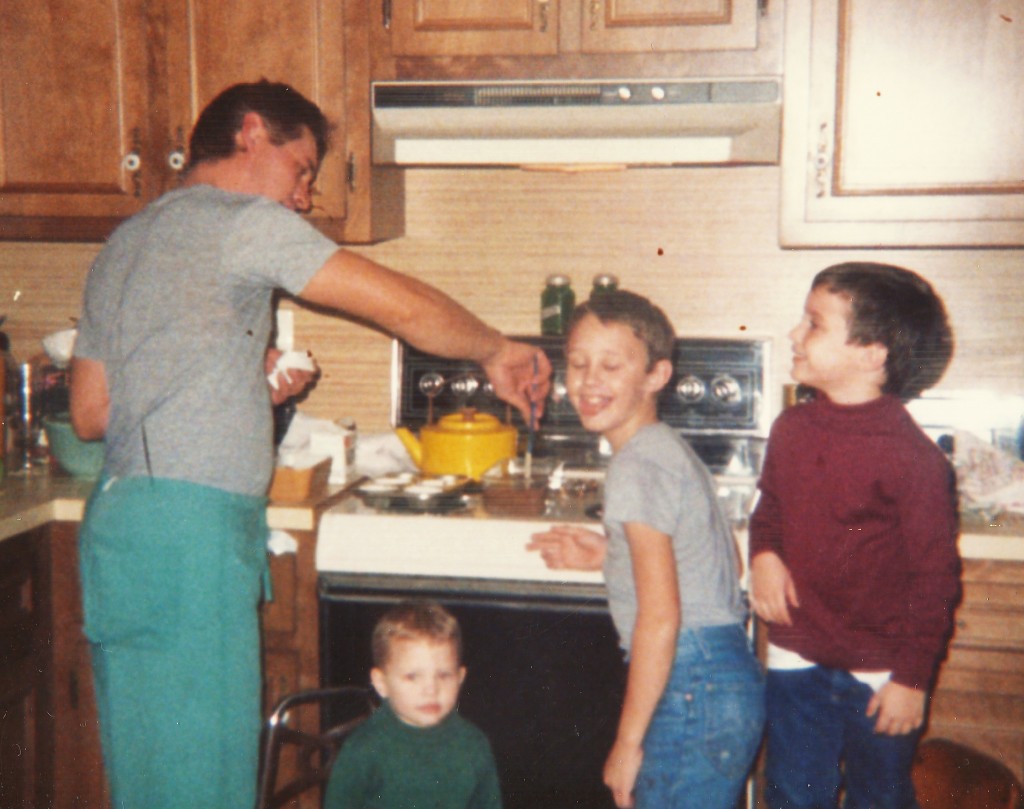 I can’t tell you why and have no reasonable explanation for my outfit on this particular morning.

As I flipped fritters on the skillet for my kids, I recognized that I was wearing the exact same outfit as my dad, thirty years before, as he made me and my brothers breakfast. 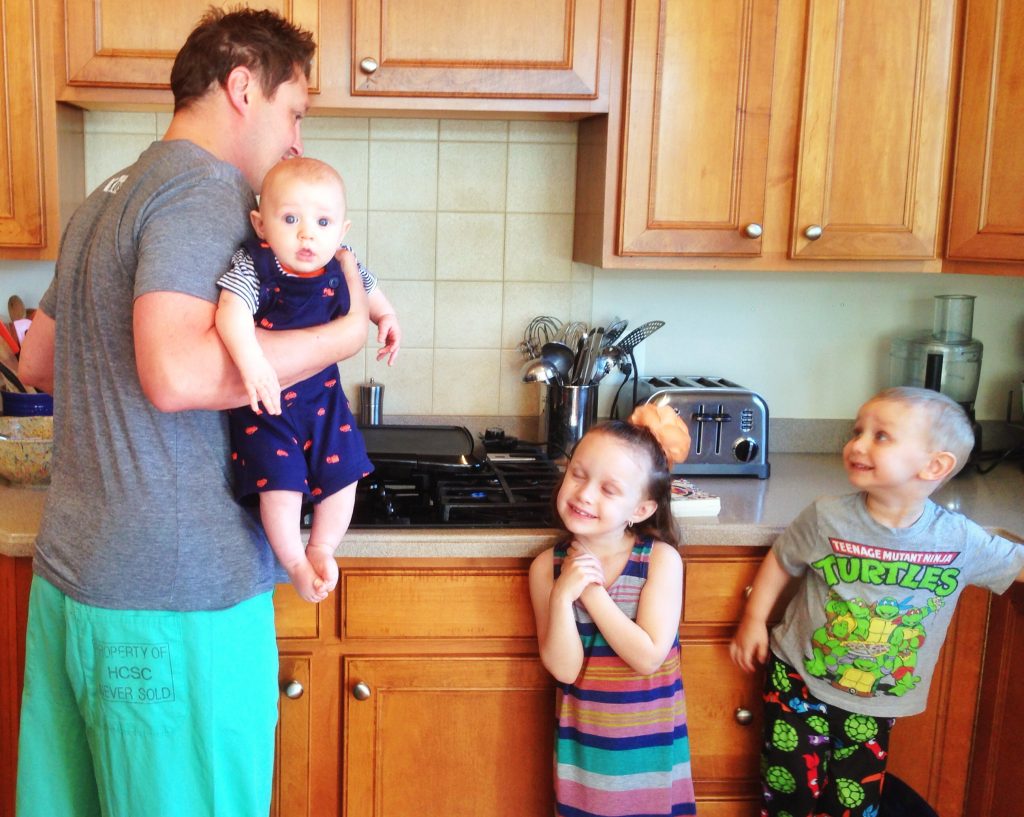 …I realized that I have inadvertently followed in my father’s footsteps. And not just as a chef.

No matter how many years go by, the backbone of what it takes to be a good dad still remains.

I watched my dad and his dad… and have been blessed to have so many years with my own father.

Despite his occasional rough exterior, my dad cared for us, he loved us, he devoted his life to us. He raced home from a 10 hour-day of laying brick in the sun to make it to our little league games, he played catch with me as the sun went down every night, bathed and read stories to me and my younger brothers and shook my hand every time I earned another badge on my cub scout uniform.

Dads are integral, a much needed voice in the balance of parenting.

I’m so very lucky to have a beautiful, loving and caring wife that has given me the opportunity to do the same with our kids.

I can’t ever imagine a day in which I don’t want to show them my best.

HAPPY FATHER’S DAY to every dad out there reading this and remember that WE ARE MAKING A DIFFERENCE.