I’ve been happily married for over a decade, so it’s been quite awhile since I’ve had to deal with any significant break ups. But that’s not to say that it doesn’t happen. Back in 2016, I started dating on the side. She was dropped off at my house on a Tuesday afternoon via box truck. A lovely gentleman whisked her from those confines to the comfort of my back patio with a pallet jack. As I peeled away her plastic strapping and cardboard clothes, I began to feel tingly inside. This definitely wasn’t like the other grills I had gone out with.

She was contoured perfectly. I did my very best in talking her up – from the curvy wheels that she stood on, up along those machined sides to the smooth and sultry shoulders made of stainless steel. This WAS the grill for me. 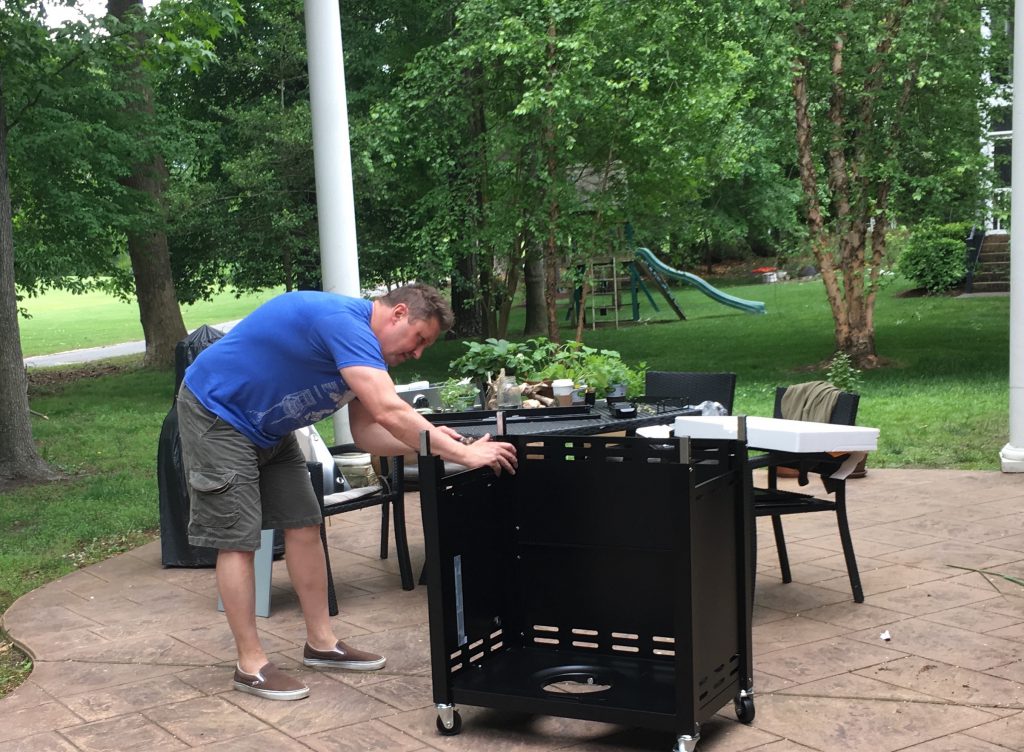 Her name was Char-Broil TRU-Infrared, but we used her nickname, Trudy.

Trudy had everything you could ever want in a grill. She prevented flare-ups with her TRU-Infrared cooking technology that created a barrier between my food and the flames so that I wouldn’t injure my delicate blogging hands in a horrific cookout disaster. She eliminated hot AND cold spots by distributing heat evenly across the grill surface. Her attitude (temperature) was always consistent – she never ran too hot nor too cold, no surprises.

And if there’s one thing Trudy was REALLY good at, it was making our food juicier by heating meat at the grill’s surface, retaining flavor other grills let escape.

Above all, I have to say that even on my toughest days, when life had pushed me to the brink of frustration – Trudy was forgiving. All of her Char-Broil relatives are forgiving as well… it’s their thing.

So she and I were having the time of our lives. Hiding out back, talking to one another with whispers of fat sizzling on the grates and little pops from blistering pepper skin. I even found her a friend to hang out with when I wasn’t home. 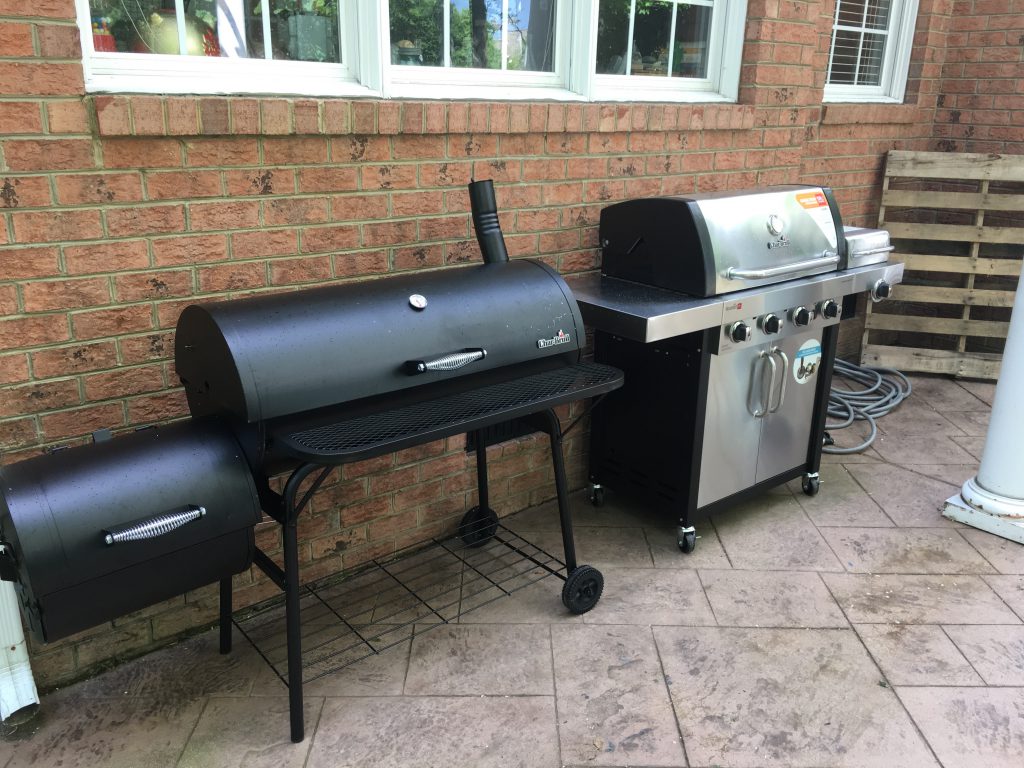 And one day…we were caught. My wife had become wise to my disappearing act.

The best part? She wasn’t even angry. In fact, she joined the party as well. Man, did we have some wild times together over the last two summers. Trudy brought the heat and delivered – some of the best dang burgers, steaks, wings, ribs, veggies and kabobs that you could ask for.

With Memorial Day weekend coming up – I’ve been dreaming, waiting anxiously to go out on the back patio and relive the great times. But sometimes life gets in the way. Sometimes you have to know when to say good-bye.

I’ve decided to take a new job in Nashville, Tennessee, so we’ll be saying ‘so long’ to our home in coastal Virginia this weekend. Sometimes it’s easier to let this grill spread her wings and fly – to someone else that can offer her (if possible) more love than we gave her. And I can’t say that it was easy… 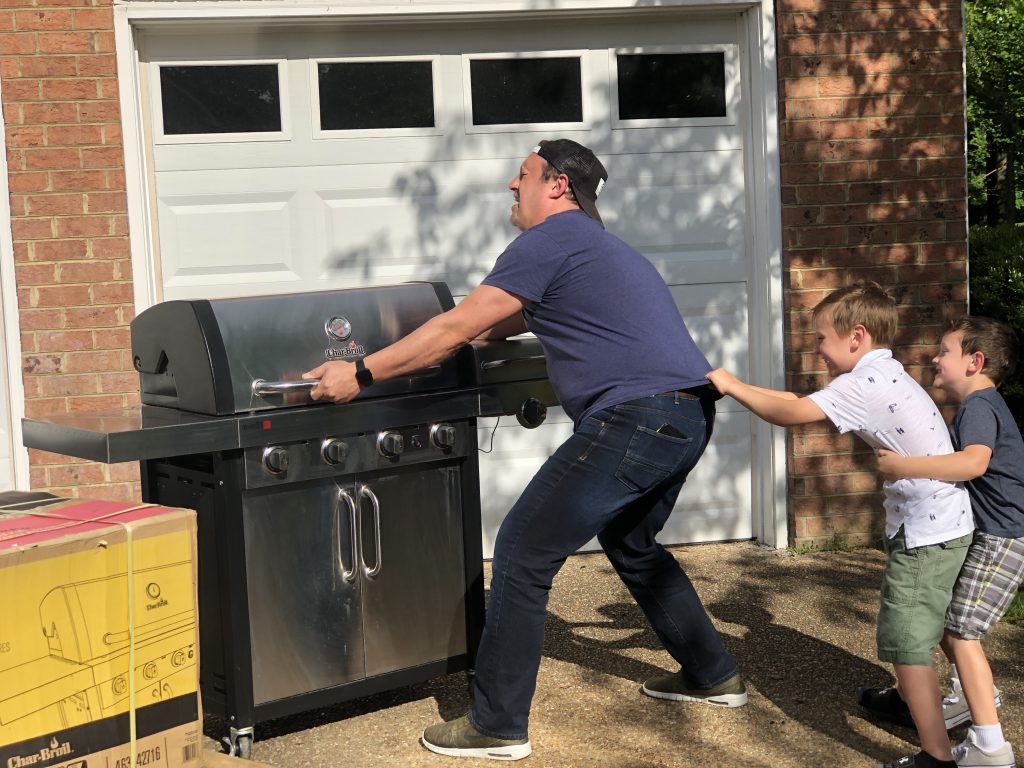 …to tear me away from such a great relationship. And perhaps it was difficult for the kids to see me this way. 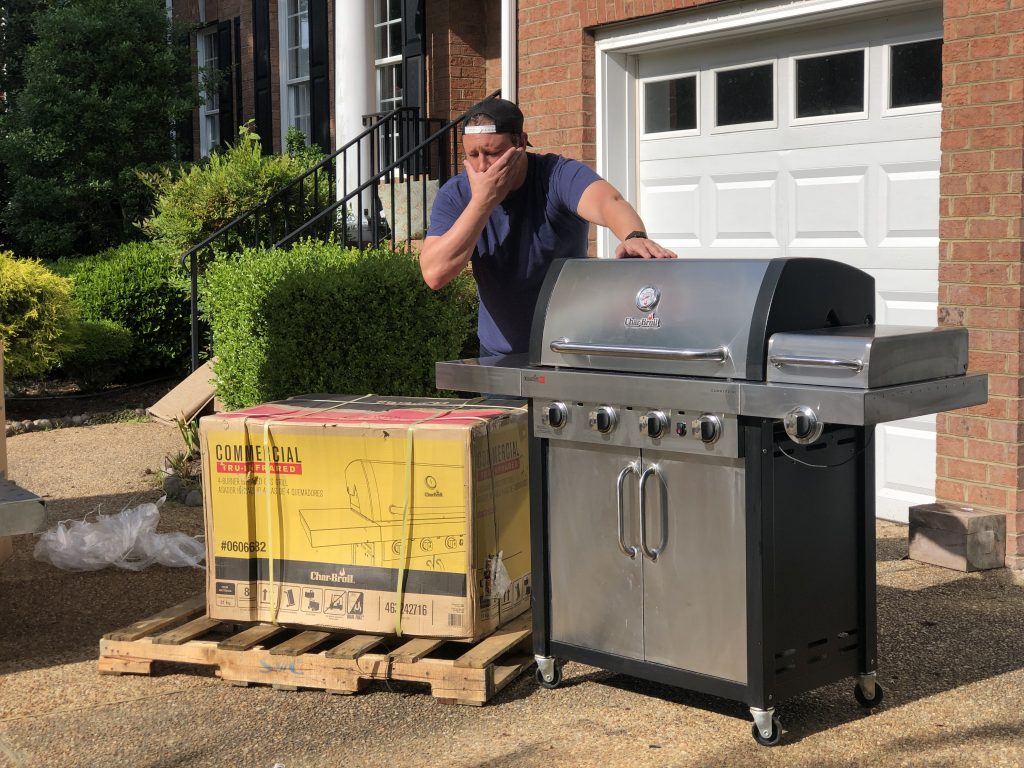 But they convinced me that it’s okay to upgrade sometimes. This grill was my first and it was special to me.

But life goes on…

So it’s goodbye for now… but you gotta be kidding me if a darn new Char-Broil Commercial Series TRU-Infrared 4-Burner Gas Grill isn’t riding with me in the U-Haul to Music City!

For all those beautiful grills out there and the company that they keep (or keeps them), we hope you enjoy this Memorial Day Holiday!

EDITOR’S NOTE: This was a sponsored post on behalf of Char-Broil and their TRU-Infrared cooking technology, however, the relationship was all mine. For more information on Char-Broil, check them out HERE, on Facebook, Instagram and Twitter.