Becoming a dad for the first time is a moment that I’ll never forget. For me, it was 2009 and unfortunately what should’ve been a connecting moment between me and my wife, was the exact opposite. For a majority of men, I’m sure that juncture in time – that instant in which you both looked at the EPT test or first received the results from the physician – carried notes of positivity, moments of rejoice, elation and celebration.

One of my biggest regrets as a husband and father-to-be, was that I wasn’t present for that ‘moment’. Even though getting pregnant was something that my wife and I had discussed, planned on and added to our calendars – my self-centered nature took the wheel. It’s amazing how many fucks I couldn’t give, how little I cared about anyone other than myself. 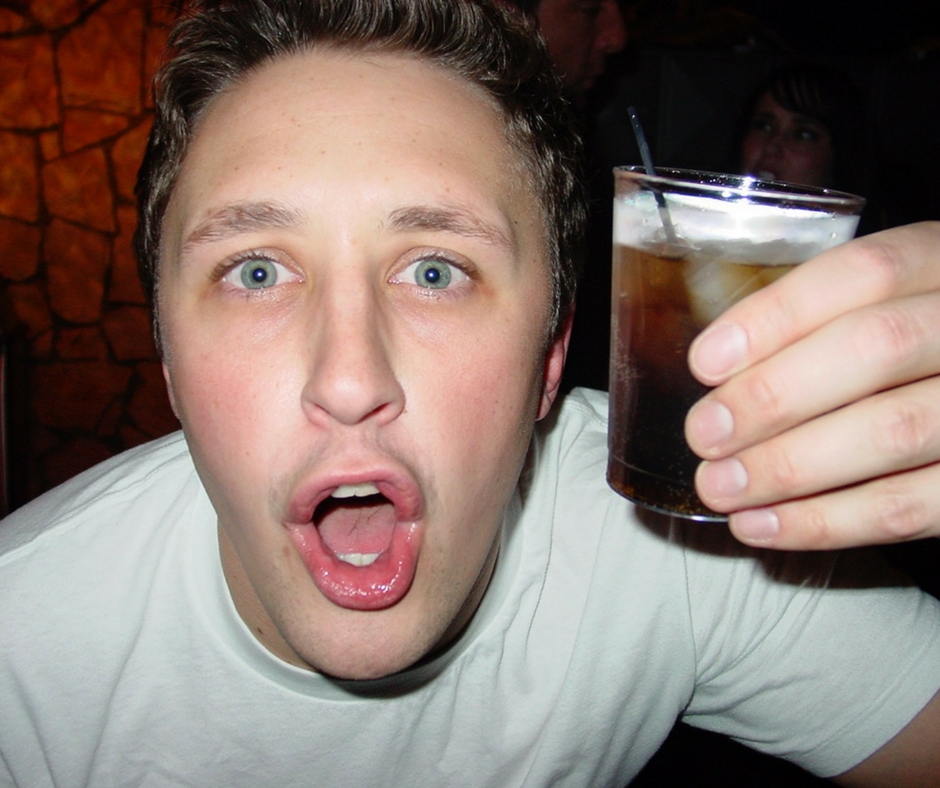 I stayed out really late the night before we could take our first test. And even though I DID catch a ride home that night – albeit 345am – my hope was that she’d forgotten about it. My hope was that she had slept in and neglected to take the test. But that wasn’t the case.

That morning, I didn’t get up (surprise!), so she took the early pregnancy test without me. Curiosity had gotten the best of her and with hindsight offering 20/20 vision, I completely understood.

For me, it was more important to sit by myself in a dark corner of the Improv on Melrose Avenue, watching and scouting young comedic talent as part of my job – something I did almost every night. It was more important for me to drink until I had triple vision and avoid the reality that would slap me in the face the moment I walked out the front door of the club.

Today, having that perfect vision that accompanies hindsight, I realize that I wasn’t mentally prepared to become a father. I was doing everything I could do to sidestep it. Why?? Because it took me out of my comfort zone. It meant that I would finally have to think about someone other than myself. I’d have to make sacrifices. I’d be faced with the challenge of cutting back on my late-night debauchery and spontaneous pursuit of reckless adventure, which even as a Newlywed, I continued to embrace.

As I’ve mentioned before over the last nine years of putting my life on the internet, I’m a creature of habit. I don’t always enjoy changing my routine, even though that ‘hindsight vision’ has proven to me time and again that stepping out of that comfortable zone generally results in bigger or better things. 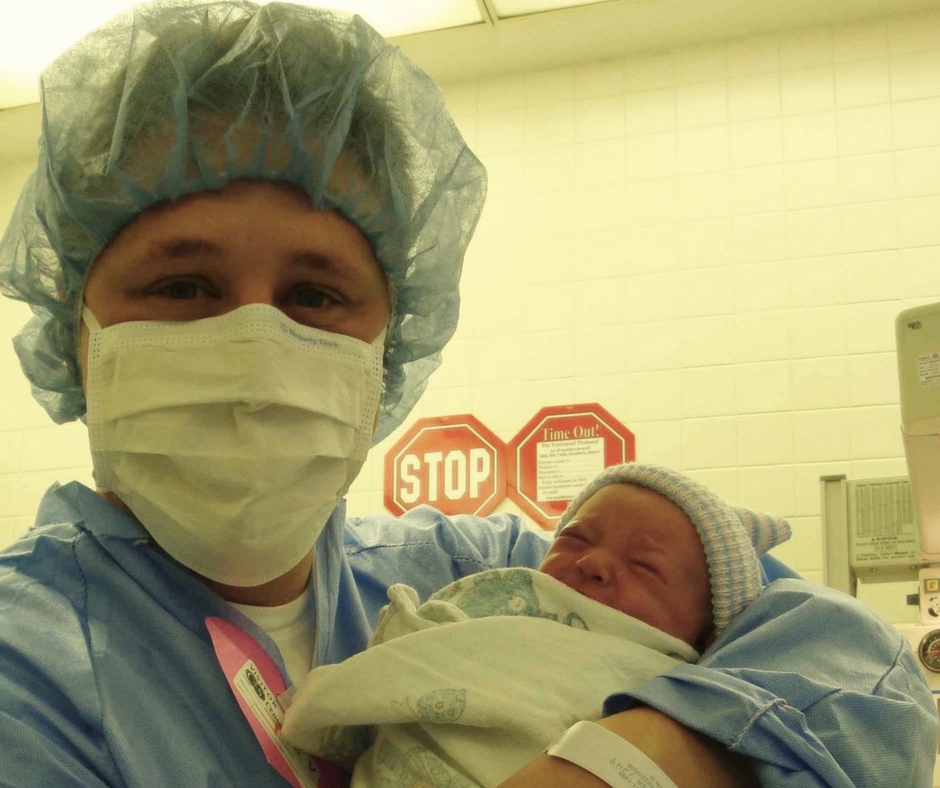 I was afraid of failure. Afraid that I would fail as a father. 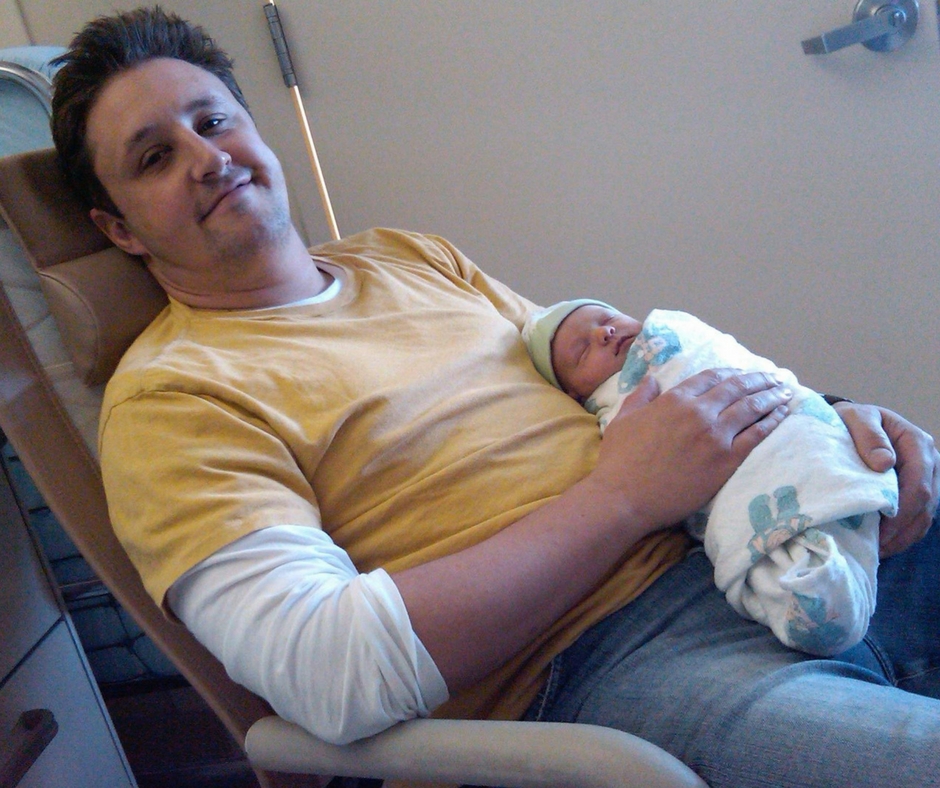 I’d be willing to wager that there are a lot of guys out there that are just like me when I was 33. Guys that just need a little bit of reassurance from a dad who has made it through to the other side. Someone to let them know that they’re not completely soulless – lacking human feelings and qualities.

That’s part of the reason that I wrote “We’re Pregnant, The First-Time Dad’s Pregnancy Handbook.” I’m about to become a father for the fourth time and I’m happy to report that the ‘fear’ is long gone. And I’ve even got enough clarity to offer some suggestions… 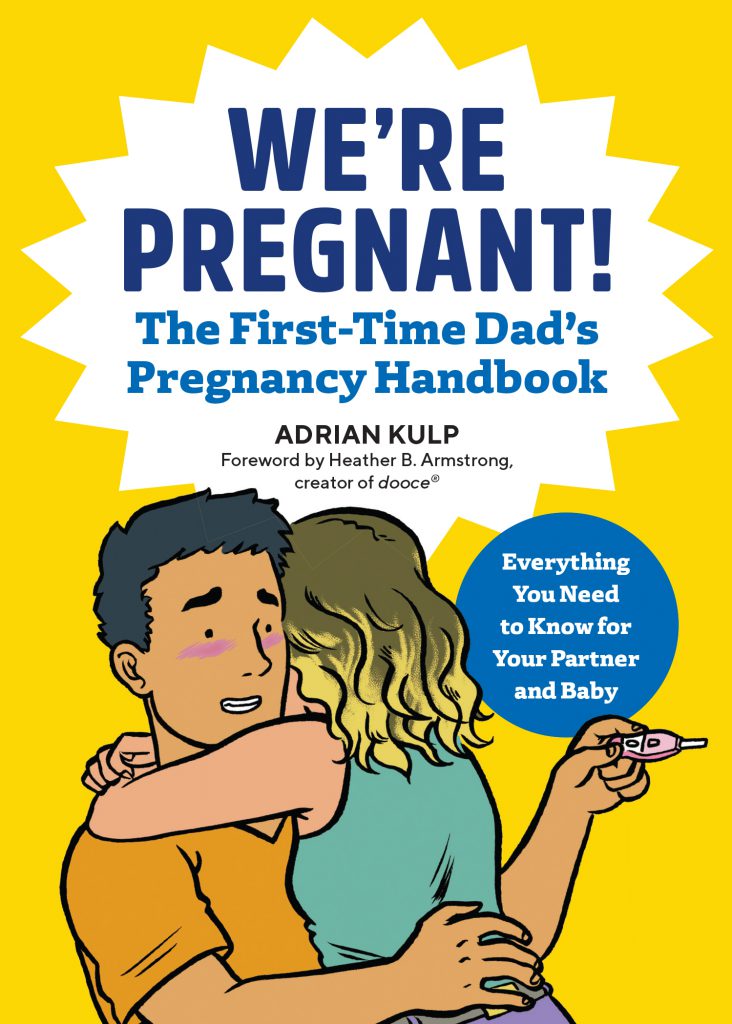 We’re Pregnant! addresses and alleviates the stress first-time dads (and all dads who want to try it a different way) face through candid pregnancy guidance, including:

Even though I know I let my wife and myself down that day, I’ve spent the last nine years making up for it. I can count on one hand the number of prenatal appointments that I’ve missed through four pregnancies and I’ve made it my goal and responsibility to never let the weight of any pregnancy fall squarely on my wife’s shoulders.

I used to hear “women become mothers the moment they see two lines on that stick; men become fathers the first time they hold their baby in their arms…” It doesn’t need to be that way. And I’ve laid out a road map to help get us there.

EDITOR’S NOTE: “We’re Pregnant, The First-Time Dad’s Pregnancy Handbook” is currently in pre-order phase on Amazon and will begin shipping out on April 24, 2018. This is an incredible resource for that dad-to-be in your life and also makes a great shower gift for the expecting couple! Thanks for checking it out and adding a copy to your library!