Twas the night before Christmas, when all through the house,

Not a creature was stirring, not even my spouse.

The stockings were hung by the chimney with care… 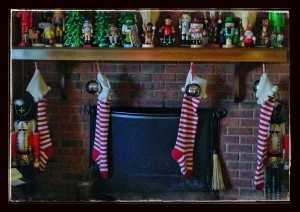 …as Daddy stain-sticked his kids underwear.

The children were nestled all snug in their beds, Benadryl seemed the most effective of meds.

And mamma in her ‘kerchief, and I in my cap, hit the head which was silent… 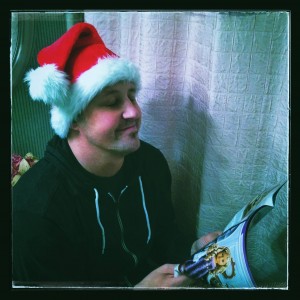 …to take a blissful crap.

When out on the lawn there arose such a clatter… …I jumped off the pot to see what was the matter.

I waddled to the window in less than a flash, nearly tripped on my boxers while throwing up the sash.

When, what to my wondering eyes should appear, But a sleigh and some animals checking out my rear.

With a little old driver, “Now Dasher! now, Dancer!  Now, Prancer and Vixen!  On, Comet!  On, Cupid!  On Donner and Blitzen! 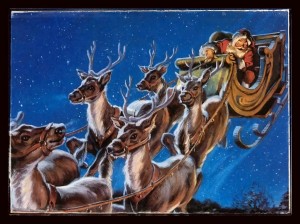 As I tied off my pants, and was turning around… 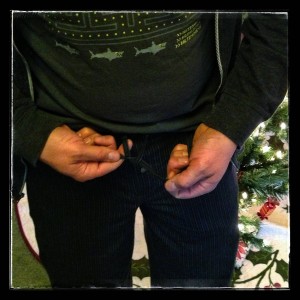 …down the chimney St. Nicholas came with a bound.

He was dressed all in fur, from his feet to his head, asked me if this was a bad time, as I shook my fist and turned red… 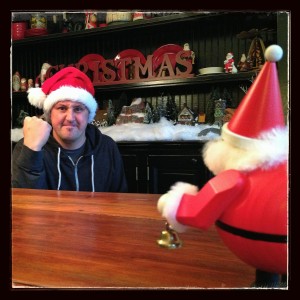 He had a broad face and a little round belly, he asked me what in the world was so smelly!

He was chubby and plump, a right jolly old elf, I pinched my cheeks to avoid shitting myself. 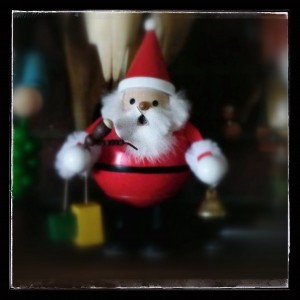 A wink of his eye and a twist of his head, the dude finally realized he should’ve called first instead,

He spoke not a word, but went straight to his work, And filled all the stockings and made me feel like a jerk.

And laying his finger aside of his nose, he offered me some Febreeze that smelled like a rose,

He sprang to his sleigh, to his team gave a whistle, as I shot back to the bathroom like a Patriot missile, 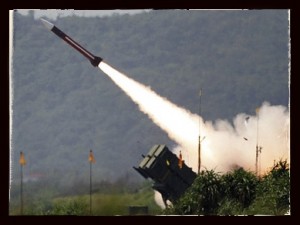 But I heard him exclaim, ‘ere he drove out of sight, “Get back to your business on this quiet Christmas night!”