The sun is still asleep at 5:45am, as his insanely annoying iPhone alarm screams from the nightstand. The man snaps up from what seems like complete hibernation into full attention, his arm firing across the side of the bed like a stinger missile, attempting to deactivate the noise before waking everyone in the house. He puts on the running shorts and shirt that he laid out the night before and ties a signature bandana across his forehead. He pops in his AirPods and hits the street for a few quick miles. This is Daddy Tasker, king of (trying) to get it all done. As the sun crests the horizon, he returns home, ready to crush the day or fail miserably and fake it ’til he makes it. His wife and kids are now awake and the daily wardrobe fights ensue – even though every outfit for the week had been picked out and agreed upon Sunday night. He takes the dog out front for a walk, turns on the lights in the fish and tortoise aquariums, along with releasing the kittens downstairs –  reminding his wildlings to feed the veritable circus of pets that at some point, he was convinced to purchase as a reward for good behavior. Dad makes his way to the kitchen, takes an ingredient inventory in the pantry and then the refrigerator. He glosses over the breakfast sausages this morning, because he knows that there’s a pack of Hebrew National hot dogs that are getting divvied up to lead the food crusade throughout the day. 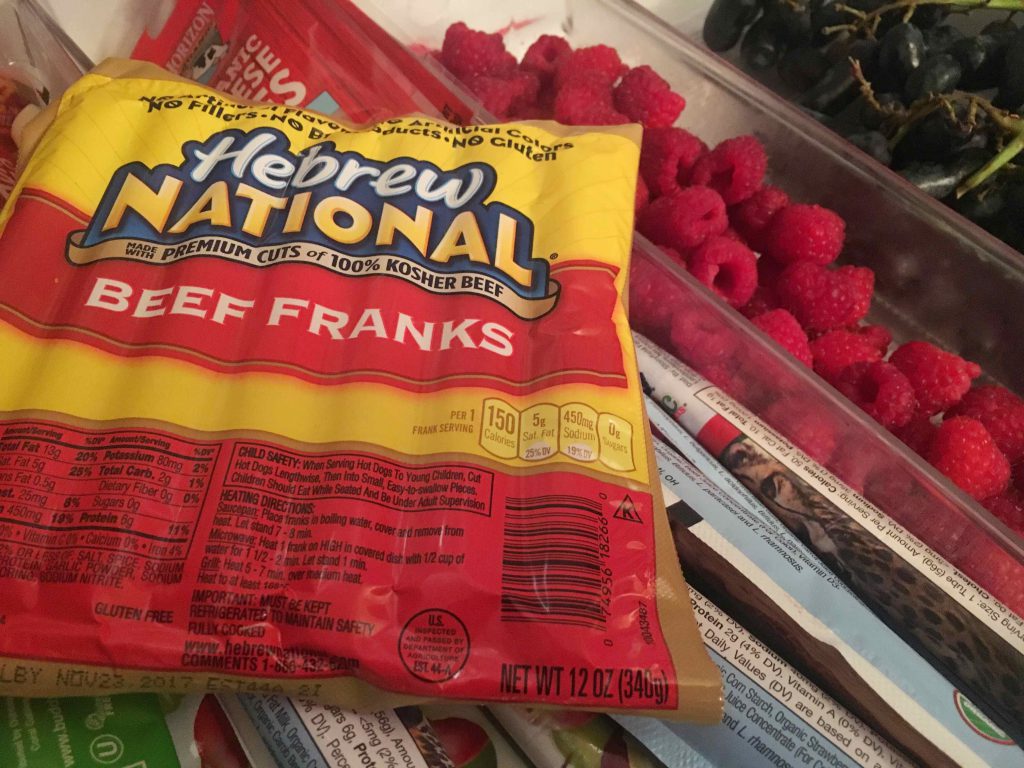 The eggs, toast and bacon are presented on the table with precision. The lunches (mom made the night before) are pulled from the second fridge in the garage (this is what happens when your family picture looks more like a team sports photo), Camelbacks are replenished and he high-fives mom, escaping the iron cage match as mom slides in. There’s really never a minute to spare, as he stands in the shower, dictating an email through his waterproof phone case, as coconut scented shampoo burns his eyes.

Tasker puts on his standard t-shirt and jeans combo as everyone files into the bathroom for the daily teeth-brushing ritual, followed by dad applying hair fiber mohawks, one after the next, until his daughter makes him talk to the hand. 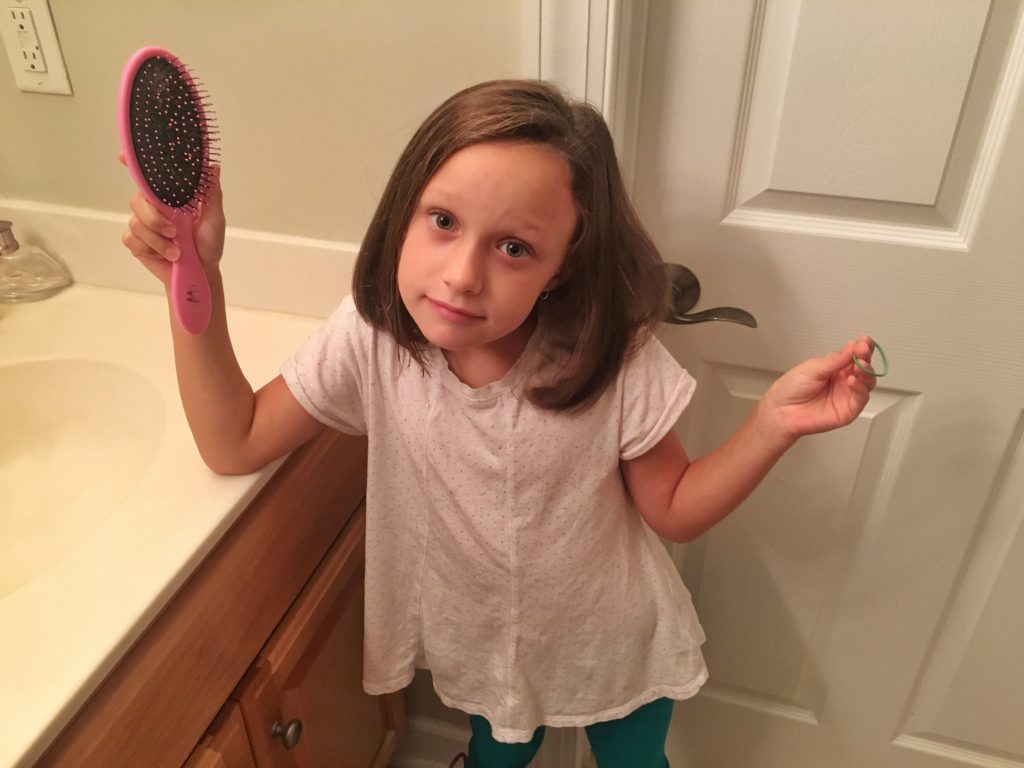 The kids are split up between two different vehicles – mom loads Ava and Charlie into her pristine commuter and whisks them off to elementary school. And dad? Dad puts Mason into this truck, the one that’s got yogurt and chocolate fingerprints dragged down the inside of every window and reeks of a forgotten wet bathing suit….somewhere. Once he’s off to preschool, Dad opens every window and listens to any and all rock stations at full volume the entire ride home. Three hours of quiet writers’ bliss quickly evaporates, as the half-pint hulk comes blasting back through the front door…. and he’s hungry.

There’s nothing better than being able to calm the beast with a few skillet-fried Hebrew National hot dogs, nestled into a bun that’s fresh from the toaster – with the simple fixin’s he loves. Three dogs down, five to go. Made from 100% kosher beef, these bad boys have a flavor that can’t be beat. 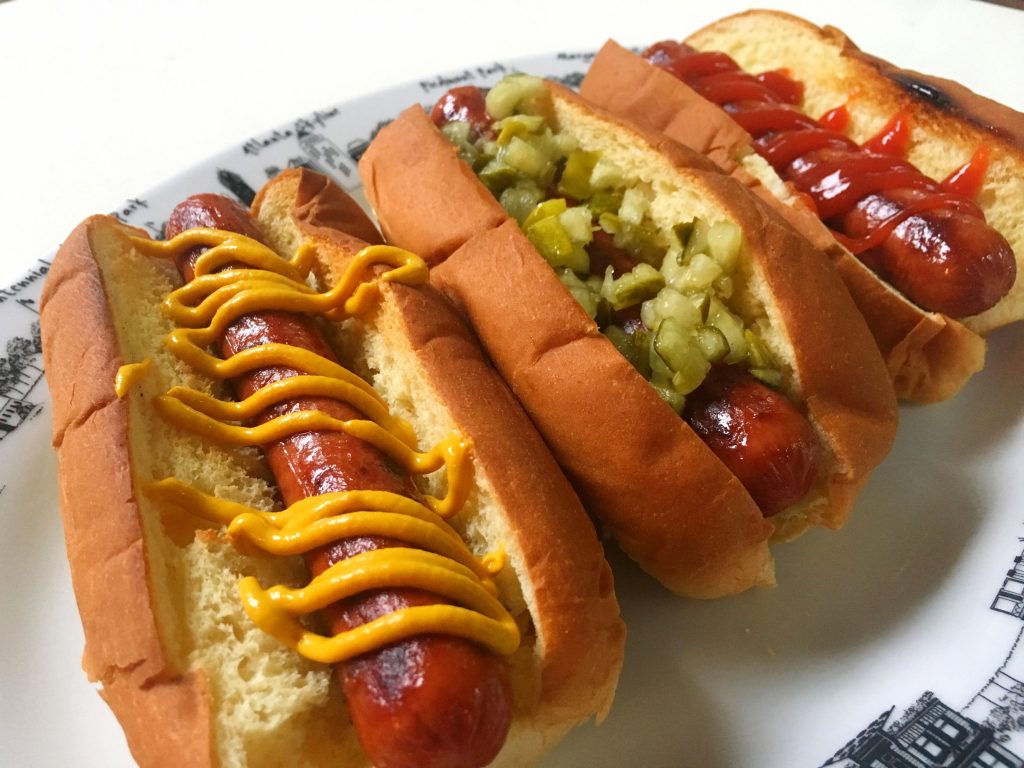 Tasker spends the next several hours dancing between his keyboard, paying utility bills and using his acquired detective skills to figure out who stuffed a pair of Johnny Test underwear into the hopper. He brings the recycling barrels in from the street and manages to catch the UPS guy before he does the unfathomable – attempts to ring the doorbell….sending both dog and toddler into a frenzy.

And with that sun now taunting the opposite side of the house, it’s about that time. Time for the other two to come barreling down the street, swinging their backpacks at one another – kicking down the door looking for any loose dollar bills that dad might still have in his possession. You see…the driver of the ice cream van hasn’t given up yet – even though school is back in session – he’s determined to get my kids to take me for every last dime.

And this is where the deal is made.

They agree that if they’re allowed to eat ice cream before dinner, they’ll put up zero fight when the plates are served. They’ll eat every vegetable without attempting to stuff them into their socks or drop them down the HVAC floor vent when I’m not looking.

Little do they realize, Tasker is gonna make it easy on them. He fires up the grill and lets those five remaining Hebrew National hot dogs do the dance…

And even though he’s torn through all of his buns, it doesn’t interfere with the task at hand. He calls an audible, cutting the crusts from sandwich bread and wrapping them up for delivery. 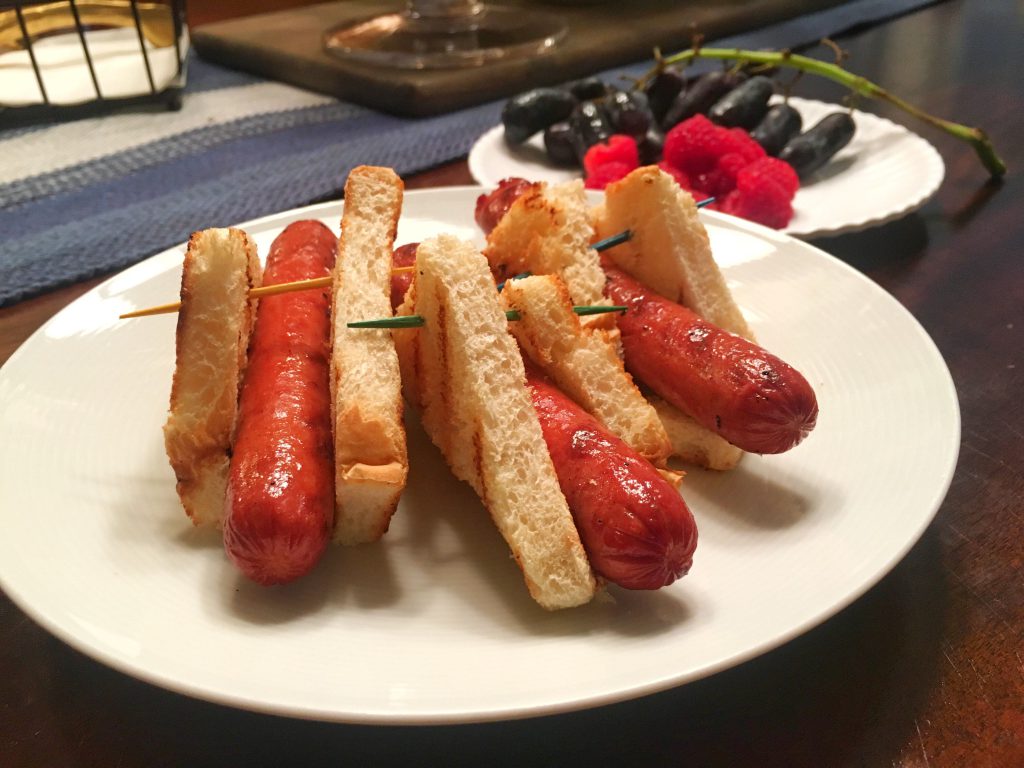 As the kids finish eating, the tub is filled and the grit and grime from a hard day is washed down the drain. 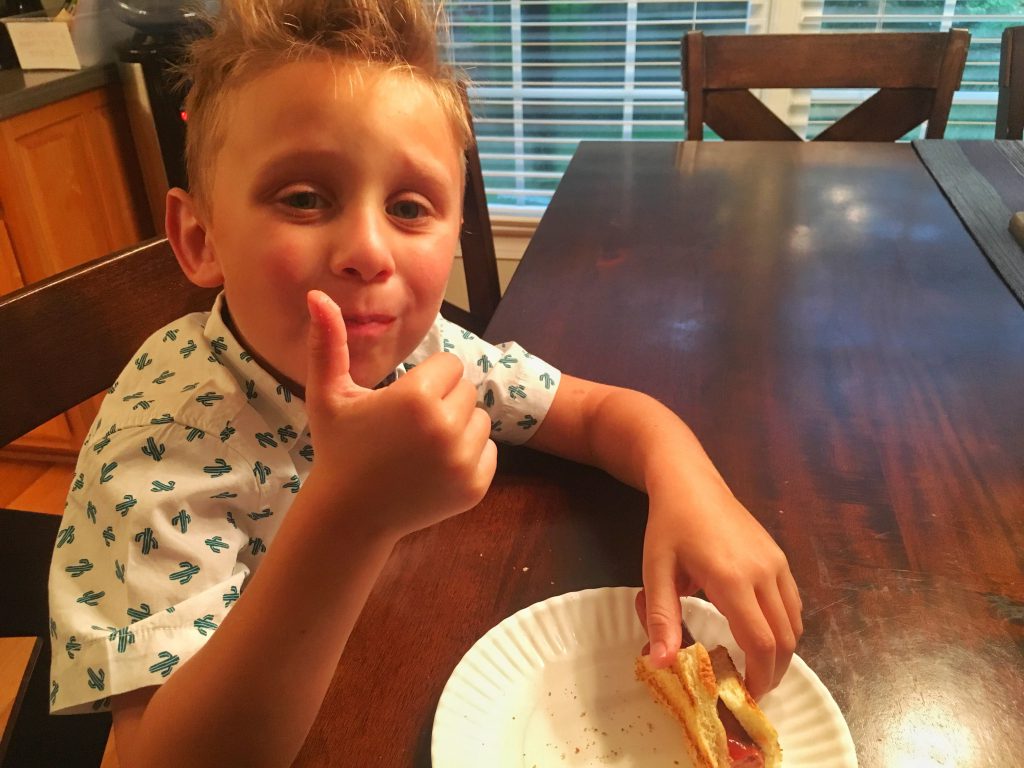 Most nights we try and eat together, but between school and activities, play dates and just plain life in general, we don’t always get the opportunity – and that’s okay. For tomorrow, we’ll give it another shot…