My first day back at work after the holiday was a rude awakening.  Within a few hours of being at the office, I found that my company had decided to take a less aggressive approach in scripted development and ultimately changed their direction.  With that, I was out of a job.

I had worked in comedy for the last 10 years in Hollywood, starting at a talent agency, then as a comic booker for a nationally televised late show and eventually a development executive and tv producer.  My life was stacked with meetings, comedy festivals, set visits and premieres.  I thrived on the fast-paced lifestyle, like a drug.  But at that moment, I felt like I got a bad dose.  I drove home in silence, considering the fact that, if I wasn’t working and was going to be at home, day care was OUT and I was IN.

I did what any man would’ve done, turned on my hazards and pulled over to the side of the freeway to have a panic attack.  I felt like an astronaut trapped on Apollo 13, the odds against me, hurdling through space, just hoping I would live to see another day.  I had just realized that I was about to become the primary caretaker for a 12 week-old girl.  This isn’t how I envisioned things to be happening right now.  I was much better suited as assistant manager or the funny sidekick.  I was the deputy for my wife, the sheriff, that’s how it was supposed to be.  I wasn’t capable of keeping this person alive for 10 hours a day by myself. 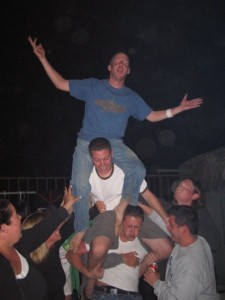 Not so long ago, ‘old’ Adrian was spending 4 nights a week scouting talent in the LA comedy clubs.  I slept in and played ‘Call of Duty’ until 3 in the morning.  I went camping once a month and spent Sunday’s at the Irish Pub watching football.  I was the guy (on bottom with trembling thighs) who inspired a human totem pole on vacation in Mexico.  I drove with reckless abandon and didn’t hesitate tailgating Sunday drivers.  I collected Pez dispensers and built Lego cities in my spare time.  I worked as an executive for both Adam Sandler and Chelsea Handler’s companies.  I had network notes calls about gay robots and how many times a comic could say penis on CBS… ever considered how hard it might be to convince Comedy Central’s standards and practices to let us say ‘smelly assgasm’ during primetime television?  I was a lone wolf who came and went as he pleased. 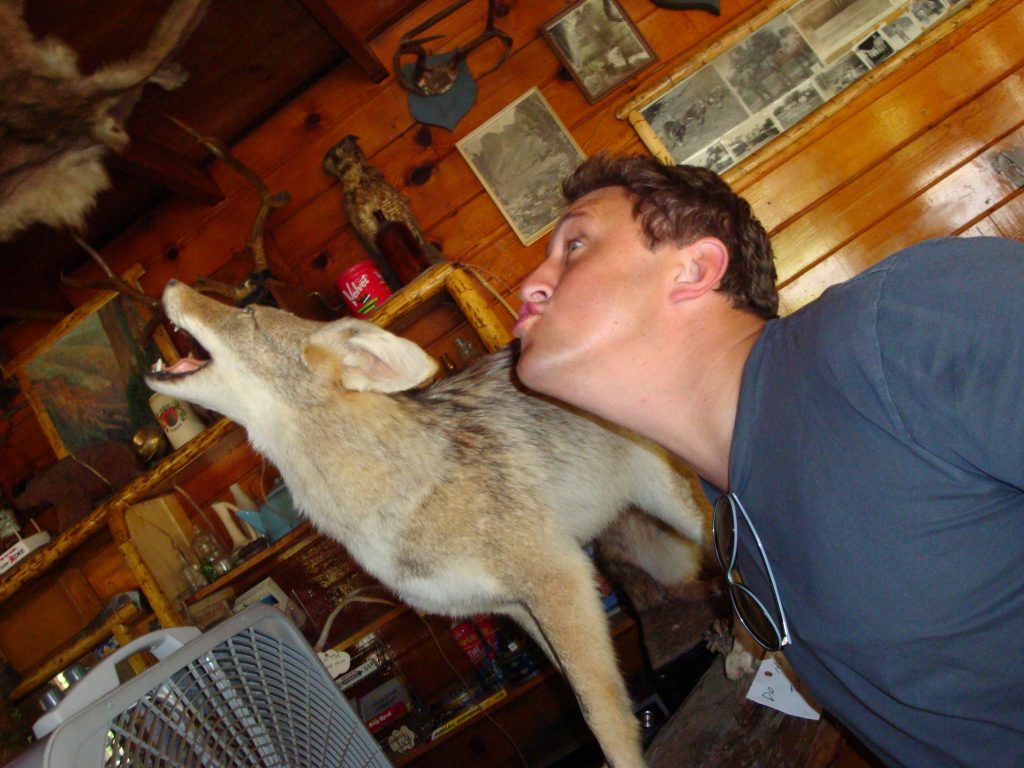 In the blink of an eye, I was no longer the ‘old’ Adrian.  I was the ‘new’ Adrian, toting around his wife’s boob milk and a Ziploc bag full of Cheerios, talking about engorgement while taking a walk with the neighborhood Moms. 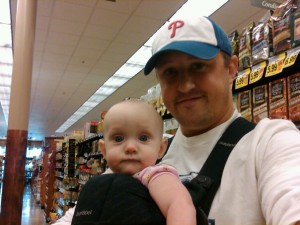 I was asking the manager for a high-chair with dried vomit and yogurt melts adhered to my collared shirt.  I was driving cautiously in a car that goes 155 mph, with a carseat and baby mirror strapped into the back.  I was clipping coupons and Bjorning around the grocery store to find the big savings.  I traveled with no less than a half dozen pacifiers (suckers) and often found myself asking the waiter at the restaurant where I could dispose of a ‘really bad’ shit diaper.  I was that dickhead jogging on the beach with my stroller and taking static from my friends after bringing a Pack ‘n Play to happy hour at his house. I got back on the freeway and continued home, in no real hurry to take this next step.  After a few days, the reality of the situation started to settle in.  During the first few weeks I was running my own little ‘guess and check’ game, trying to nail down changing and feeding methods, learning to get out of the house during the day and adapting to her schedule.  Little did I know that with every passing week, she was evolving and any type of firm schedule I thought I had developed went out the window.

I started to accept this as some sort of twisted blessing, knowing that the time I’m spending with my daughter now, is time that I’ll never get back.  Believe it or not, any success I’ve had was due mostly in part to my ability to find the humor in those everyday challenges.  Hopefully my somewhat cynical and often sarcastic approach to fatherhood will work out for us as we both find our way through life.

I am DAD or ALIVE.

Nightstand massager is always a head-turner...

After over two years without a haircut, Ava asked