HEY! I wrote a few books - CHECK THEM OUT!
2shares

It’s been eight years since I’ve become a father. Some might argue that my potty training experience began on day 1. I’ll refer to it as my state of ‘dormancy’. I spent the first year and a half (+) in the dugout, ‘riding the pines’ as they say… watching and waiting for my name to be announced over the public broadcast system. Finally, it was ‘batter up’. As Ava (my first) approached the 2-year mark, the echo of many online articles began to ring through my head. “Potty train your child before the age of 2 or forever be doomed!” was one of the headlines that I remember seeing and haunted me at night. Since we were first-time parents, we felt as if we needed to get the jump on anything and everything related to child development.

During the daytime, I began by encouraging her to use the potty every hour. I know that not everyone has this luxury, but being that I worked from home – I kept a musical potty in the kitchen at all times. It didn’t necessarily play well with the surrounding decor, but I’d soon realize that none of those little things mattered – every child will learn to use the potty on their own time and when they are ready! 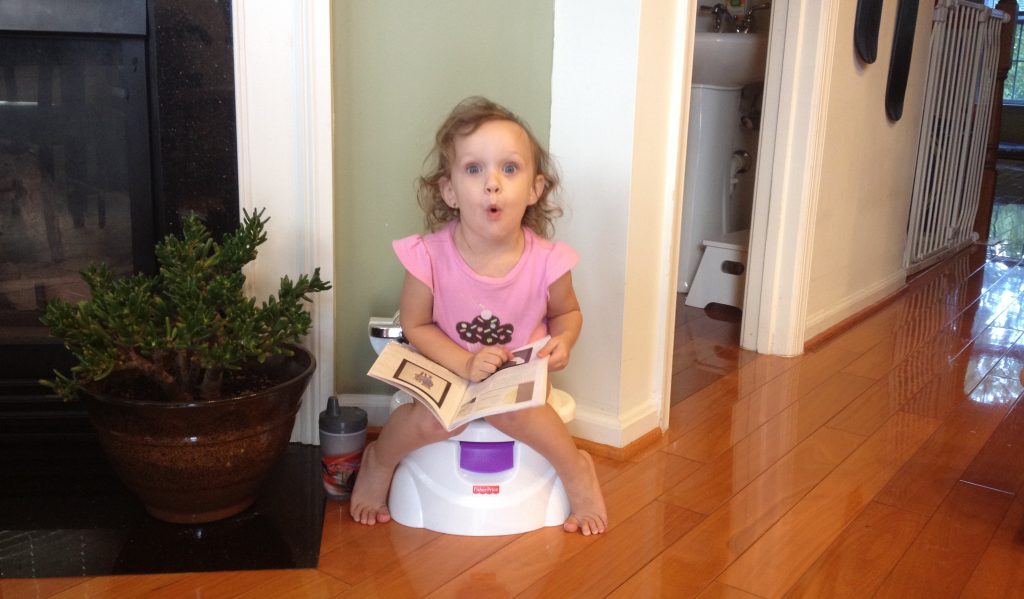 I also made a point to tell Ava that Pull-Ups Training Pants are for Big Kids and that we should try not to have any accidents while wearing them (another item that didn’t really matter!) Perhaps it was beginners luck, maybe she’s just a really fast learner OR there could be an element of truth to the myth that girls are easier to train than boys… but it took all of 1 to 2 weeks before she had the routine down pat. 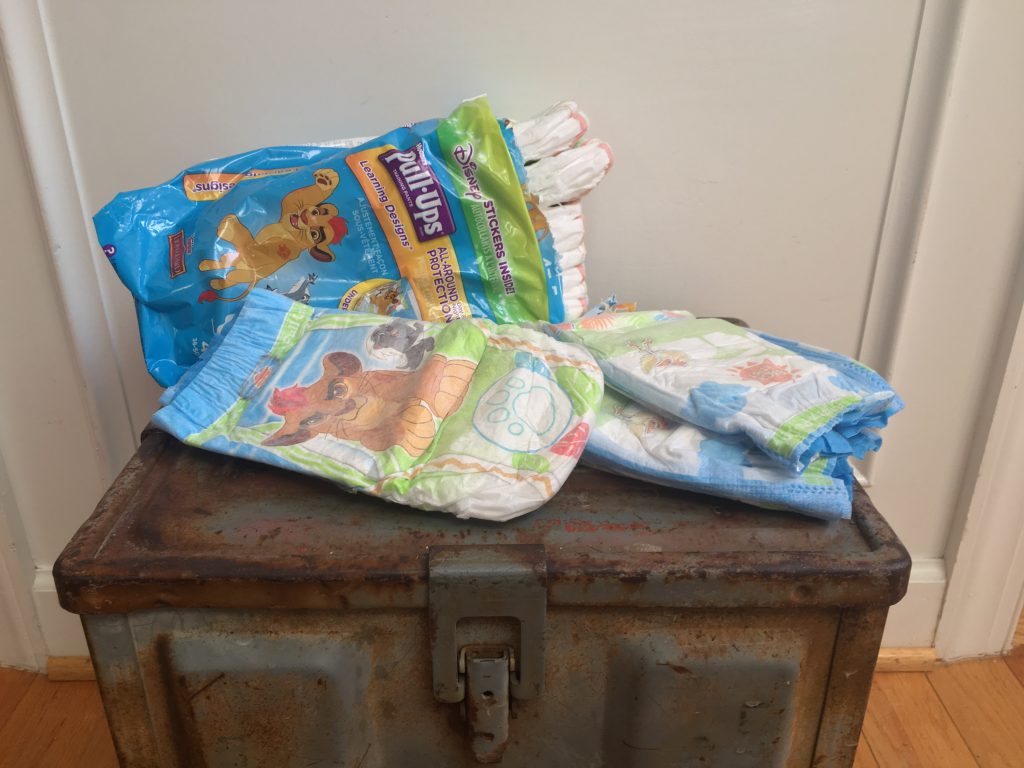 I will admit that during those weeks, I was apprehensive about leaving the house – the running joke was that ‘no one has seen Adrian in a while because he’s on potty training lockdown’. This manifested fear was mainly due to me getting caught in a pickle – ONE time – in the deli line at the grocery store. I was faced with an epic decision of having to choose between confirming the thickness (I need everything paper thin) of my lunch meat sample VS. running Ava to the nearest restroom (consistently hidden in most grocery stores, it’s almost as if they DON’T want you to use them). We ended up getting super THIN Pennsylvania Dutch Lebanon bologna, but the floor wasn’t so lucky. 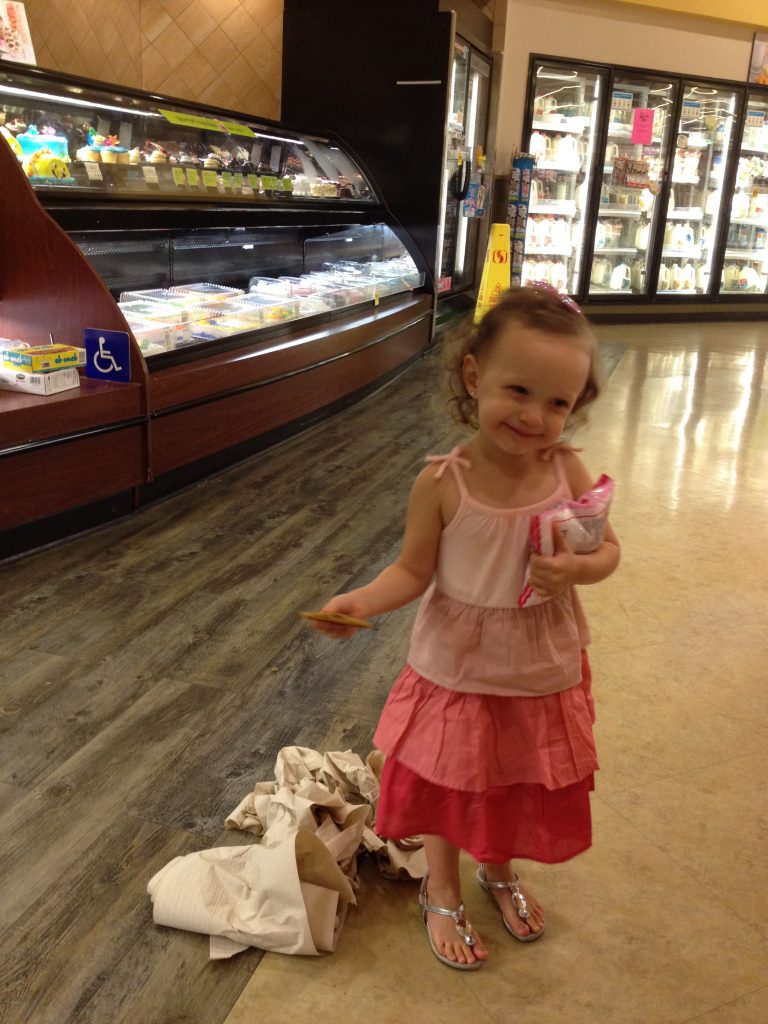 A little over a year later, our son Charlie came along.

Kid #2 WAS and REMAINS a tough case. I assumed that I’d follow the same routine that we did with Ava, still due to the overwhelming sampling of online articles, but also a small amount of mounting pressure from our peers. I figured that potty training a boy would be so much easier. We didn’t need to put emphasis on specific wiping techniques AND having the ability to stand up and pee made this SO much easier. Plus, the fact that I’ve been doing this specific routine for over forty years… win/win!

I can’t tell you how wrong I was.

Perhaps it’s because he’s a middle child. There’s a lot written about the struggles faced by children in this position. On one hand, they’ve got an older sibling to look up to, however, on the other hand, once the next sibling comes along, a majority of attention naturally gets averted elsewhere. And maybe, it just has to do with the fact that HE WASN’T READY. I tried everything from letting him pee on floating cereal to a reward-based incentive practice – none of it worked.

I wish I hadn’t rushed him before he was ready, because it ended up taking longer for us. It was the better part of two years before he didn’t have any accidents during the day. And even up to now, I still don’t know if it had anything to do with being a boy OR that he would simply get too consumed with playtime and become lazy. Pull-Ups were there to help us through a very frustrating time and Pull-Ups.com is a great resource to for parents (like me) to find tips, tools and advice on how to make potty training fun and exciting for kids – which we definitely needed! They’ve also helped train 50 million Big Kids and counting, so they know a thing or two about potty training! 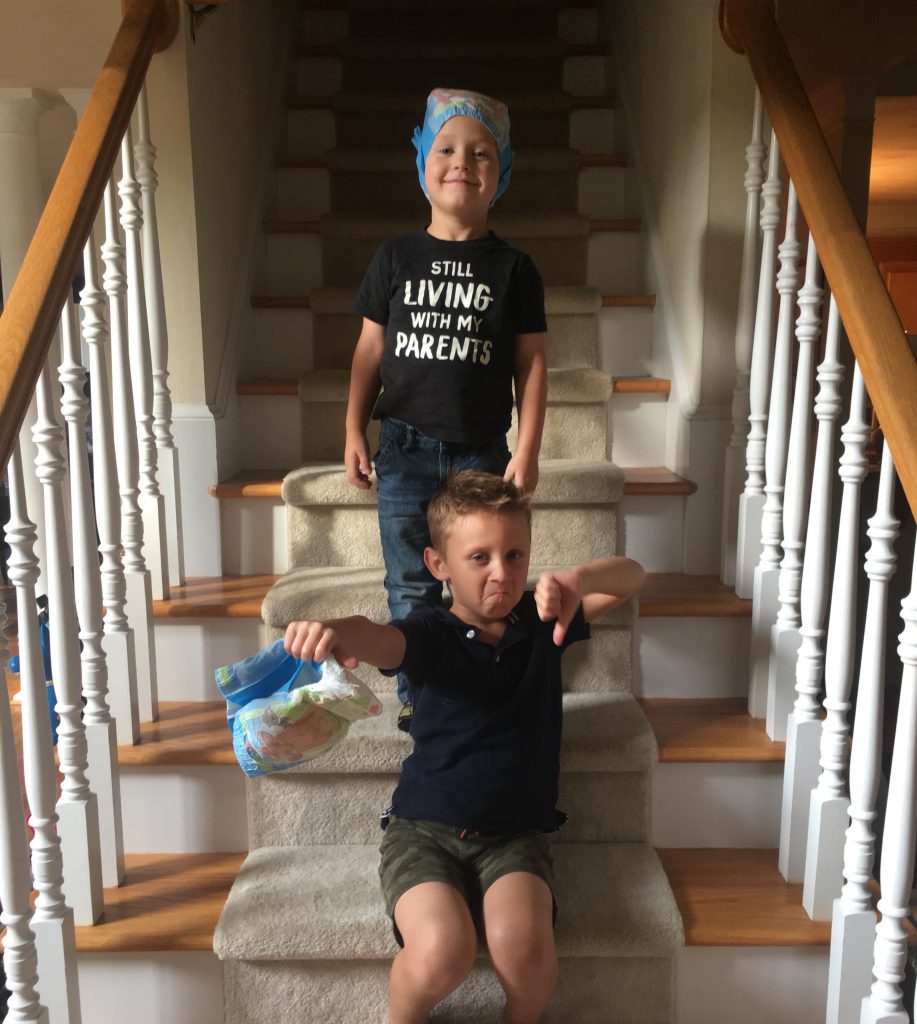 A couple years beyond Charlie, Mason made his debut. He is my sole reason to argue that the success or failure of potty training has nothing to do with gender. I learned the hard way, but all kids will be ready when they’re ready.

One night, when Mason was around the age of 2, my wife and I forgot to put Pull-Ups on him before bed, but the next morning, he was bone dry. Jen and I thought that it was some sort of fluke and that maybe one of us had woken up and changed him in the middle of the night without the other knowing. So we tried it again the following night, and the next and the next and here we are today – Mason will be 4 in January and he’s never had an accident, neither at night, nor during the day.

I think the biggest thing to keep in mind as you make the decision to potty train your little one is – to take every ‘myth’ with a grain of salt. Don’t force your child potty train before they might be ready, just because you read an intimidating article online. Test the waters from time to time, the more excited they are about achieving their own independence, the easier the process will be for you and your partner!

And truly, the bottom line is there is no universal ‘right’ age – the right age is when it’s right for you and your child. There are no ‘Fast Trainer’ awards given out on this journey we call Parenthood – except for how fast you can clean up the urine-soaked floor of a grocery store.