I’ve been on and off the road for the past few weeks, working on some cool stuff that’s about to rear its head – and somehow, my dad and I managed to miss celebrating our birthdays together. 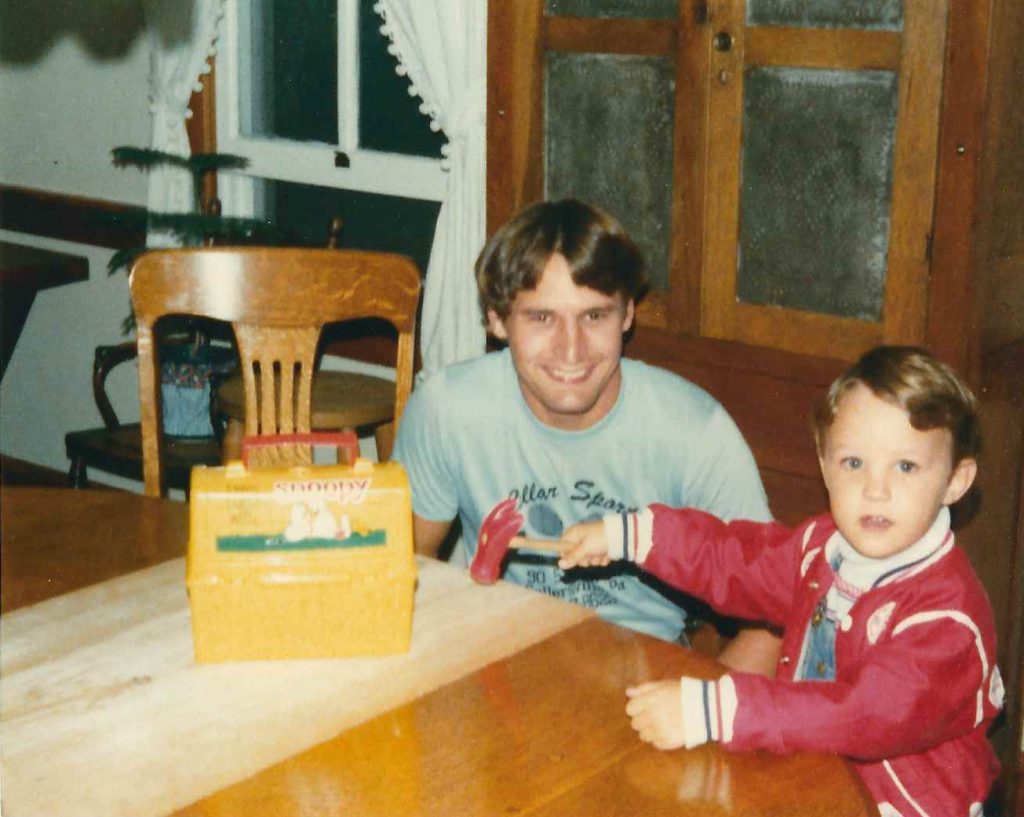 We’re only two days apart in the month of March and it’s taken us until this past weekend to connect. As most of you know, I love flashing back, talking about memories from my childhood and finding those parallels with my life today.

On Friday, I flew in from St. Louis and drove home from DC to Maryland, where I found my wife and kids already loaded up in the truck, waiting to hit the road to my parent’s house in Pennsylvania. It’s fun to take my kids into the country and share some of the same experiences that I had growing up. On Saturday morning, the weather held up long enough for us to take a ride to Jake’s Flea Market, located in a little town called Barto. It’s one of the places that I used to go to on the weekends with my mom in the 80’s, where I’d occasionally bring some of my baseball card doubles, line them up on a folding table and attempt to make a few bucks on a Rickey Henderson or Cal Ripken, Jr. rookie card. If I was lucky enough to score, I’d quickly pack up my binders and sprint across the parking lot to spend it quicker than I made it – buying more packs of cards containing stale gum and the element of the unknown.

Not much has changed in thirty-five years. It’s the same vibe – scruffy old dudes sitting on the tailgates of their pick-up trucks, peering over blankets of trinkets and treasures strewn across the ground. “Everything is cheap, don’t be shy!” they’d yell. I must’ve heard the same line a hundred times this past weekend. Walking up and down the aisles of the market was like taking a walk through my youth. Van Halen and Milli Vanilli cassettes, G.I. Joe figures, Rambo on VHS and Transformers.

I paused on an original Atari going for $80. There was tons of ‘As Seen on TV’ crap in its original package from decades ago: Matchboxes, PEZ, a Speak and Spell without the power cord and a discman that’s probably come back to that market every Saturday for 25 years because no one wants to get laughed out of the gym for wearing it.
It was fun explaining to my kids what Cabbage Patch dolls and vinyl records were. A lot of the stuff there was worthless—trends come and go, technology moves forward, but some things do remain the same.

As we picked up a funnel cake from the Amish father & son bakers, the rain began to fall. We made our way back to my parents’ house and my dad and I decided to take the kids on a nature walk. There’s a stream on their property (we always called it a crick) and it’s where I spent most of my days before I became a teenager. I used to disappear into the woods for hours, building forts out of dead logs and skunk cabbage (glutton for punishment as it releases an odor that attracts hordes of bugs), flipping rocks for crayfish and catching salamanders to keep as pets.

The stream had changed paths over time, but it all felt familiar. It was refreshing to walk the muddy banks of this tributary of the Hosensack Creek with Ava and Charlie, realizing how awesome it still was, all these years later.

As we hiked our way back to the house, the dreary Saturday felt reminiscent of those same moments where my dad and I would sit inside, watch baseball and grub down on some pizza and potato chips (aren’t they a stellar combo? or are you grossed out?)

Just for old time’s sake, I pulled open my parents’ freezer and was delightfully surprised to find Ellio’s Pizza. I almost couldn’t believe it. This is the same pizza that my dad and I ate way back when. I held it up and said “Dude, you guys still eat this?”

My dad smirked and said “If it ain’t broke…” and we both started laughing.

Ellio’s had been a staple in our house growing up. It was super easy to toss into the toaster oven for a few minutes – dad would always cut it differently, whether it was triangles, strips or bites – it was 100% REAL cheese with no artificial flavors. This past weekend, I got to share another one of those memories with my kids.

No matter how many years go by, certain things are too good to let go of. The #Pizzastalgia lives on – just like the box says, “Loved it then, love it now.”

EDITOR’S NOTE: This is a sponsored post on behalf of Life of Dad and Ellio’s Pizza (Dr. Oetker USA LLC) and while I’ve received compensation for this post – the thoughts, memories and opinions are all my own. Over the years, Ellio’s has busted the big guns, offering six different flavors of original crust pizza (Cheese, Pepperoni, Supreme Italian, Five Cheese, Italian Sausage & Pepperoni and Extra Cheese) and two different flavors of Sicilian-Style crust (Five Cheese & Pepperoni). To see if Ellio’s is offered in your area, check out www.Ellios.com for a store locator. ALSO, check them out on Facebook, Twitter & Instagram.